After the success of their last production (Joseph and the Amazing Technicolor Dreamcoat), the Young Australian Broadway Chorus is ready to present another show with a rather colourful agenda: The Wizard of Oz – Young Performers Edition. Featuring a cast consisting of members of the Young Australian Broadway Chorus, the show promises to showcase the talent of some of Victoria’s most gifted young performing artists as well as the songs and characters that most people allow into their hearts at a very young age.
Theatre People spoke to Jaimee Bennetts – playing Dorothy in this production – about what it is like to bring these iconic songs to the stage and how amazing it is to do so with a group of talented young people invested in the future of theatre. 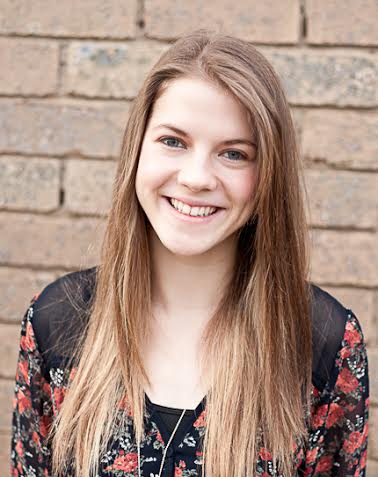 
First off, Theatre People learned that although the show is on stage early next month, Ms. Bennetts and her fellow cast members have not yet begun rehearsals. She has had a costume fitting and a one on one session with the musical director of the piece, but is still busy performing with the YABC in another engagement. Ms. Bennetts told me that at the end of the current run of 14 concerts being performed at the National Theatre in Melbourne, she will have a week long break and then will begin a heavy rehearsal schedule from 9am to 5pm for eight days, before heading into technical runs and then finally being ready to present The Wizard of Oz to an audience. She has, however, begun learning her lines, as the young performers version of the show omits lengthy musical numbers in favour of using dialogue and character interaction to further the plot line.
As a member of YABC’s “Triple Threat” group (YABC kids are divided into a hierarchy of groups in order for instructors to properly cater for specific ages and skill levels – the highest being the aforementioned Triple Threats), Ms. Bennetts is currently under a lot of pressure, but from speaking to her it is clear to see that she thrives on the stress of intense rehearsals and the emotional high of live performance. Hailing from the country town of Lancefield, Ms. Bennetts is currently studying the first year of her university degree and spoke about what it was like to first discover that other kids were as invested in performing as she was. She first auditioned and became a part of the YABC nearly 8 years ago, and believes that all members of the company are given the equal opportunity to develop their skills and advance to higher levels. She commented that she was “incredibly excited” about being given the opportunity to play her first major lead role within the YABC company, and told Theatre People that she cannot wait for rehearsals to begin so that she can perform with the other lead cast, the majority of whom also come from the Triple Threat group. She told us that although she has worked with the majority of the creative team before with various projects for Stage School and YABC, it would be “interesting to spend more time with them because they have such an amazing insight into the art of performance.”
Although Ms. Bennetts is slightly daunted by the idea that everyone in the audience of The Wizard of Oz will know the story of Dorothy and her mismatched gang, she is excited at the opportunity to play such an iconic role. She spoke to Theatre People about the cultural phenomenon of the show, and mentioned that she found out that she had received the lead role just before she visited Wicked for a second time. She said that it was “amazing to make the connections within Wicked, and to link them back to The Wizard of Oz,” and that the second time she saw the blockbuster at the Regent Theatre she saw it in a completely different light, unable to believe that a second work of such intricate fiction could be based on a first. As a child, Ms. Bennetts was given the film version of The Wizard of Oz and was immediately captivated by the story telling abilities of the music. She fell in love with the colourful land of Oz and the characters that live there, but was always able to understand why Dorothy returned to Kansas. She is over the moon to have been given the chance to wear the iconic shoes on stage and will make every moment of the experience count.
Theatre People also had a chance to catch up with Andy Coates, the Musical Director of the upcoming production. Finding him in a rare spare ten minutes, Mr. Coates told me that his schedule is just as unforgiving right now as Ms. Bennetts. In the middle of the same 14 show run of concerts before beginning rehearsals for The Wizard of Oz, Mr. Coates was full of nothing but praise for the young performers he has been working with recently. After being employed as a performing arts teacher in the education sector and currently working with Stage School, he told me he will always be blown away by the talent level and passion of the current generation of young performers.
For The Wizard of Oz, Mr. Coates will be musically directing around 70 young performers, all aged 10 to 18. The one week rehearsal period has meant that the company has had to opt for using backing tracks rather than a live orchestra (even though they have successfully had their performers provide the instrumentation for their holiday musicals before), so Mr. Coates plans to focus heavily on the perfection of vocal lines and harmonies in the show. He believes that with the help of such a passionate production team and the dedication of the young performers, anything can be achieved, including the feat of fitting the company of The Wizard of Oz into the Union Theatre at the Parkville Campus of the University of Melbourne.
After speaking to those involved with the upcoming production, it seems clear to Theatre People that in the case of Stage School and the Young Australian Broadway Chorus, there is no place like home – and that home is the theatre.

The Wizard of Oz is showing in the Union Theatre at the Parkville Campus of the University of Melbourne from the 10th to the 12th of July. Performance times and ticketing information can be found by following this link.

Theatre In A Box

The Mahabharata of Women