Win tickets to the world premiere of Beyond Desire

at The Hayes Theatre in Sydney

We have TWO double passes to be won.

with the subject line "Beyond Desire"

AND which cast member of "Beyond Desire" you are looking forward to seeing the most. 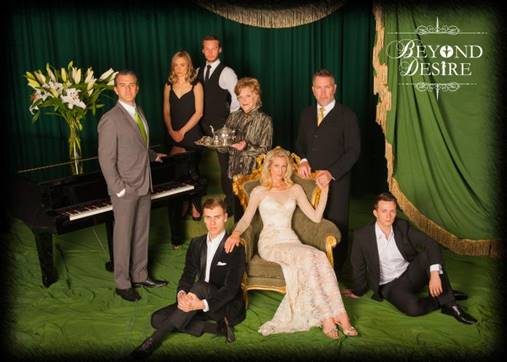 THE WORLD PREMIERE OF

Book and Lyrics by Neil Rutherford
Music by Kieran Drury

A Modern Edwardian Musical of Murder and Mystery

Loosely based on Shakespeare’s Hamlet and E.M Foster’s novel Maurice, the World Premiere of Beyond Desire is playing at Hayes Theatre Co from Friday, 21 November to Saturday 13 December 2014.

The year is 1910. Anthony, having recently graduated from university, is touring Italy when he receives a telegram from his mother. Anthony returns to England to find that his father has been discovered dead in a hotel in London.  Suspecting a deeper motive than that uncovered by the police, Anthony, with the help of his college friend James, begins to unravel the mystery behind the death; a discovery which embroils the whole family and household in a riveting story of passion, jealousy, love and deception. 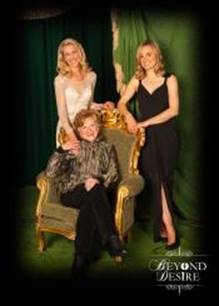 “I’m so thrilled to present the World Premiere of Beyond Desire in Australia at Hayes Theatre Co,” said Mr Rutherford. “I feel content that all the right elements have aligned together; the most perfectly brilliant cast, an exciting new venue and a piece which finds itself having delicately matured over the years following several workshops and readings. There is absolutely a place for every style of musical for today’s audiences, but Kieran and I have specifically written Beyond Desire, our third musical together, to be the antithesis of the high octane, large scale International musicals. We hope that the sensitive intimacy and ensemble nature of Beyond Desire will enthrall and excite audiences who value interesting new musical theatre and it’s ability to challenge and reward them with its material, gripping storyline and outstanding performances.

The musical score is written by Kieran Drury with book and lyrics by Neil Rutherford and is an intimate piece of musical theatre aiming to enthuse and excite a wide range of theatre goers. It is an ensemble book musical with a cast of eight, and – for the Sydney World Premiere – an orchestra of six consisting of piano, violin, cello, harp, clarinet and horn. The musical style has a contemporary musical theatre feel, but is inspired by the writings of composers of the period, including Elgar, Ravel, Debussy and Grainger 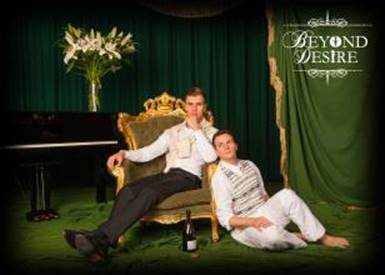 The Edwardian Period provides an extraordinary backdrop for this enthralling story at a time when the murder mystery was a popular genre both in literature and theatre. Following on from the traditions of the Victoria Penny Dreadful, and the huge increase in literacy, many would take home salacious stories of family intrigue, murder, revenge and ghosts. In the theatre, the likes of George Bernard Shaw and J.B Preistley were also challenging prejudices of politics, class, family values, marriage and the rights of women.  Beyond Desire aims to capture some of these themes and throughout the musical, twists and surprises provide tension and suspense as the intriguing mystery surrounding Edward’s death evolves. Encapsulating the universal ideas of love, class, family intrigue, and deception, the musical also concentrates on less familiar themes of incest and forbidden love, as well as a great deal of humour from the misunderstandings of household life ‘upstairs and downstairs’. With the current popularity of period TV Dramas such as Downton Abbey, Upstairs Downstairs, A Place to Call Home and Mr Selfridge we hope we will allow the audience to escape into a period genre which is evocative and sensual, but simultaneously modern in it’s telling.

The Wind in the Willows returns for young and old

DOIN’ IT FOR THE KIDS Digital Family Theatre Festival

Opera under the stars at The Pearl Fishers