Win tickets to see Millsy in his own show

… because he is surprisingly good!

Rob "Millsy" Mills first burst onto the scene as a finalist in Australian Idol and pretty much became a household name, developing a legion of fans in the process.

When first cast into a principal role in a professional musical production, there were of course plenty of cynics who questioned the casting choice, but inevitably found themselves commenting on how Mills is "surprisingly good".

This "surprisingly good" performer continued to have further success in numerous hit productions, touring around the country.  After 12 years of singing other peoples songs and saying other peoples lines Rob Mills is biting the bullet and doing his own one man show. It’s called Rob Mills is “Surprisingly Good”. It’s a play on how nearly every review of everything he’s done since Idol has been a backhanded compliment along the lines of ‘Can you believe Millsy was surprisingly good’.

In his usual cheeky manner he’s running a competition for fans to fill out the missing message on the paper stuck to his back in the show poster.  Keep it short, Keep it nice (we’re nice people round here) and most of all, have fun with it! 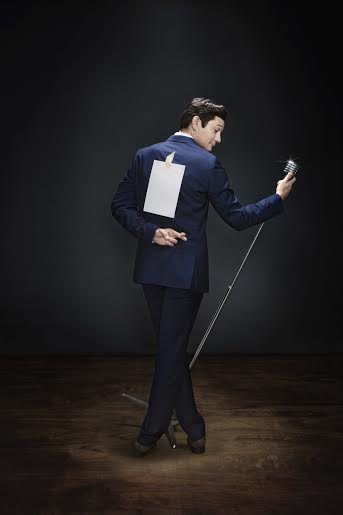 Simply go to his Facebook page at this link: https://www.facebook.com/RobMillsyMills

1st Prize is Opening Night front row tickets for you and a friend to his Rob Mills is “Surprisingly Good” show in your state. (AND your winning slogan printed on an official poster and autographed. Rob Mills will hand it to you personally after the show when… you meet him! Millsy then suggests you "take selfies and stuff, you know…whatevs".

Write it anywhere on his Facebook page www.facebook.com/RobMillsyMills  and make sure you tag in the person who you want to take to the show.