Win a double pass to see LOVEBiTES on Thursday 11th September, 7.30pm at the Hayes Theatre in Sydney.

Simply email [email protected] with your name and ONE word to describe love.


Entries close midnight Friday 22nd August.
There are two double passes to be win and winners will be notified by email.

Book and Lyrics by James Millar Music by Peter Rutherford 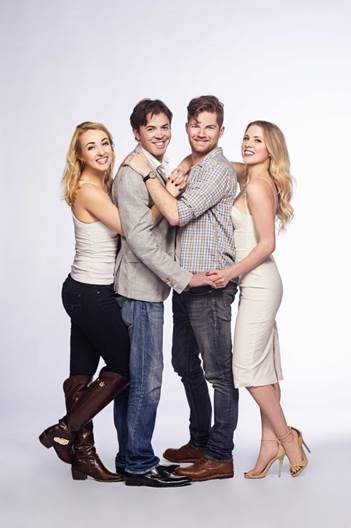 An exploration of one of life’s toughest battles, romance, LOVEBiTES will playing at Hayes Theatre Co from Wednesday, 10 September 2014.

From the writers of The Hatpin, LOVEBiTES is a series of short stories about falling in love, catching one half of each couple in the instant that love strikes and then hearing from the other half about how it ended up, giving us a unique, hilarious and moving insight into the separate perspective of the two individuals who share it.

The original production of LOVEBiTES was staged in 2009 at the Seymour Centre, and then went on to play in Perth in 2010 at the Playhouse Theatre. This new production is the theatrical debut for Wooden Horse Productions.

“LOVEBiTES is an extraordinary piece which was loved by audiences and critics alike at its premiere here in its home Sydney. 5 years the show has played around Australia, as well as in London and New York. I am thrilled to present the LOVEBiTES as Wooden Horse Productions debut show in a whole new way, giving Sydney the chance to be first to hear a brand new orchestration from composer Peter Rutherford” – Troy Alexander, Director.

See a sneak peek into the cast photo-shoot! http://youtu.be/21GUW8aIWUE

CURIOUS INCIDENT OF THE DOG IN THE NIGHT-TIME National Tour