Win a double pass to Tim Freedman’s Truth, Beauty and a Picture of You

Win a double pass to Truth, Beauty and a Picture of You at Sydney's Hayes Theatre

To enter simply email [email protected] and include your name, address, contact number and the name of your favourite Tim Freedman song. Entries close at midnight on Monday 28th April.

Truth, Beauty and a Picture of You 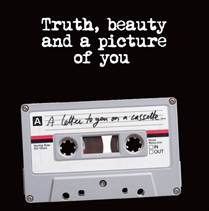 Directed and Produced by Neil Gooding

Music and Lyrics by Tim Freedman

Based on an idea by Alex Broun

Inspired by the characters, stories and lyrics of one of Australia’s foremost singer/songwriters, Tim Freedman. In a premiere production, Tim Freedman and Alex Broun’s Truth, Beauty and a Picture of You is playing at Hayes Theatre Co from Friday, 9 May 2014.

Truth, Beauty and a Picture of You is about the hope you find when all hope is lost, as four lost souls struggle to find peace with themselves and their pasts. If not, they’ll just have to move to Marrickville. Featuring many of Tim’s biggest hits from a life in music this new Australian musical theatre work is moving, funny and surprisingly romantic.

Tom’s dad Stewie used to be in a band. They were big – sort of. Legends on three blocks in the inner-west. That was many years ago and Stewie has long since gone to the big pub gig in the sky while the surviving band members, Anton and Charlie, are wrestling with their own personal demons: Charlie is holding up the front bar in a succession of pubs on King St while Anton just wants the past to stay in the past while he disappears into a blur of mediocrity. When Tom arrives in town from Taree to search out his dad’s old band mates, the slow decline of Anton and Charlie is rudely interrupted. 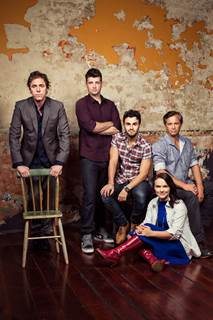 As a long time fan of Tim Freedman and The Whitlams, I am incredibly excited to be bringing Truth, Beauty and a Picture of You to the stage for its premiere production. Watch as classic Australian songs such as No Aphrodisiac, Blow Up The Pokies and You Gotta Love This City are re-framed into an original storyline about love, friendship, youth…..as well as lost love, lost friends….and lost youth,” said Producer and Director Neil Gooding.

Truth, Beauty and a Picture of You will be directed by Neil Gooding and features an extraordinary cast of Sydney’s finest musical theatre talent including Ian Stenlake from Sea Patrol and Guys and Dolls and Erica Lovell from Spring Awakening and Little Women. Also starring are Justin Smith, Toby Francis and Ross Chisari.

"Tim's music and lyrics have always captured a timeless essence of human interaction – love, longing, loneliness – that is at first very local but also deeply universal. And that is why I think his songs strike such a deep chord in all of us. We all have been there, felt that, done that – at some point of our lives," said Alex Broun.

“The intimacy of the new Hayes Theatre Co in Sydney is the perfect venue to launch the musical and the perfect place for the audience to get up close and experience the feelings and emotions of these much-loved songs and characters. We hope it's the launching pad for a longer journey for this work and I'm very excited to work with Tim, Neil, Andrew, Ian and the rest of the team to bring it to life," continued Alex Broun.

If you love the music of Tim Freedman and The Whitlams you’ll love Truth, Beauty and a Picture of You, featuring many of The Whitlams’ biggest hits from their four platinum albums performed live: Blow Up The Pokies, No Aphrodisiac, Love This City, Keep The Light On and Fall For You.

Hayes Theatre Co is a dedicated music theatre and cabaret venue in Potts Point which was formerly the home of the Darlinghurst Theatre Company.  Named for Australian musical theatre legend, Nancye Hayes OAM, Hayes Theatre Co honours and builds on the vast history of Australian Musical Theatre and its practitioners. This not-for-profit venue is managed by Independent Music Theatre, a collaborative partnership focusing on providing a permanent home for small-scale musical theatre and cabaret. By providing venue space to newly mounted productions, Hayes Theatre Co, will be a presenting partner together with independent producers and artists. Hayes Theatre Co is made possible through the City of Sydney's Accommodation Grant Program.

The Bald Soprano in Sydney

Tim Winton’s That Eye, The Sky on stage in Sydney