Win a double pass to see The Seagull in Perth!

You can win a double pass to see The Seagull on Tuesday 12th August at 7:30pm at the State Theatre Centre, Perth.

Simply email [email protected] and include:

– Your suburb and state

– And in 25 words or less complete the following statement: My dream is …

Two winners will each receive a double pass.

Some dream of fame, others of love; some wish for a clean slate, others for artistic genius. In The Seagull, romantic and artistic conflicts are rife and no one is giving up without a fight. Anton Chekhov’s work of genius tells the tale of the lives of unforgettable characters, in a sparkling new version that “feels fresh, funny, and highly relatable for a modern audience.” Don’t miss The Seagull starring Greta Scacchi! 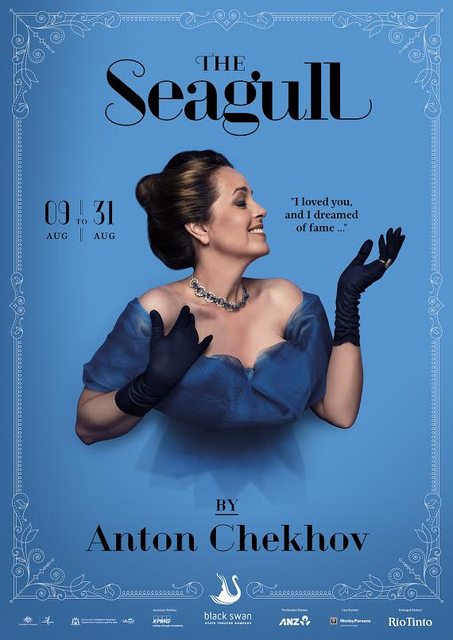 The lives of unforgettable characters, including the famous novelist Trigorin, the celebrated actress Arkadina, her son Konstantin and the young Nina, unfold in Chekhov’s work of genius. The Seagull is about the stories we craft out of our dreams and disappointments, about love in all its guises and about artists who behave just like everyone else – only a little bit more so! Tender and humorous, this play is for anyone touched by love, or anyone who harbours a secret passion for Who magazine.

A passionate, delightful, infuriating diva brings her entourage home to the family estate, and nothing will ever be the same again. Glittering with style, talent and passion, Emmy and AFI Award-winning and Golden Globe and BAFTA Award-nominated Greta Scacchi is born to bring Arkadina to life. By Anton Chekhov (in a new adaptation by Hilary Bell, by arrangement with the State Theatre Company of South Australia) “Chekhov’s plays were the greatest since Shakespeare.” The New York Times "This production celebrates WA's community that knows so well the joys and perils of welcoming home friends and family from foreign climes. Will they delight us with their adventures or carelessly wreak havoc? The brilliant Greta Scacchi brings to life Chekhov’s fascinating actress, Arkadina, while her beautiful daughter Leila George lights up our stage as Nina.” Kate Cherry