Win a Double Pass to see Next to Normal

at The Hayes Theatre, Sydney

with your name and address

(hint: read below for the answer!)

There are 3 double passes available for Thursday 8th January, 2015 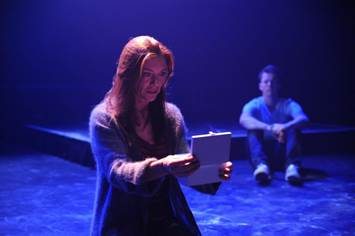 Book and Lyrics by Brian Yorkey

Boasting the Pulitzer Prize for Drama and three Tony Awards including best musical score, Doorstep Arts in association with Hayes Theatre Co will present Next to Normal at Hayes Theatre Co from Thursday 8 January after a wildly successful season in Geelong earlier this year.

With poignant lyrics and a powerful contemporary rock score, Next to Normal is an insightful and fiercely honest story of love, loss and family life. Reprising her critically acclaimed role, Natalie O’Donnell (Mamma Mia, The 25th Annual Putnam County Spelling Bee), leads a superb cast as Diana, a troubled woman in danger of being engulfed by her past. Cathartic and ultimately uplifting, Next to Normal challenges us to ask the question, ‘What is normal?’

Playing its Sydney professional premiere, Next to Normal was rated the Theatre People’s Choice for the number one production over its two-week Geelong season and Director Darylin Ramondo is excited to introduce this critically acclaimed production to a Sydney audience.

“We are thrilled to have Doorstep Arts’ production of Next to Normal is part of the line up Hayes Theatre Co for 2015. Next to Normal is a powerful piece of modern music theatre that manages to touch the heart and soul of those who see it. Though it’s subject matter is complex, it is intelligent, witty and full of heart, and is beautifully conveyed by this exceptional cast, led by Natalie. Hayes Theatre Co has built a strong reputation for offering audiences an intimate theatrical experience and this production continues in that tradition. We cannot wait to introduce this extraordinary show to Sydney audiences”, said Director Darylin Ramondo.

"THE BEST piece of theatre I have ever seen …… Perfectly performed, perfectly directed and amazingly written" – Theatre People

"Next to brilliant… It’s something of a rollercoaster ride, one that leaves you feeling worked-over and exhilarated" – Geelong Advertiser 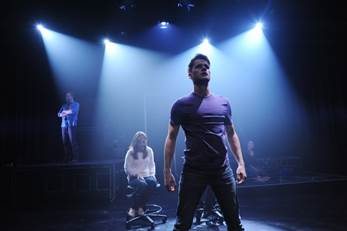 Based in Geelong, Doorstep Arts is a leading independent theatre company committed to creating exceptional and innovative theatre. We relish in our enviable reputation for bringing contemporary musical experiences to our audience, for enriching the cultural identity of our community, and for promoting the artistic excellence of our city. Starring some of our nation’s most recognised performers, recent productions include the Australian premiere of Three Sides, The 25th Annual Putnam County Spelling Bee, Songs for a New World and The Last Five Years.

The Addams Family comes to Sydney