Win a double pass to Grease

School's about to resume at Rydell High as the cast of Grease return for an encore Melbourne season and we have TWO double passes to give away for the performance on Sunday 14th December at 3pm.

AND – who is your favourite character in Grease?

Please note: You must be available to attend the performance on Sunday 14th December. 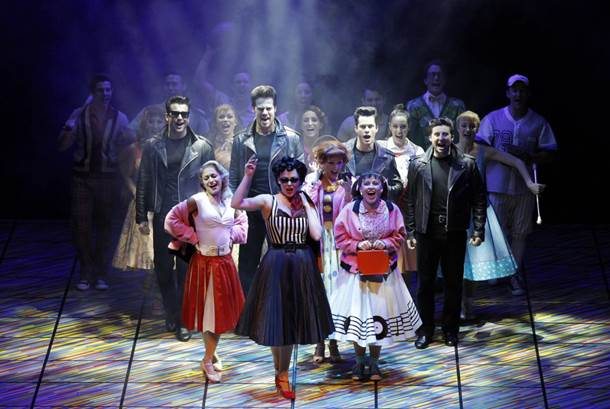 More than 160,000 people in Melbourne enjoyed the production when it premiered in January this year. Producer John Frost was thrilled, saying, “GREASE is one of the most successful shows ever staged in Melbourne; the entire three month season was a sell-out. It’s one of the highest selling productions ever at Her Majesty’s Theatre, and one of the fastest selling shows to play in Melbourne. Rarely have I seen audience reaction like the one we get every night for GREASE, with everyone in the aisles dancing and singing along. GREASE truly is Melbourne’s Number One Party Musical!”

Leading the all-star cast in the iconic roles of Danny and Sandy are much loved entertainer Rob Mills and rising star Gretel Scarlett. Bert Newton returns to his radio roots playing the role of slick veteran disc jockey Vince Fontaine, while Todd McKenney dusts off his dancing shoes to star as Teen Angel. Television and stage veteran Val Lehman returns to musical theatre to play Rydell High’s tough school principal Miss Lynch, while Lucy Maunder plays bad girl Rizzo, and Stephen Mahy is Kenickie. The role of heart throb rock star Johnny Casino will be played by John Paul Young, who took over the role for the Perth, Adelaide and Hobart seasons.

This high-energy, smash hit musical includes such unforgettable songs as "You’re The One That I Want," "Grease Is The Word," "Summer Nights," "Hopelessly Devoted To You," "Sandy," "Greased Lightnin'" and many more. So dust off your leather jackets, pull on your poodle-skirts and take a trip to a simpler time as “bad boy” Danny and “the girl next door” Sandy fall in love all over again.