Why we love bad girl Rizzo

Summer break is over for the students of Rydell High. Yes, the party musical is back and Grease it still the word! After a sold out Melbourne season earlier in the year, this energy-packed musical has returned to Melbourne for its final season. Grease has toured this year to Singapore, Perth, Adelaide and Hobart to packed theatres and standing ovations. It seems the smaller capital cities have loved their Grease experience.

All the favourites are back – but just who is the most favourite of all? When Theatre People ran a competition and asked readers who their favourite character was, nearly half of the entrants said Rizzo. This doesn't really surprise Lucy Maunder, who plays Rizzo in this production of Grease. Growing up and watching the movie, Rizzo was always Lucy Maunder's favourite character – and now she gets to play this iconic character eight times a week.

Maunder feels audiences like Rizzo because she is “inherently cool.” As Maunder explains, girls want to be one of the Pink Ladies and Rizzo is the leader of the group. Rizzo's the most grounded and sassiest of all the Pink Ladies. Despite the tough exterior, Rizzo is also very vulnerable – particularly during the song, “There Are Worse Things I Could Do” – and this allows audiences to relate to her. She puts up a front of being tough and strong but deep down Rizzo is very vulnerable and definitely has a soft side and is threatened by the arrival of the pretty and prissy Sandy.

Mind you, Maunder is a pretty tough chic herself. During the short season of Into The Woods by Victorian Opera Maunder tripped and broke her toe. The show had to go on, and Maunder continued her role as Cinderella with a strapped up broken toe. When Into The Woods ended its sold out limited run season, Maunder was back on a plane and ready to perform as Rizzo in Adelaide just two days later! 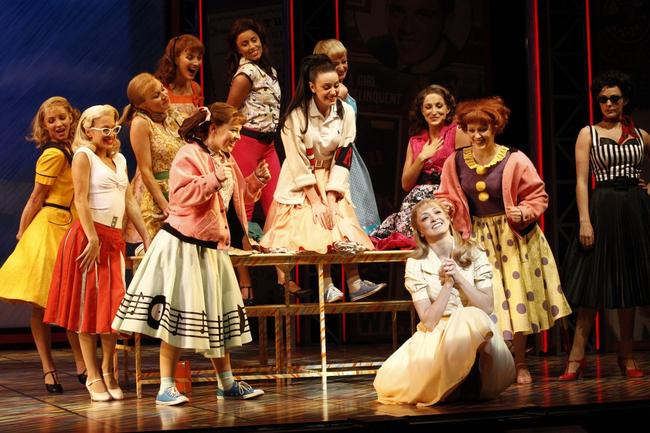 Maunder is aware that some audiences find the ending a little unusual these days – and with the rise of feminism, almost seeing Sandy as betraying not only her true self, but other women, and sending a wrong message to young girls. However, Maunder read an interesting essay recently which suggested Sandy was not changing simply to get her man, but rather Sandy was discovering her emerging sexuality and breaking free from her previously held inhibitions. More liberating than betraying. 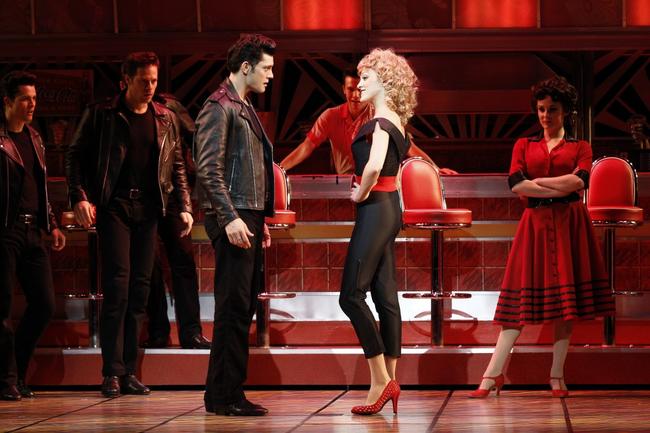 “Grease Is The Word” is arguably the real opening to the show and delivers a powerful “wow” moment from the very start. Emerging from a smoky stage the audience is introduced to the full ensemble – and without anyone needing to utter a word, it is very evident just who is who. Right in the middle of the group, leading them out, is the very obvious leader of the Pink Ladies – Rizzo. From the first confident step, Maunder struts out as the bold and sassy Rizzo that fans know and love. 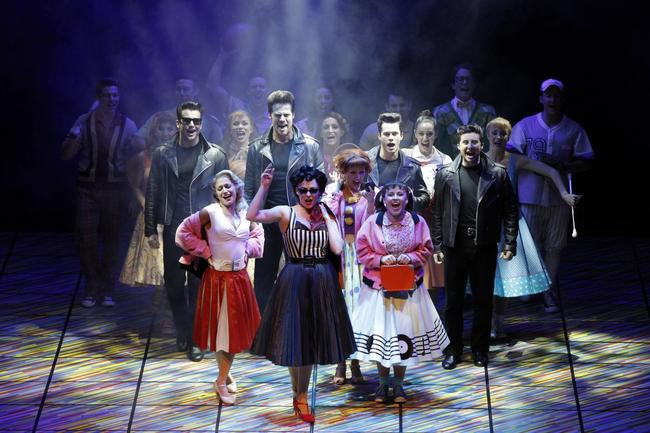 Maunder admits it's actually a very nerve-wracking moment as she stands on the stage waiting for the screen to lift and the music to start. Maunder explains she has to remain really grounded and focused; poised with her arm up holding her cigarette, her shoulder back and her head held high … ready. As she leads out the cast the audience reaction can often be heard – the gasps at this immediately recognisable iconic image, people quickly pointing out who is who, the cheering and applause. She admits it's harder to hear the audience reaction in the larger Regent Theatre but trusts the reactions are still the same.

Stephen Mahy can understand the audience love for Rizzo.  Mahy partners Maunder as Rizzo's on-again-off-again boyfriend Kenickie. He feels Rizzo and Kenickie have a relationship that audiences can relate to.

Mahy also understudies the role of Danny, and performed the role for the full duration of the Singapore season. Although he enjoyed this opportunity to play the leading man, Mahy actually prefers the role of Kenickie. It's the first time Mahy has played the bad boy and he is loving it … and of course he gets to perform the mega hit audiences all love: “Greased Lightning.” 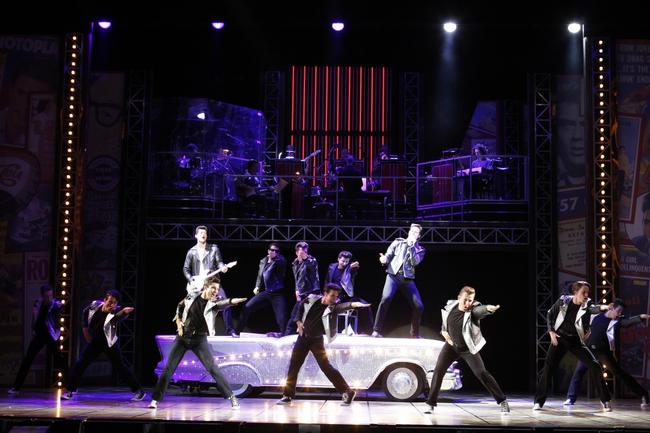 During the recent break in performance for the cast of Grease, Mahy travelled to New York City, where he took acting classes for 6 weeks … and pretty much saw every show he possibly could while he was there! It was an incredible experience and Mahy has returned much fresher and inspired for this final season of Grease.  He says there is possibly even more energy this time around – everyone has had a break, but have returned knowing this will be the final time performing together for this very special cast. 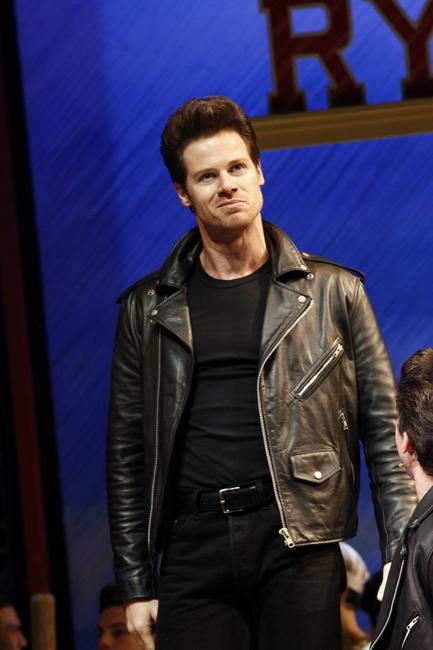 Whether you saw it last time or missed out on tickets when the season sold out, Grease is a fun night of theatre. Cheer, applaud loudly and enjoy the party musical of Grease before this senior class of Rydell High finally graduate and move on to other things.

Grease is playing at the Regent Theatre in Melbourne until January 24th.

The Two Sides of the Coin