My sixteen year old daughter loves performing and has been involved in four musicals at her high school. Last year she auditioned for a local amateur production of Oliver, and landed an ensemble role. Wow, did that end up being a crazy, busy and exhausting time of year for the entire family! She has always been a busy girl, gymnastics training, Young Australian Broadway Chorus (YABC) rehearsals and maintaining a high academic standard at school. What would one more activity matter….until she had to sacrifice gymnastics for Oliver rehearsals, YABC rehearsals for Oliver performances, sleep for… well everything!
It was a fantastic experience for her, she met some wonderful people, got to perform in six shows, danced and sang in countless songs and even picked up a speaking role. It was also an interesting life building exercise for her. She admitted after it was done that she may have taken on too much and that her school work suffered and that her gymnastics wasn’t to her usual standard. This was a huge step for her to realise that maybe she isn’t superwoman and can’t do everything all at once.
I was a bit selfish afterwards and told her that she couldn’t do another show until either she could drive herself there or she retires from gymnastics. For the few months whilst in rehearsals for Oliver I felt like a taxi driver, more than usual, and it has probably meant that her brother and sister have missed opportunities to do shows also because of the commitment it requires.
What I learnt from this experience is that being involved in an amateur theatre production takes commitment, time and effort not just from the person involved but from the entire family. So why do it? I can understand the point of view of the performers, the desire for that “15 minutes of fame”, to showcase their talent, they receive direct gratification with a standing ovation from the audience. But amateur theatre is not just all about the on stage performers. There is a multitude of behind the scenes helpers involved in putting on a musical. I wondered – who are these people who give up their spare time to volunteer behind the scenes?
Then I found Dorothy Armstrong. Dorothy lives in Horsham, a regional town in the Wimmera region of Victoria, 300km north-west of Melbourne, with a population of around 14,000 people. 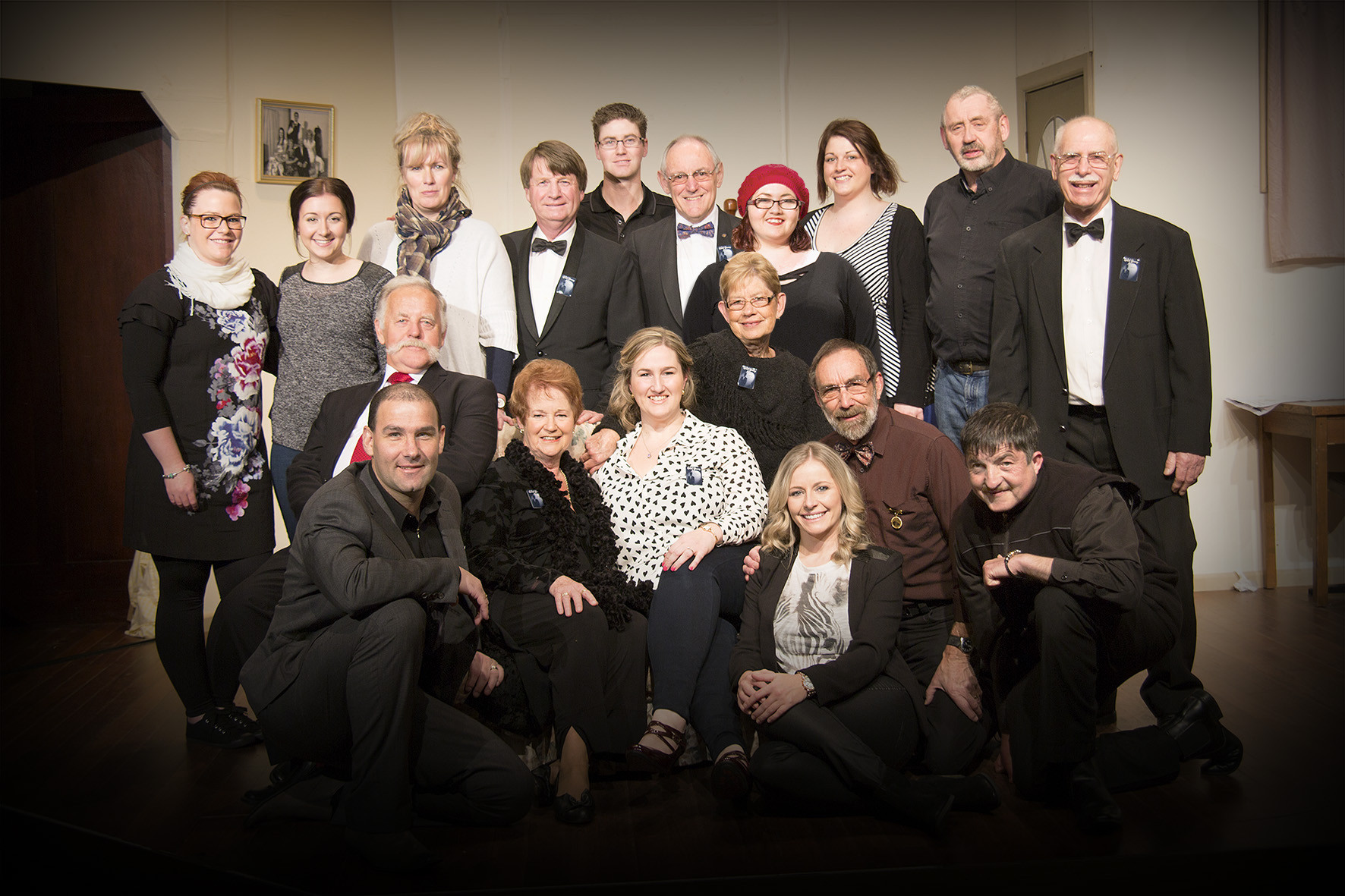 Pictured above: the Production Team and assorted volunteers who brought Horsham Arts Council's most recent show to the stage. Photo credit to Belinda Elliott.

Every year the Horsham Arts Council (HAC) puts on a musical and for the past 17 years 81 year old Dorothy (or Aunty Dot, as she is known to everyone), has been found backstage as the official provider of biscuits and hugs. “When the performers have had a tough night with rehearsals I’m there with a hug and a supportive word” she says. Dorothy also volunteers at the local hospital, in fact in 2005 she received an Australia Day Citizen Award for her tireless community work. “I just love being with people”. She is an amazing woman.
I spoke with Colin and Gen Kreymborg, also from HAC. They have been involved with HAC since 2006 when their daughter auditioned for a production of Cinderella. I was really interested in what they had to say because they ARE an entire family committing themselves to amateur theatre.
They have been involved in all parts of the amateur productions from backstage, props and costumes to front-of-house, food and drink service and even serving on the HAC committee. “Not everyone gets a chance to be involved in professional theatre, and amateur theatre is a great chance to be involved in a community group. As we are not originally from Horsham we have found the HAC community welcoming and have been like an extended family.”
Writer John Steinbeck states “The theatre is the only institution in the world which has been dying for four thousand years and has never succumbed. It requires tough and devoted people to keep it alive.” It can be as simple as baking biscuits, providing support, driving performers to the theatre or pulling out a paintbrush and painting a set… Volunteers are the backbone of amateur theatre.