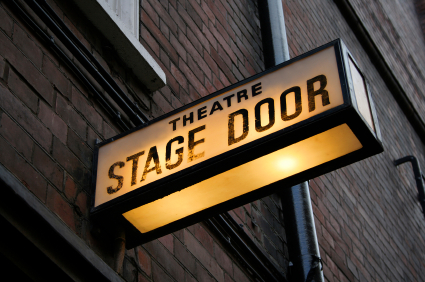 I'm writing this piece with the caveat that up until a few years ago, I had never visited a theatre stage door before. I don't even think I knew it was a thing you could do! What do you mean I can meet the actors I’ve just watched on stage and perhaps get their autograph and a photograph with them? Really? Okay then! Over the past few years, I've visited my fair share of stage doors and thought I'd share with you some of the etiquette hints and tips I've picked up along the way…

The main points of visiting a stage door are (1) to let the actors & crew know that you appreciated their hard work and (2) to meet the actors. If you haven't actually attended said show, and paid the actors & crew their well deserved wages, is it in turn fair or correct to attend the stage door? I certainly don’t think so.

Stage doors by their very nature are usually located in one of two places – a dirty alley way or a main pedestrian walkway. If it is the latter, be mindful of the general public trying to go about their day! Don't crowd the sidewalk, try and stay to one side. Be especially mindful of this if it is the last performance of a show. These are often the most exciting times to be at stage door, but also the most busy as the show can be bumping (i.e. moving) out of the theatre that very night.

This was certainly the case when Rock of Ages closed in Melbourne in 2011. Not only was it the most number of people I’d ever seen at the Comedy Theatre stage door before, but the production was moving out that night to setup in Brisbane. As much as we wanted to celebrate with our friends, the actors and crew, we had to work around the team moving out the set.

3) Avoid Matinee days (if you can)

On two show days, the cast have less than 2 hours between one show ending and their call time for the next. During this time they have to cool down, eat, digest and prepare for the next show. If you can, let them have this time and not visit stage door.

Sometimes the actors are meeting friends & family after a show. Sometimes they have an audition to get to. Sometimes they are just plain exhausted, sick or inured. If they don't stop to say hello, take a photo or sign an autograph, don't take it personally.

These are probably my two most important etiquette tips for attending a stage door, and they are very simple:
(1)If you want an actors autograph, have something ready to sign (ideally the program from the show you’ve just seen) and a working sharpie.
(2) If you want a photo, have your camera ready.

Try and familiarise yourself with the cast members by looking at the program photos. Especially if it is a show that involves a lot of makeup. You may be at stage door to meet one particular actor, but it is nice to recognise and say hello to the rest of the cast. You also NEVER know who may become more famous in the future. I’ve been to stage doors where I was focused on one particular actor and missed the chance to get a photo with others who have gone onto great things since. 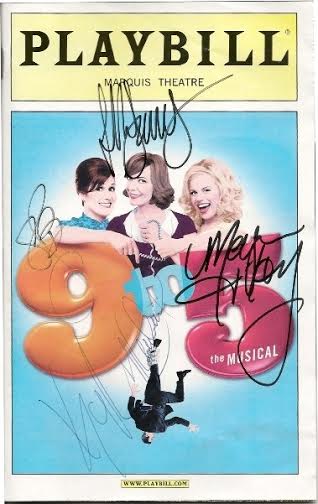 Above: 9 to 5 featured Allison Janney of West Wing fame, along with two other women who have had massive career's since – Megan Hilty and Stephanie J. Block.

A simple please and thank you, like in day to day life, go a long way. Don’t assume that you will be able to get an autograph or a photograph, always ASK permission nicely. Mind the actors personal space as well – as much as you respect / admire / love the actor, this does not entitle you to anything past a handshake (and in some cases, and physical connection at all). Again ASK for anything more than this.

Make sure everyone who has waited alongside you at stage door gets their moment with the actors as well. And if you are a repeat show attendee (which I'm more than willing to admit to being) don't ask for a photo or autograph every time. Let others have their go!

If you get the chance to talk to the actor, it should be about the show you’ve just seen. Don’t make the first thing you say to them ‘Oh, I love you in that show you did 15 years ago’! If you happen to get more time to talk to them, then it is appropriate to talk to them about their past work.

After seeing him perform in A Few Good Men in 2005, I had a great conversation with Rob Lowe about the fictional election that was at that time taking place on The West Wing… Only, of course, after we had talked about AFGM, what it was like working with Aaron Sorkin material again and how it compared to the film. 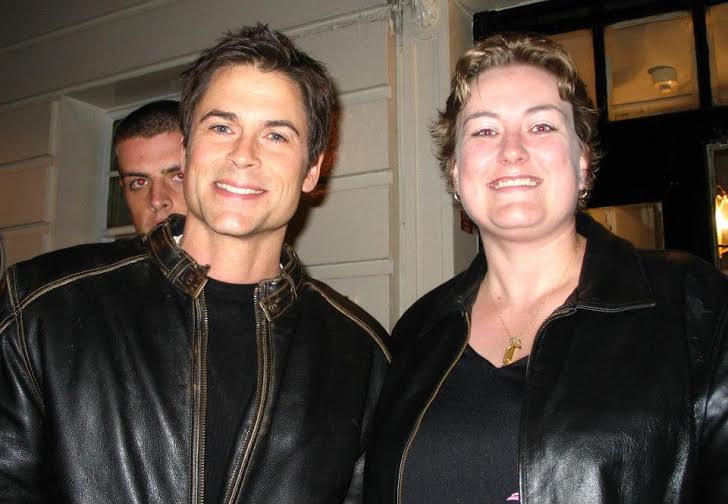 Above: Talking to Rob Lowe at the Stage Door of A Few Good Men.

9) Talk to your fellow stage doorers

You've just attended the same show as them so chances are you have similar tastes. You never know what else you may have in common. One of my dearest friends I met at the Rock of Ages stage door during its 2011 Melbourne run! It can also help pass the time as you wait for the actors to come out.

I am used to paying huge sums of money to meet my favourite TV and film actors at conventions. The fact that I can meet stage actors for free at stage door is a privilege, which if we all follow these etiquette hints and tips, we can all enjoy for years to come!

It’s All for the Best