Tim Minchin – breaking all the rules

Tim Minchin knew the rules of writing a musical … but when it came to writing Matilda The Musical he chose to ignore them all, preferring to go with what he felt, instead of what he had been told. Indeed, just like Matilda herself, who convinces the audience that sometimes you just have to be a little bit naughty, Minchin broke the rules. This reliance on instinct, rather than the rules, has resulted in Minchin becoming hot property in the musical theatre world. Matilda The Musical has already won over 50 international awards, including 12 for Best Musical. The show won a record-breaking 7 Olivier Awards in 2012 and then went on to take Broadway by storm, claiming four Tony Awards® and a Tony Honor for Excellence in the Theater for each of the four girls sharing the title role. 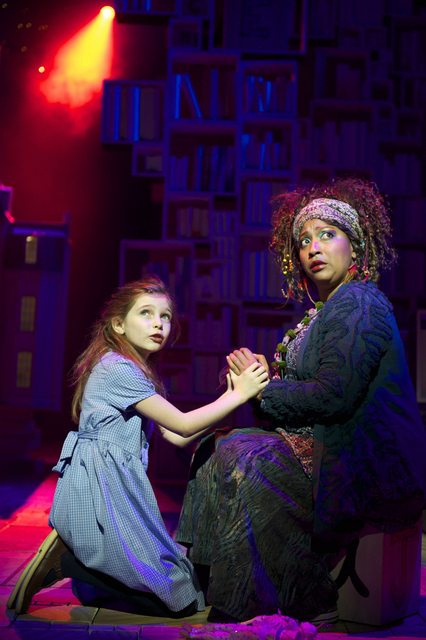 Matilda The Musical has proven an enormous success in London’s West End and on Broadway, where productions continue to play to packed houses and capture the imagination of young and old alike. Minchin describes the musical as one that causes the audience to laugh one moment and then cry the next. He says children and adults will see the show differently. Minchin says the song, "When I Grow Up" inspires children, but causes adults to be a little sad and somewhat ashamed they have left their child selves down. 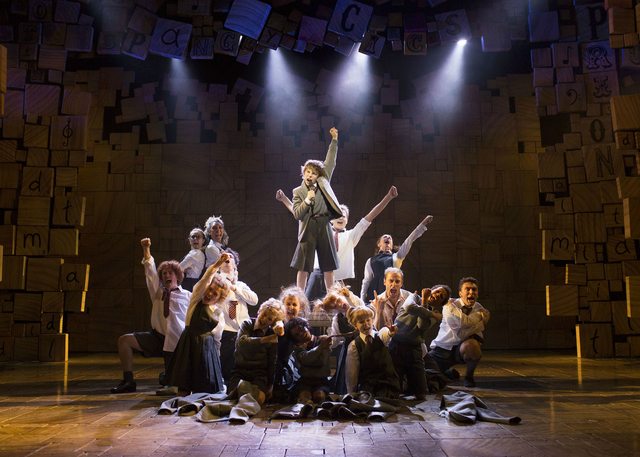 Despite "Tim Minchin" being the name attached to Matilda The Musical, a genuinely humble Minchin is very quick to point out to the media at yesterday's Sydney launch, that the success of this musical is very much the result of a collaborative effort from an exceptionally talented creative team. True – it does take a team to create any form of theatre, but the reality is Minchin has taken a well-loved book and written some catchy toe tapping tunes and heart-touching ballads to turn this story into a musical sensation. That is no easy feat. And he didn't follow the usual "rules" of musical theatre. In fact, in one song, the powerful "moment" is not a huge belt out but silence …

The musical is not the first adaptation of Roald Dahl's well-loved children's story, but it is Dahl's widow's favourite.  Matilda The Musical is the story of an extraordinary little girl who armed with a vivid imagination and a sharp mind, dares to take a stand and change her own destiny. Minchin says the musical is not exactly the same as the book, but has enough similarities to satisfy audiences who already know and love the book. 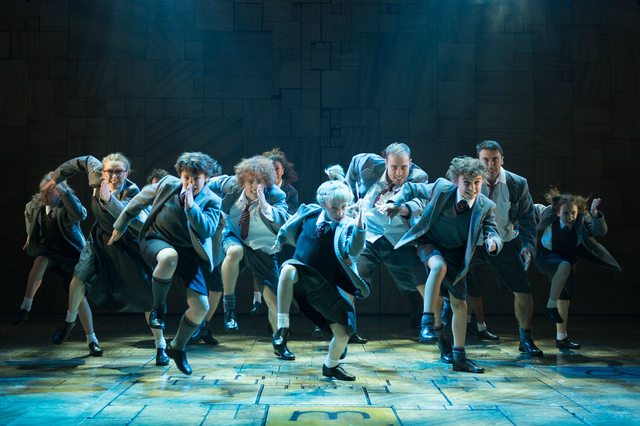 On the surface it is a fun musical that will inspire and captivate children. Delve deeper and the reality is that there's a considerable number of subtexts within the musical. Minchin acknowledges the darkness of the story line – admitting that Matilda is a damaged child. But it is out of her brokenness that Matilda learns to rise up and overcome her adversities – and this turns a potentially heavy and dark story into something lighter and inspiring. Minchin feels adult audience members need to see the show four of five times to really take in all the socio-political subtexts and Minchin's usual satirical writing within the show. Matilda is not Minchin's first musical – but it's the one that has brought him the most fame and attention. It is also his greatest achievement. 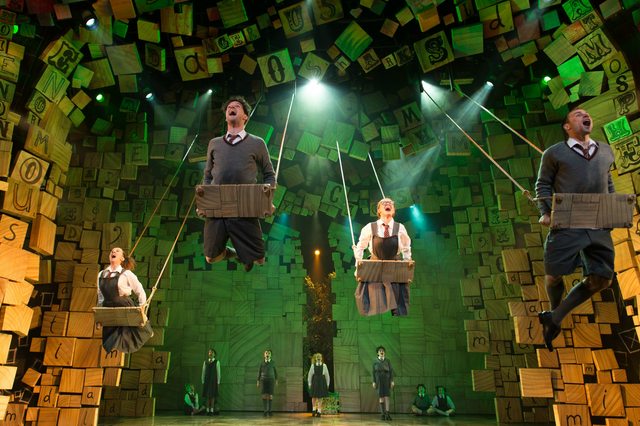 There is now a long list of countries wanting to stage Matilda The Musical, but after opening on The West End, then Broadway, it is Sydney that will follow next. If there was any question just where the Australian premiere will be staged, the word "Sydney" was everywhere … and the media launch included the iconic photo with the Sydney Harbour Bridge in the background. Indeed, it's enough to make Melbournians jealous. 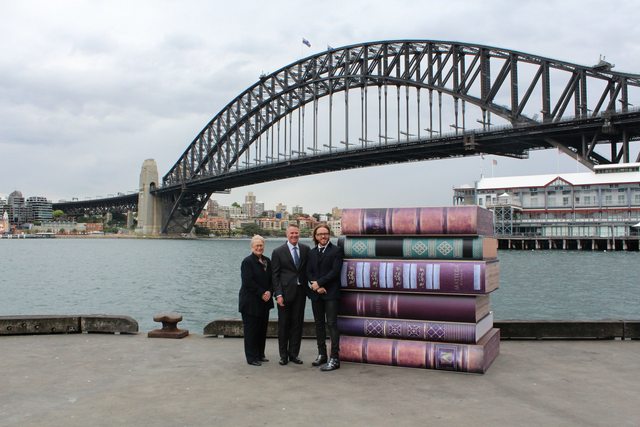 Minchin said, “I am incredibly excited that Matilda is opening in Sydney. Ten years ago this month, I was writing songs for the 2004 Christmas show at the Old Fitz in Woolloomooloo. The first time I straightened my hair and put on thick eye make-up was downstairs at the Seymour Centre. I even wrote songs for the musical that opened the Joan Sutherland centre in Penrith, (the opening song of which I extensively stole from when I wrote the opening number for Matilda). Last year I fulfilled a dream of acting in a Stoppard at the Sydney Theatre Company. Long before anyone took much notice of my silly tunes, Sydney offered me some of the most edifying and hilarious experiences of my career. The thought that in less than a year, the Lyric's curtain will be opening on our darling Matilda feels just perfect.” 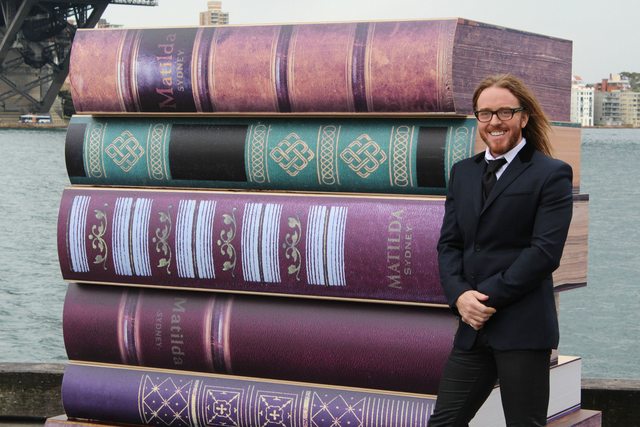 No cast have been announced as yet and so it was left to Minchin to perform two of the songs from the show himself at the media launch. When it does come time to cast, Minchin doesn't have any plans to be involved in the decision making. His "job" is already done. He wrote it – the rest is left to the creative team. The show offers an incredible opportunity for some talented children – ideally short and talented children, adds Minchin. 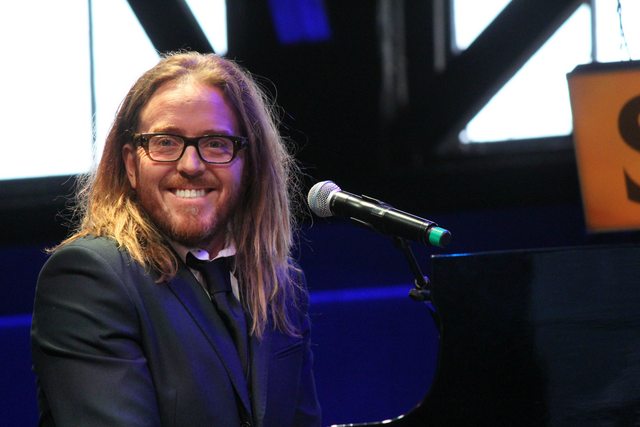 Tickets for the Sydney Premiere Season of the Royal Shakespeare Company’s production of Matilda The Musical are now on sale to the general public through Ticketmaster. Matilda The Musical will make its Australian Premiere at Sydney Lyric Theatre with performances commencing from 28 July 2015.

No announcements have been made as yet about seasons in other cities. Deputy Premier and Minister for Tourism and Major Events Andrew Stoner said,  “The NSW Government is proud to have secured the Australian Premiere Season of Matilda The Musical for Sydney, through our tourism and major events agency Destination NSW.  There is no doubt that internationally acclaimed productions, such as Matilda, are a major draw card for visitors to our beautiful Harbour City, making them an important aspect of the Government’s goal of doubling overnight visitor expenditure by 2020.” 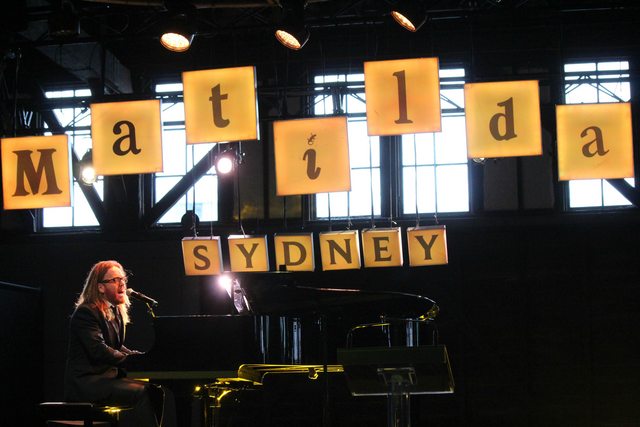 Matilda The Musical was commissioned by the RSC and played to sold-out audiences at the Courtyard Theatre in Stratford-upon-Avon for twelve weeks from November 2010 to January 2011. It transferred to London’s West End on Tuesday 25 October 2011 where it opened to rave reviews. The New York production of Matilda The Musical opened on 11 April 2013 at Broadway’s Shubert Theatre to rapturous reviews and has been celebrated on 10 “Top Ten” lists for 2013, including TIME Magazine’s #1 Show of the Year.

Matilda The Musical will be produced in Australia by the Royal Shakespeare Company, Louise Withers, Michael Coppel & Michael Watt with André Ptaszynski and Denise Wood as Executive Producers.
The Australian premiere season of Matilda The Musical is proudly supported by the NSW Government through its tourism and major events agency Destination NSW.

Mythical dance journey in Signs of the Zodiac