In celebration of the 450th anniversary of Shakespeare’s birth, the Ensemble Theatre’s production Richard III, written by William Shakespeare and adapted by Mark Kilmurry and Patrick Dickson, will feature encore performances at Riverside Theatres from 22 to 26 July 2014. TheatrePeople.com.au has 2 double passes to give away to the performance on Thursday, 24 July. To find out how to enter, read on! 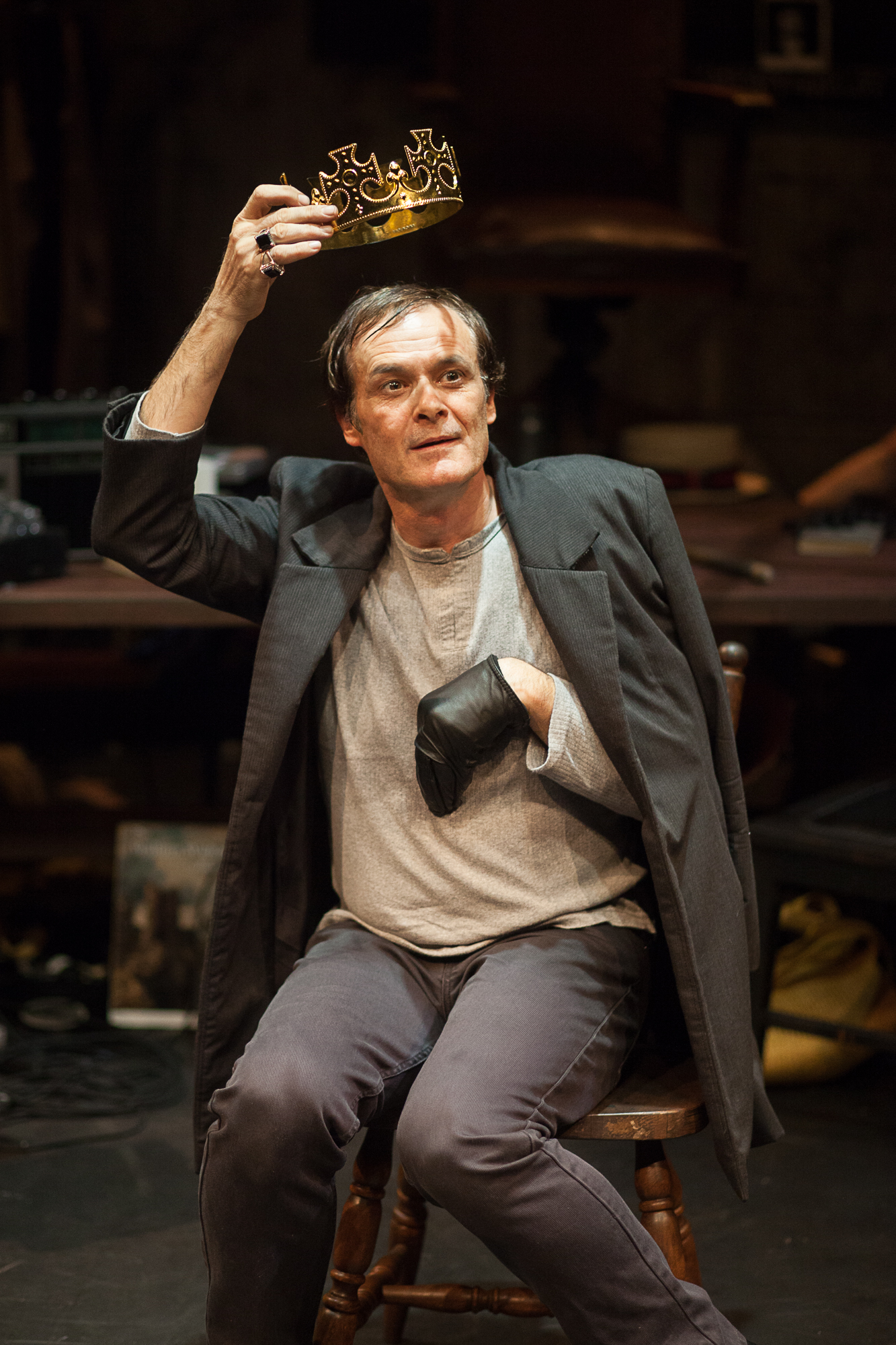 Kilmurry’s new production honours the 422-year-old script whilst wildly re-imagining it for new audiences. Kilmurry is renowned for interpreting Shakespeare with beautiful clarity and simplicity – relying on physical skills, music and the power of words to bring the characters to life.

A powerful cast has been assembled for Richard III including Danielle Carter as Queen Elizabeth and other roles, Patrick Dickson as Lord Buckingham, Matt Edgerton in varied roles, Mark Kilmurry as King Richard, Amy Mathews as Lady Anne and other roles, Georgie Parker as Queen Margaret (via TV screen) and Toni Scanlan as the Duchess of York and other roles.

A man enters his flat, reveals his passion – Richard III. Roping in friends and potential girlfriends, the man enacts Shakespeare’s play in the confines of his living quarters, using music, household goods and film…Richard is malicious, power hungry, obsessive and aspires secretly to the throne – as the man and his friends delve deeper into the dark world of the play, the line between reality and Shakespeare is thrillingly explored with passionate, tragic and hilarious results.

For your chance to win a double pass to see Richard III on July 24, click the link below to the Riverside Parramatta website, click through to the page for Richard III, and find the answer to the following question:

"In which of the Riverside's three theatres is Richard III being performed?"

Email your answer to [email protected], and the first two people with correct responses will each win a double pass to see the show on July 24.

Win a double pass to Tim Freedman’s Truth, Beauty and a Picture of You

BACK TO BACK THEATRE PRESENTS THREE WORLD-ACCLAIMED WORKS, TOGETHER FOR THE FIRST TIME AT RISING