When the Hayes Theatre opened in Sydney's Potts Point last year, they chose Sweet Charity as their inaugural production. Sweet Charity was the show that established Nancy Hayes as a leading lady of musical theatre and so it was a fitting choice to open the theatre named in her honour. Little did they realise the impact this small scale, independent theatre production was about to make in the Australian musical theatre scene. By gaining, special exemption, Sweet Charity was nominated for a staggering eight Helpmann Awards and went on to win three of these: Best Female Actor in a Musical (Verity Hunt-Ballard), Best Direction of a Musical (Dean Bryant) and Best Choreography in a Musical (Andrew Hallsworth).

Word got out during those first preview shows that this new production was something very special and within three days, the entire season at the small Hayes Theatre had sold out. Hunt-Ballard says the energy around the show at that time was quite overwhelming. People who had missed out on a ticket were asking if the show would return. It is rare for any show to do a return season, so Hunt-Ballard says it is wonderful for the show to have been picked up again for a season at the Sydney Opera House, Canberra and then finally Melbourne.

With a successful sold-out season of Sweet Charity, rave reviews and now two Helpmann Awards under her belt already, I asked Hunt-Ballard if all this critical acclaim actually increased the pressure of a return season?

After thanking me having the insight to ask this question, Hunt-Ballard explains that although an award is a great acknowledgement of your work, it is much harder after all the acclaim and the awards. It was the same after her Helpmann Award winning role in Mary Poppins. Audiences now expect something more, but Hunt-Ballard says she only knows how to give 110% in each performance. She knows that sitting in the audience at the Playhouse in Melbourne's Art Centre will be someone who's travelled down from Ballarat with a friend and has spent a lot of money on a ticket to see the show. They want to see her and the show at the same high standard that opened in Sydney last year and won her the Helpmann Award. So with each new audience she needs to give her best … every single time. She says it's her job to do her best. 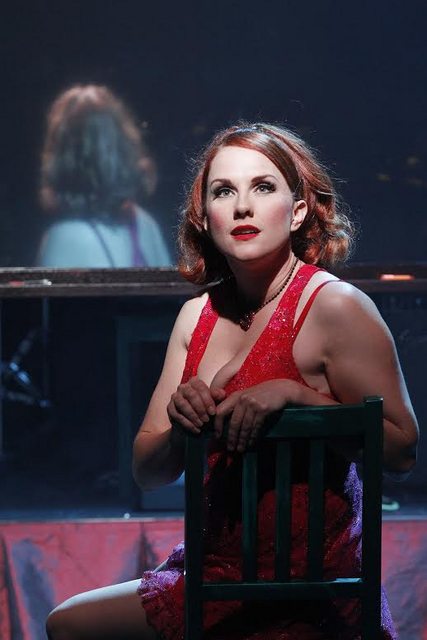 Hunt-Ballard never expected to win the Helpmann for this role in a small scale independent theatre company. So confident that she wouldn't win, Hunt-Ballard told her partner to not bother making the trip from Melbourne to Sydney for the awards ceremony and instead stay home with their daughter, who is now two years old. When Hunt-Ballard sent a text message to say she had in fact won, they were already in bed.

Lisa Campbell (producer) and Dean Bryant (director) first approached Hunt-Ballard about the role and explained they realised she had a young child and lived in Melbourne, and despite the fact the show would not run at a profit and would be an independent and not a commercial venture, they hoped she would still do it. Hunt-Ballard knew nothing about the show or the role. She'd never seen or read it before. Hunt-Ballard considered the impact on her family and whether is was really feasible, but the opportunity to play the role that made Nancy Hayes famous, someone she considers a personal mentor,  and in the very theatre named in Nancy Hayes' honour was enough to convince Hunt-Ballard to take on the role. She admits, however, she was quite petrified of returning to the theatre after having a baby, commenting on her lack of fitness and the fact she would be surrounded on stage by some very hot looking girls. To make it harder this role was made even more demanding by adding her character to additional numbers. 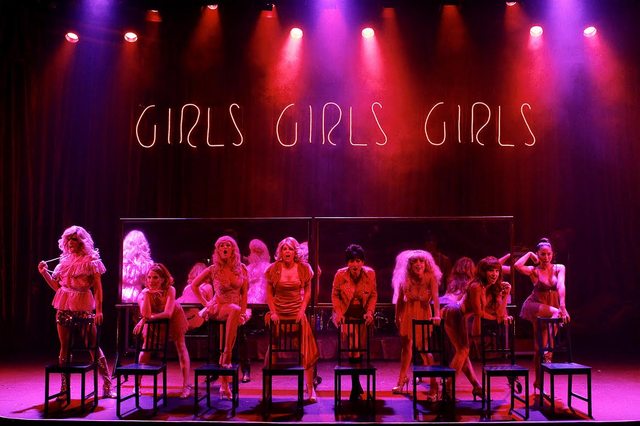 The other attraction of this show was the short season. At this stage in her life, Hunt-Ballard is not keen to return to a large commercial production with long seasons. As most parents of young children would know, having a young child usually means sleep deprivation. “It's hard yakka!” Hunt-Ballard exclaims.

Doing a show eight times a week is also hard yakka. Thankfully there are several parents of young children within the cast so they all support each other; not to mention producer Lisa Campbell who just gave birth to twins herself last year. They rock up to work on a two show day and ask each other how much sleep they've had the night before. Hunt-Ballard feels her sleep deprivation as a parent added to the craziness of her character! She adds that personally, becoming a mother has helped and enhanced her performances.

Hunt-Ballard admits the work schedule is tiring as a parent, and she is absolutely exhausted by the end of the week, but it's her job to give her best and make it look easy – and she believes her training at WAAPA has prepared her for that.

The return season meant some cast changes and new theatres to adapt the show to – from the Sydney Opera House to Canberra to Melbourne's Art Centre, the show will perform in the Playhouse at each city. The size of the theatre gets larger with each season and will end in Melbourne. Hunt-Ballard can't wait to bring the show to Melbourne, describing this production of Sweet Charity as being a “very Melbourne show”. In fact several times Hunt-Ballard comments just how much she is looking forward to the Melbourne season in her home town.

Despite the critical acclaim already received from the first season, the feedback about the return season is the show is now even better. Hunt-Ballard says she has definitely grown in her role and she loves playing opposite Martin Crewes as the pair constantly try to improve their performances. The cast and crew have aimed to keep the intimacy they originally enjoyed at the small Hayes Theatre but adapt the choreography and stretch their performances to accommodate the larger stages as needed. 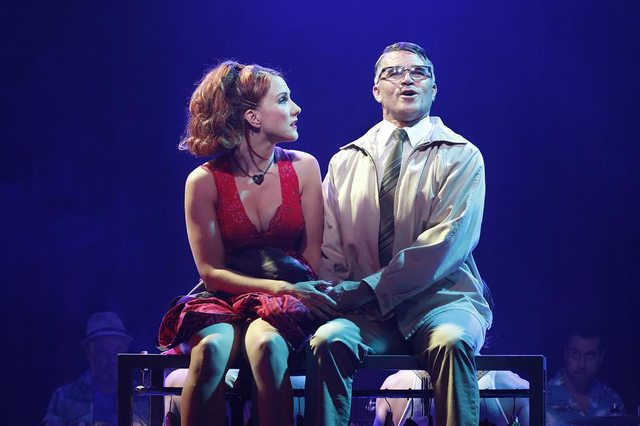 As for who will enjoy Sweet Charity? The audiences have surprised Hunt-Ballard. While the matinee audiences have tended to be the usual, older, traditional musical theatre demographic, the evening shows have been very broad. She thinks the gritty feel of the show attracts a wider audience. Ultimately, Sweet Charity is the story of a battler who must remain optimistic in terrible circumstances. It is the story of the human spirit – someone trying to better their existence, but being knocked down and having to get back up again. It's a story Hunt-Ballard says resonates well with all audiences – young or old.

Sweet Charity opens on Wednesday 25th February at the Arts Centre and runs for just two weeks. Special $30 tickets for under 30's are available.

Come ‘Into the Woods’ with Waterdale

Back to school…with the Class of 77