The Theatre Division are Ruthless in their debut show!

Have you ever had one of those moments when everything just comes together? That feeling when you know that somehow the universe has contrived to bring all the pieces together to make everything just as you want, to make your dreams come true? Well this is what happened with those involved with this production of Ruthless. Bringing this production to life may have been a long time coming but it was meant to be.

The audiences will no doubt be the 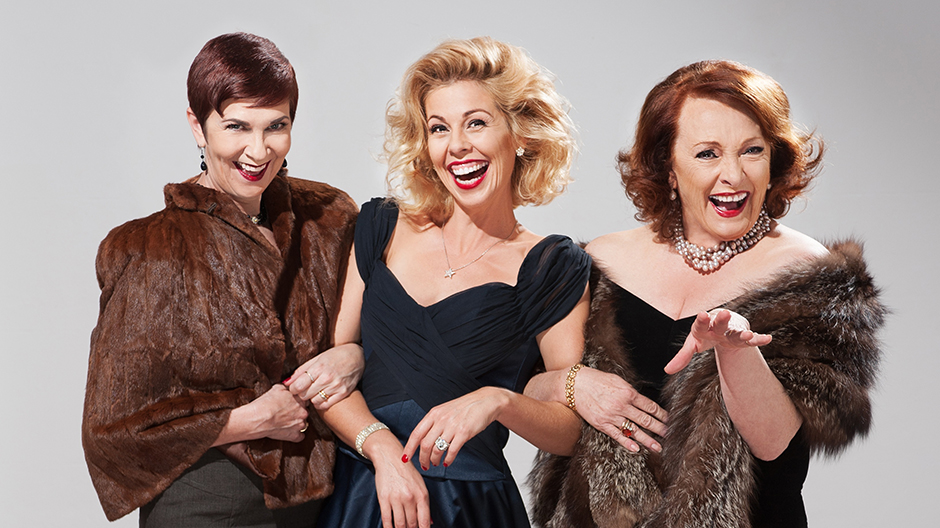 beneficiaries of all the elements coming together perfectly as the hilarious musical comes to Sydney. Producer Alistair Thomson was looking for a debut piece for The Theatre Division’s first performance, and it started with a well timed chat with Katrina Retallick.

“The inspiration came from Katrina Retallick.  After I saw her brilliant performance in Dirty Rotten Scoundrels last year I said to her: "I’m so proud of you and what you’re achieving with your career.  I’d love to find a show to produce that you can star in.  I don’t suppose there’s anything on your bucket list?  Should we talk?”

As it happened Katrina was first introduced to Ruthless by co-star Meredith O’Reilly In 1998 and has ever since longed to perform it. She loved the play upon first reading and while it may have taken a few years her chance finally came: “Meredith O'Reilly gave me a copy of the script in 1998 and I knew I wanted to play the role of Judy/Ginger from the moment I read it and heard the music. I laughed out loud and thought that others would too! It's a ridiculously funny show and also demands impressive performances…”

The synopsis alone is enough to make you laugh out loud just as Katrina did. Director Lisa Freshwater agrees: “Yes, it’s hilarious. It’s exactly why I wanted to direct it. The comedy is like a dance, all perfectly choreographed and timed. It plays on words, physical comedy, the offers and responses of the performers and of course all the clever references to films such as The Women, All About Eve, The Bad Seed, Gypsy and Mame.”

Ruthless does indeed parody these films, but while this musical is all about exaggerated situations, over the top scenarios and laughs, Freshwater believes that there is a serious message to be had. “All comedy is created from truth. The truth of this piece is about what we will sacrifice to get what we want.”

Perhaps an even bigger issue is the portrayal of women in the entertainment industry. Freshwater says the musical also 'explores issues about women ageing, being passed over, never quite making it and if they do, how do they balance that with family life; timeless ideas that many women struggle with'.

This production provides a great vehicle for The Theatre Division to burst onto the Sydney theatre scene. Recent successes by other newly formed boutique companies and theatres have proved that small performances of funny, touching shows are really hitting the mark with Sydney audiences. Thomson agrees, saying “The independent theatre scene in Sydney is flourishing with a number of really good recent productions attracting very healthy audience numbers.  This has been particularly apparent in the world of musical theatre with companies such as the Hayes Theatre, Darlinghurst Theatre and Squabbalogic leading the way.  We’re proud to join them and others to enrich the offerings available to Sydney audiences (and beyond – we’re already planning touring productions to other cities and states).”

“Lisa Freshwater and I set up The Theatre Division as a new independent company to produce works that we love." says Thomson. "We are interested in shows that have heart, are theatrically challenging and tell personal stories with universal appeal – and not just musicals.  We started planning for the Theatre Division about two years ago and have a number of projects in various stages of development.“

Like the Hayes Theatre and Squabbalogic , The Theatre Division find themselves with the odd dilemma in staging. Freshwater says that the Reginald Theatre lends itself well to an off Broadway show such as Ruthless. “It does however suggest classical musical theatre staging with a proscenium arch and curtain to cover set changes. This isn’t possible in the Reginald but, like most challenges, it’s forced us to come up with a better alternative. In fact our solution works beautifully with the heightened theatricality of the piece.”

Their first offering, Ruthless, is an hilarious send up of the entertainment industry, featuring catchy tunes, classic one-liners and crazy plot twists. Tina Denmark is a diva in the making who thinks it is time to move on from her normal childhood and become the star she was born to be. The cutesy sweet girl shows her true colours when she ‘accidently’ kills another girl so she can gain her leading role. When she is sent to the ‘Daisy Clover School for Psychopathic Ingénues’ for her crime it is her mother that becomes the star. Sweet confused housewife Judy becomes the worldly and glamorous Ginger.

Throw in a sleazy agent, an acid tongued critic who hates musicals, tangled familial relationships and plot twists to end all plot twists and you have one hell of a show!

This production stars an all-female cast featuring Katrina Retallick, Meredith O’Reilly, Margi De Ferranti, Caitlin Berry and the iconic Geraldine Turner as the over the top critic ‘Lita Encore.’ Geraldine describes her character as "a theatre critic who hates everything. She has some killer one liners and a fantastic song.”

Just as Turner has such a respect for musical comedies, Retallick also thinks that musical comedy is a popular genre that is here to stay. She gives a great example of how an audience responding to a piece is so powerful:
“Jerry Zacs, our director on the Addams Family (Meredith and I both worked under him) used to say that the audience laughing whole-heartedly is the sound of an audience falling in love. We hope we can achieve that!’
The quality of this cast and the witty script and catchy songs should ensure a romance that will no doubt continue as the mix of companies like The Theatre Division are willing to produce musical comedies and talented actors wanting to participate just keeps on coming.

Top Ten Musicals We’d Like To See Return To Australia