The real life mystery of Parade: was Leo Frank innocent or guilty?

With book by Alfred Uhry and music and lyrics by Jason Robert Brown, Parade tells the true story of the trial of Jewish factory worker, Leo Frank, who was accused and convicted of raping and murdering a 13 year old employee in Atlanta, Georgia in 1913.

Luigi Lucente (Rocky Horror Show, Pippin, The Last 5 Years, Assassins, Wicked, Jersey Boys, Guys and Dolls) plays the lead role of Leo Frank. In preparation for this role, Lucente undertook extensive research: reading books, searching the internet, watching documentaries and mini series. What he discovered was that 100 years later, this story is still a hotly debated topic with people fiercely divided about what they thought really happened. As Lucente says, “The first casualty of Parade, in my mind, is the truth.”

Certain elements of the story have been extrapolated for dramatic effect but these are minor details within the show. What remains is a fairly true depiction of what actually took place – something Lucente refers to as “hauntingly scary.”

During the first rehearsals the cast spent some time sifting through all their research to understand what really took place. Lucente described it as a very collaborative process, with everyone submitting ideas from  their individual research. While the cast need to be true to the text, the research helped to inform them of the differing opinions and assisted in the establishment of their characters. 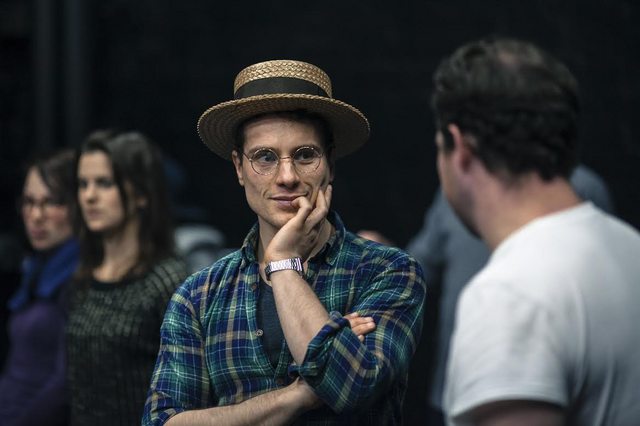 Lucente describes the show as an incredibly rich tapestry of mystery, lies and secrets. The writing is crafted in such a way that the audience (and even the performers) are not necessarily certain if Leo Frank is indeed guilty or innocent. Intrigued, I asked Lucente how the show will leave audiences – is there a resolution? Lucente expects the show will linger with audiences for some time. Parade does not attempt to resolve this true story – there still remains divided speculation about whether Leo Frank was indeed innocent or guilty.

From the time rehearsals commenced, Lucente admits he has swung from one side to the other – sometimes considering Leo Frank was guilty, other times believing he was innocent. Through the rehearsal period Lucente has fluctuated which way he has potrayed Leo Frank. Lucente says the way the script is written Leo Frank could be played either way and it would still seem true to the story. 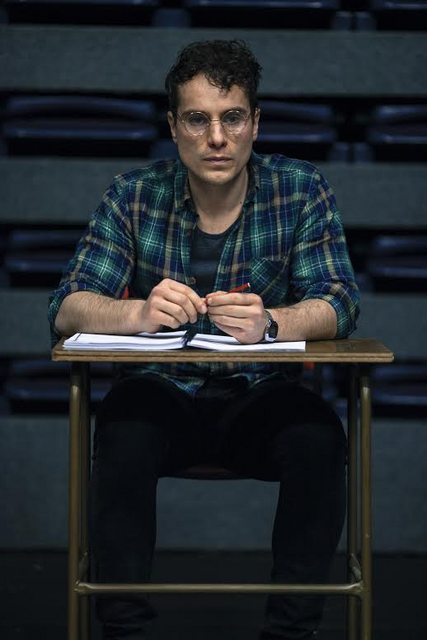 It's not the first leading man role for Lucente, but what is unique about the role of Leo Frank is he is not your typical charming, romantic male lead of musical theatre. Instead, Leo Frank is someone Lucente regards as a clinically sterile protagonist. Audiences members may not even like Leo Frank, but Lucente believes they will be swept up in the whirl wind story of his life. It's a unique role within musical theatre and Lucente feels it is indeed a gift to play the role of Leo Frank. Lucente wants to create a character that even if audiences don't necessarily “like” him, they will still see enough of a humanity in Leo Frank to want to find out more and want to uncover the truth.

Whether Leo Frank is guilty or not, Lucente is well aware of the tragedy that took place 100 years ago. It was quite a pivotal moment in history – the American justice system was revisited and sadly, the incident prompted a resurgence of the Ku Klux Klan. Parade explores racial prejudice and tensions and the impact of media hype. It's something still too relevant in our current world.

Parade is bold and daring – more of a strong acting piece with accompanying music. It delivers a sense of the best of humanity and the worst of humanity. Lucente expects audiences will be stirred by the story and the powerful lyrics, while the music covers a range of styles. Musical theatre fans will want to see this Australian premiere by award winning composer Jason Robert Brown. The venue of 45 Downstairs will provide a unique and immersive experience that could not be delivered elsewhere.

So, with opening night approaching, what does Luigi Lucente think of his character: Does he think Leo Frank was guilty or innocent? Understandably, Lucente declined to commit an answer to that question. You'll just have to come along and see this musical drama and decide for yourself. 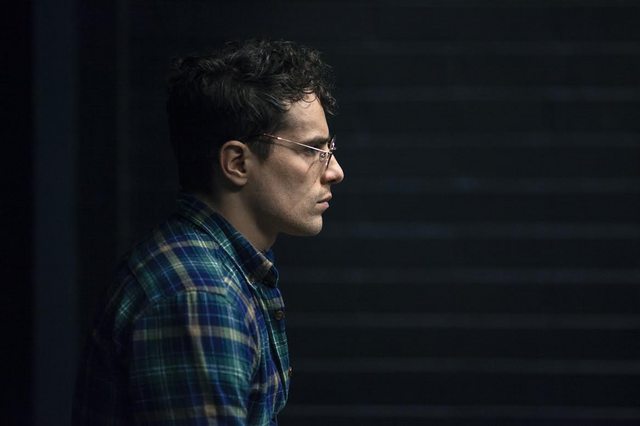 
Tickets are $45 full and $40 concession (all prices include booking fee).

For the preview performance on Wednesday 17th September all tickets are $35.

Top Ten Shows We’d Like to See in Australia – updated

The Peach Season Is The Right Season For John Mills