The (new) Wizard will see you now!

Simon Gallaher. The name immediately conjures images of a fair-headed young romantic lead of musical theatre from decades ago. That wholesome boy-next-door with the perfect hair and the perfect smile. Unless you're a younger person and you have no idea who Simon Gallaher is – in which case a quick google should answer all your questions.

Gallaher first appeared on the stage in 1984 as the dashingly handsome Frederic in The Pirates of Penzance, paired with Jon English as the Pirate King. Their onstage antics were hilarious and the show was a huge success. Simon Gallaher became a household name. Other shows included Hello Dolly, The Student Prince, My Fair Lady, The Mikado, HMS Pinafore, The Merry Widow and A Funny Thing Happened On The Way To The Forum. He is also an award winning television star, concert performer, musician, pianist, songwriter and successful theatrical producer.

Gallaher had happily retired from performing on stage. He explains there is a period in life as an actor where you realise you are not going to play the romantic lead anymore.  Retirement seemed like a good option – or so he thought, until an opportunity arose to play the role of Edna Turnblad in Hairspray. Following this first successful stint at character acting, Gallaher returned to the stage in Spamalot, again in a character role and says he “had a ball.” Gallaher had never been a character actor and he discovered he loved this new genre. Yet he still considered himself to now be retired from performing.

It all changed when he was on a holiday with a friend who had directed him in Pirates of Penzance all those decades ago. Gallaher was asked, “So where do you see yourself in five years time? Do you really want to retire?”

Gallaher considered this question and answered, “Well really, since doing Hairspray and Spamalot, I've been able to reinvent myself, and you know, if someone asked me to do a good character part in a long running musical I'd probably say yes.” 48 hours later John Frost was on the phone, offering Gallaher the role of the Wizard in the blockbuster hit musical Wicked.

Gallaher already knew and loved the musical of Wicked, although acknowledges that after weeks of rehearsal he now knows it a whole lot better! Gallaher loves the intricacies of the storyline and how the characters are intertwined and connected, as well as how this all fits in with the film of The Wizard of Oz.

Gallaher describes the Wizard as not all peaches and cream: he's much more sinister and conniving than the portrayal in the original film. The Wizard in Wicked is out for himself and looking for ways to extend his own power. It's an interesting part of the story line and one that Gallaher sees has parallels with today's society and our need to have a villian. Gallaher has always played the goody two shoes in a show – the perfect fair-haired boy and romantic male lead – never the bad boy of the show. So this is quite a new experience for this much-loved veteran of the stage and Gallaher is looking forward to this new challenge. 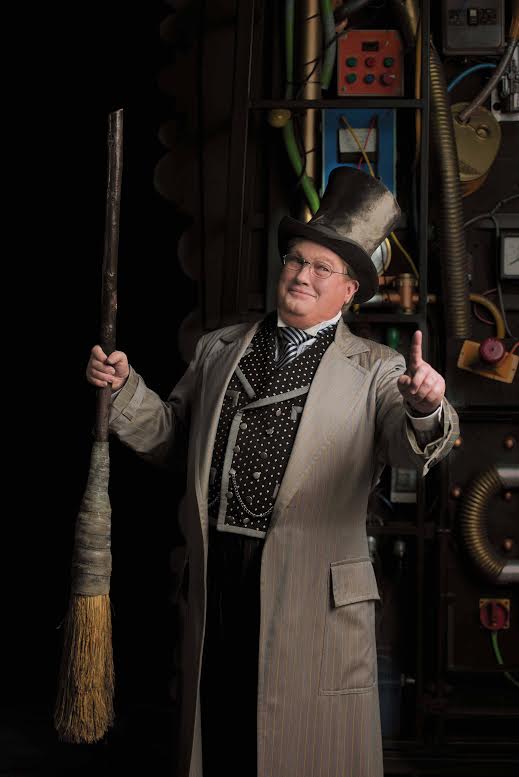 Gallaher feels the hiatus from performing was important to move from being the romantic male lead to character roles. He likens it to moving from being a child actor to an adult actor – a period of hiatus is needed to allow for that transition.

To prepare for the role, Gallaher joined the cast of Wicked in their final weeks of the Sydney season. He's had a whole team of people working with him – an associate director, musical director, choreographer and dance captain. This was followed by working with the understudies and then finally the principle cast. He describes it as a “very concentrated crash course!” In spare moments, such as between performances on the two show days, Gallaher would work on stage with a full tech and stage crew learning the technical components. It has paid off – Gallaher feels very comfortable in his role as the Wizard and is ready to open in Brisbane.

It will be a very special moment for Gallaher. The opening night of Wicked will take place in the exact same week that Pirates of Penzance opened 30 years ago. Pirates was the show that opened QPAC and as they celebrate the 30th anniversary of QPAC, Gallaher will again be treading the boards.

To further celebrate the 30th birthday of QPAC the show that started it all will do a return season: Pirates of Penzance, starring Andrew O'Keeffe, John Wood and Nancy Hayes. This time Gallaher will be directing. It will be a busy time for Gallaher, who will direct Pirates during the day and then perform as the Wizard in the evenings.

Making his time with Wicked even easier are the lovely cast and crew and supportive team he has the pleasure of working with, acknowledging they are not all like this! His fellow cast mates also seem to be enjoying having Gallaher on board, judging by a recent photo posted by fellow Wicked cast member, Ali Calder, on her Instagram account with the comment of,  “Our new Wizard is the bomb diggity.” It would seem they're all getting on just fine. 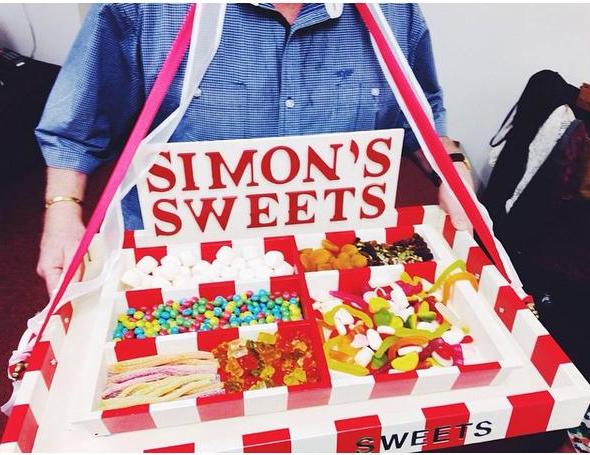 VIDEO: Melbourne Festival – Before Your Eyes