The new Australian cast of Les Misérables is announced.

On a cool Monday in Melbourne, with an appropriately "little fall of rain" outside, the new Australian cast of the much-loved musical Les Miserables was finally announced.

Our host Simon Burke, who played Marius in the original Australian cast in 1987, talked of the success he achieved following this role and how grateful he remains for this early opportunity. Composer, Claude-Michel Schönberg, then took to the stage, sharing his memories of the original Australian production, the discovery of the incredible talent in our country and the subsequent success of his shows here, saying, "Even when we are back in Europe, Australia is a very close country to our hearts."

A video message from Cameron Mackintosh followed. He talked about his excitement for this new production and explained how the new sets have been inspired by Victor Hugo's original art works. Gone is the iconic turntable staging, but replacing it is a very authentic and well-researched set.

It was the time then to meet the cast. 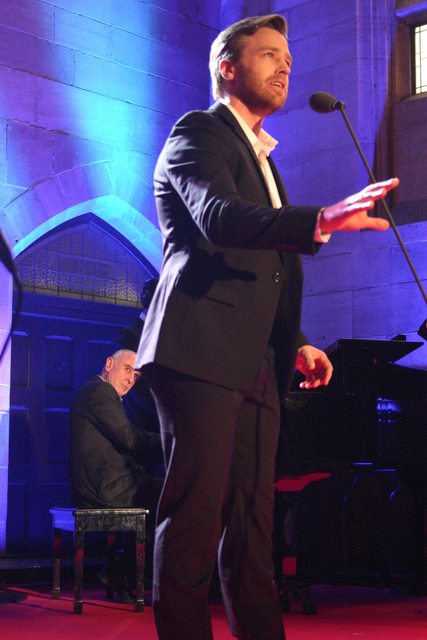 Taking on the role described as "the most demanding role in the entire musical theatre canon"  – Jean Valjean – is Simon Gleeson. Gleeson gained a loyal following of musical theatre fans in Melbourne performing the role of Raoul in Love Never Dies. 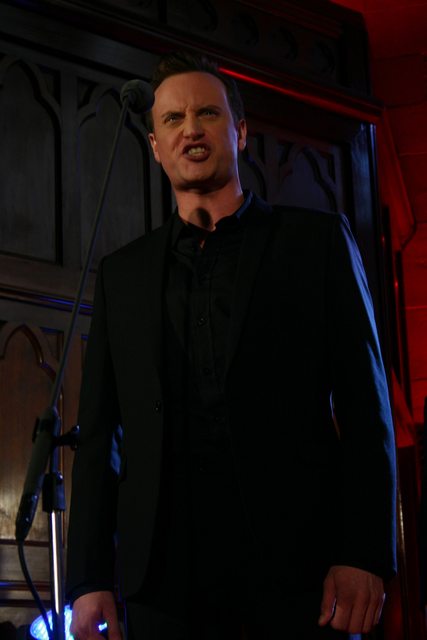 Playing Valjean's antagonist will be New Zealand born Hayden Tee. Trained at NIDA, Tee has already achieved a successful theatre career in both the US and the UK, performing the role of Marius in the 20th anniversary West End production of Les Miserables in 2005. 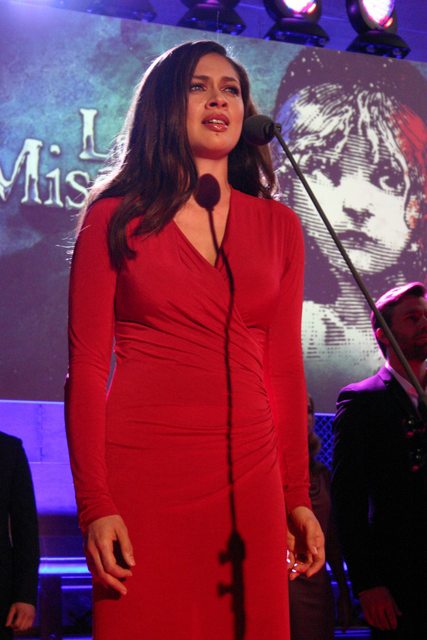 Patrice Tipoki takes on the role of Fantine. A graduate from WAAPA, Tipoki may already be known to Australian audiences as the alternate Elphaba in Wicked.

The potential scene-stealing characters of Madame and Monsieur Thenardier will be played by Lara Mulcahy and Trevor Ashley. Mulcahy is possibly best known for her role as Rosie in Mamma Mia, while Ashley is better known for being in drag with roles such as Edna in Hairspray. It was clear from this launch event that these two have already developed a wonderful chemistry and will be fabulous as the infamous Thenardiers. 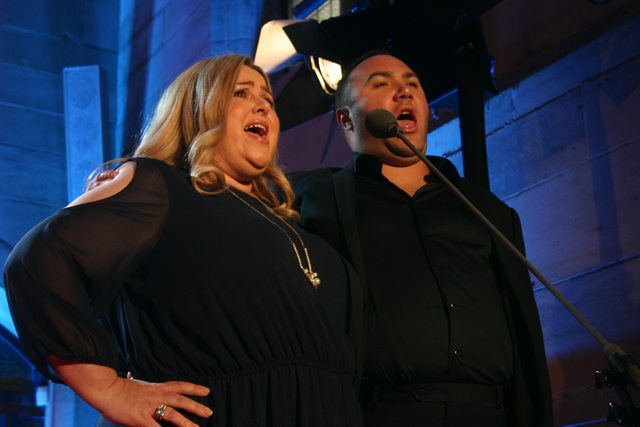 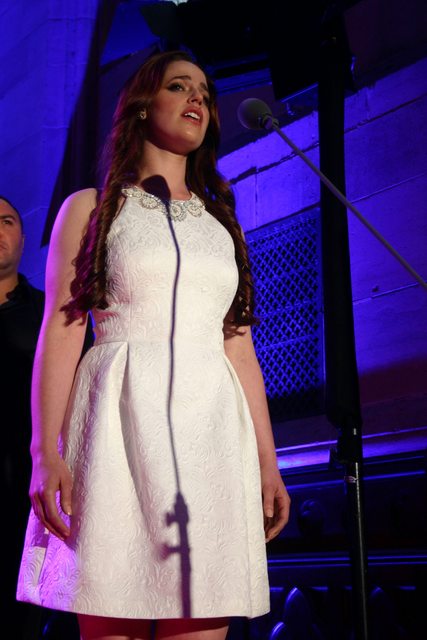 The role of Eponine will be played by Kerrie Anne Greenland in her professional debut who graduated from WAAPA just last year. 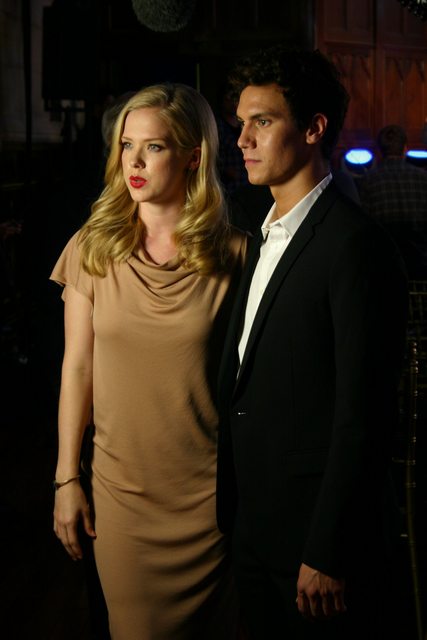 Cosette will be played by another WAAPA graduate from the Class of 2012 in Emily Langridge. Langridge recently performed for The Production Company in Gypsy, and will also join them for their upcoming production of The Pirates of Penzance.

The love triangle is completed with Marius, who will be performed by Euan Doidge. Doidge is currently touring with Grease and may also be known to audiences from his first major role as Paul San Marco in A Chorus Line.

Rounding out this talented cast is Chris Durling who will play Enjolras (pictured here in the middle front,) the student leader. A graduate of the University of Ballarat, Durling is currently playing the role of Doody in Grease. 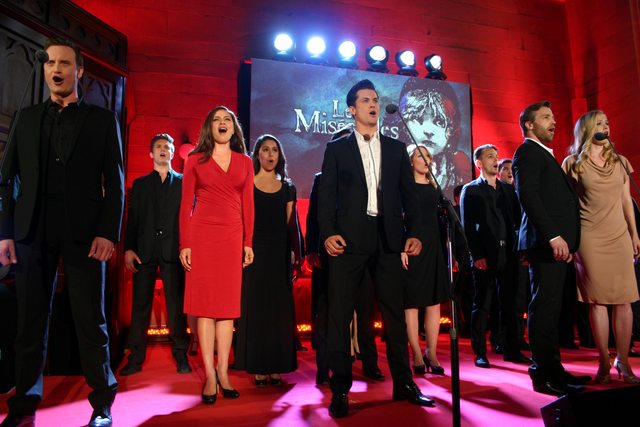 Most of the cast are not well known to the average theatre goer. At the evening's launch for group bookers, there were many comments amongst the crowd of, "I don't know any of them. What have they been in? … No, didn't see that … Oh was he in that was he? …" However, earlier this year the producers declared they were looking for talent and not simply names.

A superb medley was performed by the principal cast, with an incredibly special moment when composer Claude-Michel Schonberg took to the piano to accompany Simon Gleeson perform the much loved song, Bring Him Home. Many in the audience said they had goosebumps and there were quite a few moist eyes (I suggest packing the tissues when you see the show next year.) The medley allowed each performer to showcase their voices and then, to our surprise, were joined by the full ensemble. It was spine-tingling.

If there was any doubt about the suitability of these, perhaps, not so well known performers, it was absolutely dispelled after this stunning performance. The group bookers who were initially commenting they didn't know the cast gave a standing ovation. Yes, everyone in the room was convinced – the producers got it right. 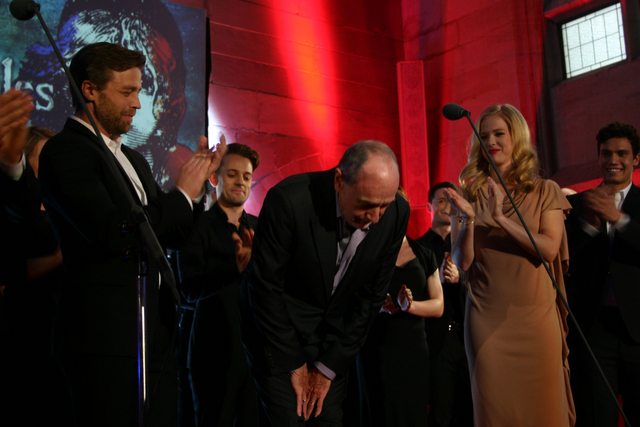 As the full cast applauded composer Schonberg, it was clear this talented group would be well loved "names" by the end of the season.

Opening night is 3rd July, 2014, at Her Majesty's Theatre, Melbourne.

Tickets go on sale on Thursday 17th October at http://premier.ticketek.com.au/shows/show.aspx?sh=LESMIS14

The Paint is Dry at Love Never Dies – Melbourne