The Indian takes on Capote in TRU

As a theatre practitioner,  Vel Subra believes in the transformative power of the theatre to express ideas and challenge conventions. With his new production of the one-man show TRU, about legendary American writer Truman Capote, Subra seeks to challenge what he describes as a tokenism-addled theatre industry as he becomes the first Tamil, non-Caucasian to tackle the role of Truman Capote in the Drama Desk Award winning comic-drama by Jay Presson Allen. Theatrepeople caught up with Subra to talk about his production of this acclaimed play.

In 1975, when legendary American writer Truman 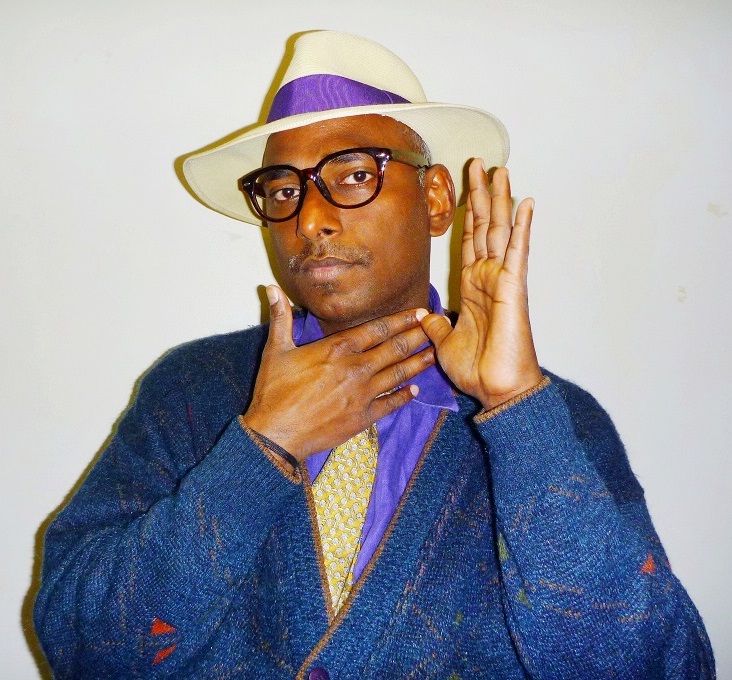 Capote allowed Esquire Magazine to publish “La Cote Basque 1965”, a chapter of his unfinished ‘nonficiton novel', it generated considerable controversy. The chapter detailed his experiences with some of the upper class socialites that had become part of Capote’s life thanks to his fame, and for many the chapter was seen as a significant betrayal of trust, and one which saw Capote shunned by many of his friends and fans and resulted in the author having a very lonely Christmas.

It is in the midst of these events that we find the story of the play TRU, as the events of the one-man show take place over the two days leading up to Christmas, during which time Capote reflects on his experiences while self-medicating for his loneliness with drugs and alcohol. Based on the works and words of Capote this play provides an insight into the mind of a man at the beginning of his long and ultimately tragic fall from grace.

For Subra, a graduate of NIDA's post-graduate Directing course, the story of Capote is an almost archetypical tale of the rise and fall of man, as Capote, like so many other luminaries of the 20th century, rose rapidly to fame where he went ‘a little crazy’ and in many ways brought about his own downfall.  Like Janis Joplin, Jimmi Hendrix, and Elvis Presley, the heights of success proved too much for Capote. He first found success with the novella Breakfast at Tiffany’s, and rose to stardom with his ‘true crime’ novel In Cold Blood, and his fame saw him mingling with the stars of his day, and being highly sought after himself. It also allowed him to indulge in the lifestyle of drugs and alcohol that eventually led to his death at the age of 59 after several years in and out of rehab. Subra acknowledges that it is still a very relevant story for today, as we still see this behaviour in public figures, such as in Charlie Sheen’s famous meltdown of recent years, and the death of contemporary singers such as Whitney Houston and Amy Winehouse, and these examples only serve to highlight the relevance of the human story at the centre of the play.

The challenge for Subra, who performs under his stage name Ezekiel Day, of portraying a character so far removed from himself is one of the great goals and challenges of theatre. He tells a story of being inspired by Cate Blanchett’s performance in I’m not there in which she portrays a version of Bob Dylan, and he felt inspired by her ability to transcend expectations and play a challenging role far removed from herself. Subra also remembers Blanchett, In a magazine interview, referring to performing as being like Prasadham, an Indian term referring to an offering set aside for some metaphysical entity, which encourages a sense of self-surrender and losing oneself to the performance. This kind of transcendence is what Subra aims for in his own performance work, especially in the challenge of depicting a character such as Capote at the beginning of his decline.

In developing the character, Subra found youtube clips to be an invaluable resource for mastering Capote’s distinctive accent and mannerisms, though he says the key to an authentic performance is to have compassion for the character and the situation, and to not judge, as such judgment may introduce a bias which filters or colours the performance. Subra says that while he researched Capote, he often found himself agreeing with many things he said about certain people, but Capote also had significant life experiences that were quite removed, such as the constant partying, the excessive drug use and the social circles of the rich and famous. However, Subra said he also found truth in many of Capote’s writing about his elite friends that identified the sadness within them, and that once Subra found that emotional element at the heart of the story, that made it easier to get to the truth of Capote’s story.

There is also the difference in ethnicity between the performer and his subject, which for Subra adds to the challenge of operating outside of his comfort zone. He first performed the play in Singapore where he tested out the character and found that the ‘novelty effect’ of the ethnic differences didn’t last long for audiences who were soon taken by their enjoyment of the story. While there are very few roles for people of different ethnicities in Australian Theatre, Subra finds audiences to be very receptive to productions that challenge their expectations of the ‘norm’ in theatre, and that they ultimately come to enjoy the performance and be entertained by the story.

Despite its darker implications, Subra describes TRU as an outrageously funny play with poignant moments that are thought provoking and also teach us a lot about Capote himself. In developing the production, Subra has also maintained a strong environmental ethic, developing the set and other production elements entirely from recycled materials to minimise the ecological footprint of the show.

TRU offers an engaging theatrtical exploration of a complex character dealing with very identifiable difficulties with wit and humour that promises an entertaining night while challenging some preconceptions about the state of Australian Theatre.

The Mikado gets an update