Most of us have a social media or online presence and at times you may have wondered about the distinction between who we are in real life as opposed to who we are online. Imagine if the online world is something you have known all your life? The disparity between who we really are and who we pretend to be online is something that is confusing and difficult to navigate for young people. 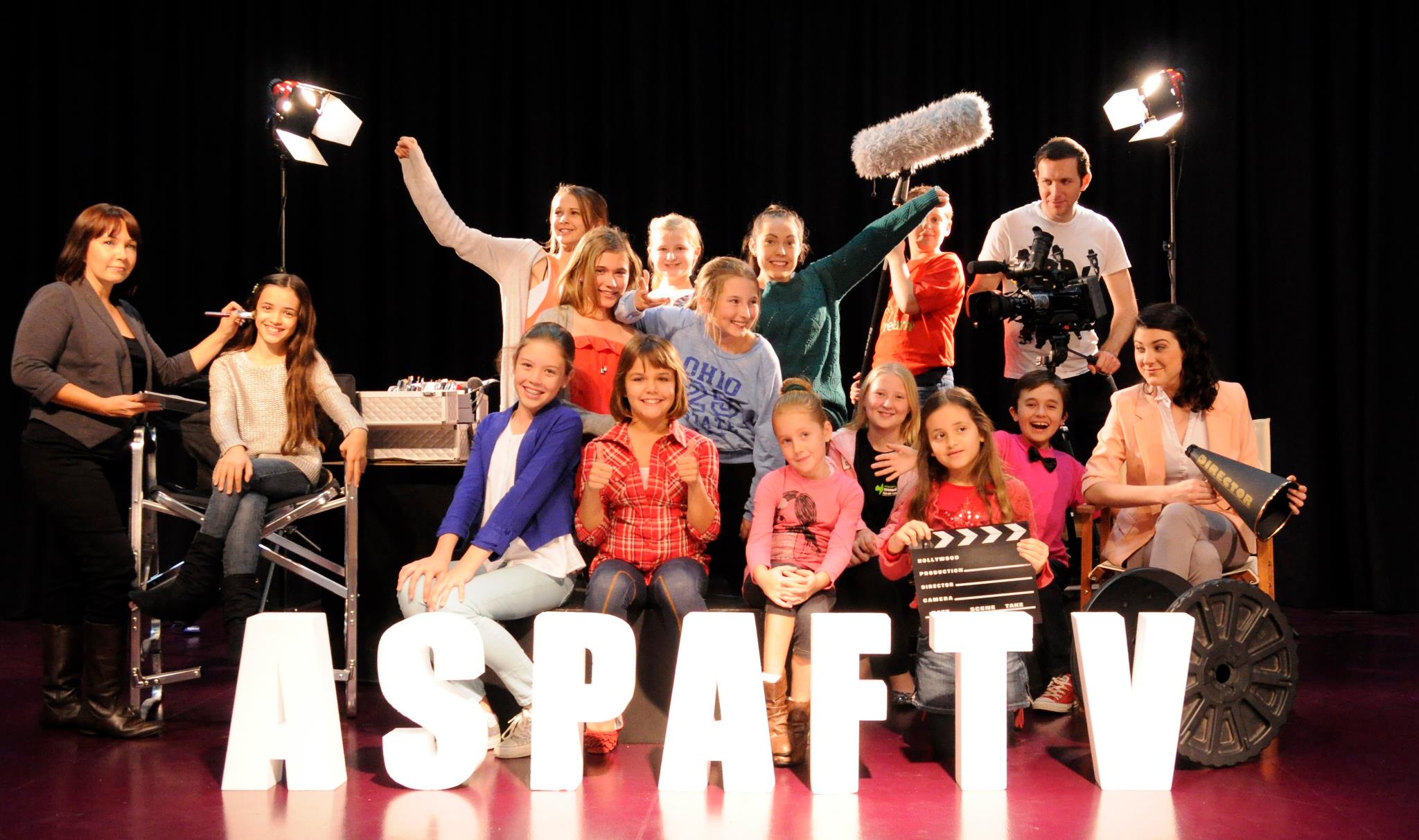 Through a series of three plays, the talented young students of The Australian School of Performing Arts, Film and Television (ASPA-FTV) present Digital Natives #nofilter. This performance highlights the toll the internet and social media has had on young people, these people known as digital natives. ASPA-FTV Director Amanda Hardwick explains ‘whether we like it or not social media is as pervasive as it is persuasive and plays an important role in our lives, especially those born in the digital era – digital natives.’

The first in the series of plays is Techagedon. A group of genius students have had a virtual classroom all their lives. Suddenly during a blackout they are forced to have their first ever face-to-face interactions. How will they cope with real life interaction? Will these kids even know each other? Will they wish to return to the land of anonymity?

Hardwick says this piece has a bit of a tongue-in-cheek vibe about it. But she also expresses that ‘…it certainly does explore this idea that we don’t develop excellent or some interpersonal skills in our childhood because we are stuck on our phones and stuck on computers…’

The second piece is Confessions of a Digital Native which deals with young people and the need for escapism. Talia Rowley is a teacher with ASPA-FTV and directs this work. She understands that escapism is much simpler for the digital natives with entertainment being just a click away but is optimistic that imagination and creativity are definitely still present in children; ‘I think it’s more challenging for them to be creative because it’s easy to pop on to the internet…and it’s there for them so they don’t have to think as much. In saying that though I do believe that there is still plenty of opportunity for kids to be creative and explore that and learn…”

Rowley believes in fact that these students involved 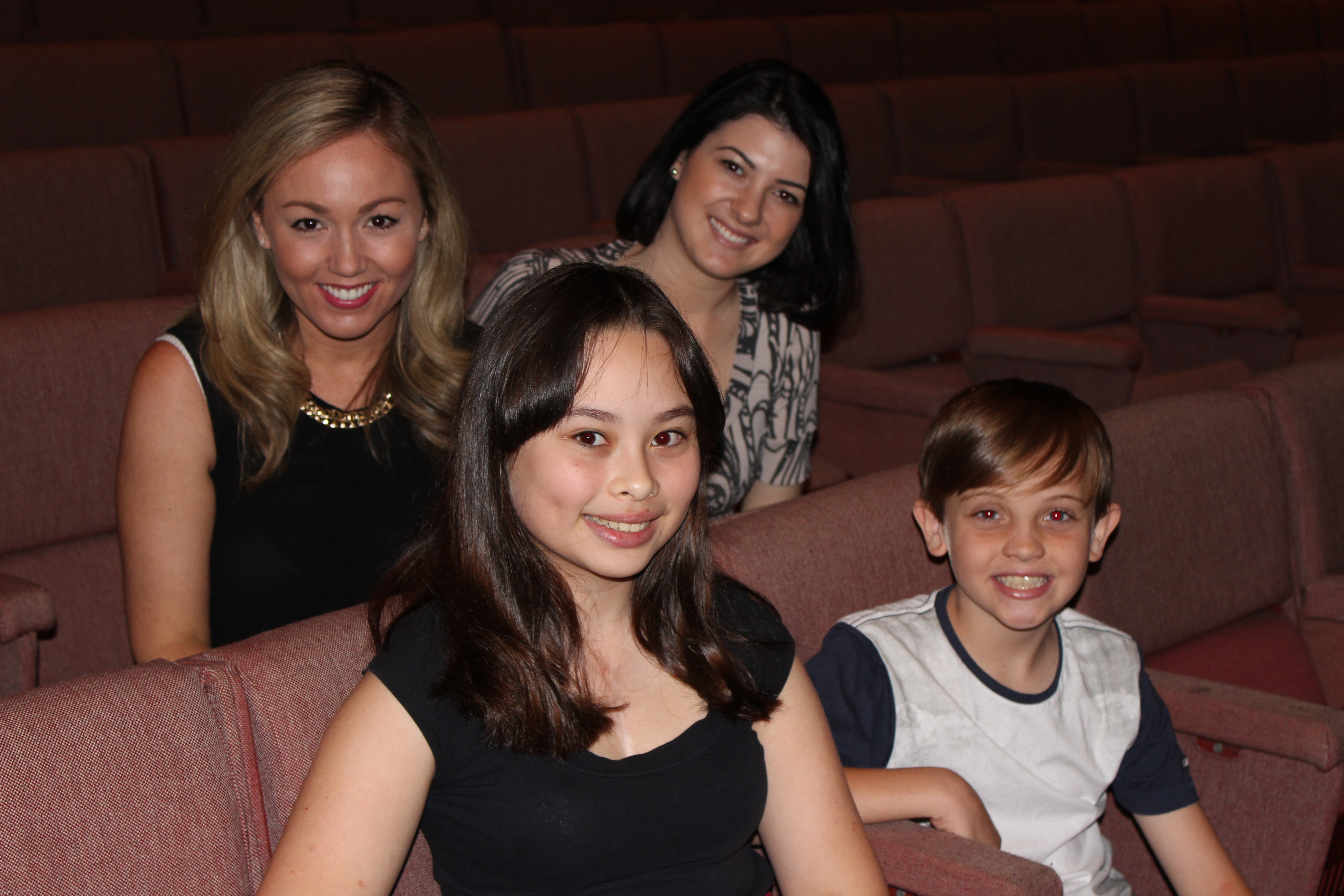 in Digital Natives are managing to combine both creativity and imagination with the online world they know so well. With encouragement and some self-discipline the digital natives of this world can get out from behind their phones and create.

The final piece is Limbo which focuses on online branding. Digital natives are continually creating and recreating their brand. But what are they selling? After a lifetime of endeavouring to be current, interesting and popular how do these digital natives know who they really are? Limbo asks who are we with #nofilter.

The hashtag #nofilter is used to let people know that a photo has not been enhanced or adulterated in any way. How often do we apply #nofilter to our online personas?

Rowley directs Limbo and says her students understand branding and the online world to a point that they do indeed often forget who they are. One student uses her online account only to talk about Doctor Who. She is a Sci-Fi fan who simply isn’t comfortable sharing anything else about herself online. One student admitted she had two accounts. One where she adheres strongly to her brand and her message and the other where she feels she can be herself. But this second account is anonymous; she can only be herself when others do not know who she truly is.

Rowley says the attitudes of these students are interesting if also confusing. They fear being judged yet also so desperately want to be liked and to be the best. ‘They want people to be like them because that is what they see from others…it’s about being popular and competitive at the end of the day.’ 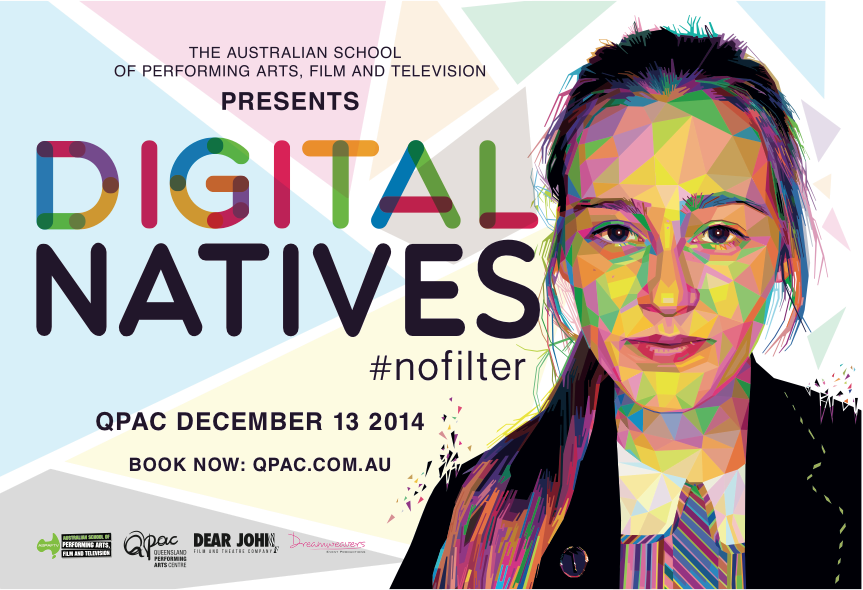 So out of this mayhem of contrived identities, diminishing imagination and the importance we place on online branding emerges Digital Natives #nofilter. Digital natives exploring how they manage to manoeuvre through the turmoil that is growing up with the added burden of feeling they have to be someone they are not to an online audience. This is a fascinating and highly engaging work. How many of us can say we have not in some way been changed by the digital era we now live in?

Whilst Hardwick admits the concepts here may be controversial for some she wishes to emphasise the positive. She says ‘This is a great celebration of students working hard…often there is much talk in the media of kids being negative but these kids have worked really hard for six months and are being creative…without their phones!’

The evening may challenge the way you view social media but most importantly you will be entertained by creative, talented kids who are not afraid to take on topics we as adults often don’t discuss. ‘I mean we don’t talk about it really do we? I think it might be bringing it out in the open and exploring the idea that maybe there’s more to us as individuals than we what we present online.’

—–
Digital Natives #nofilter is playing on the 13Th December at 6:00pm
Cremorne Theatre, Queensland Performing Arts Centre, Brisbane
Tickets are $41.80 and are available at www.qpac.com.au or by calling 136 246
Presented by The Australian School of Performing Arts, Film and Television. For more information see their website at www. aspaftv.com.au

Sharon Maine And Her Summer Of The Doll