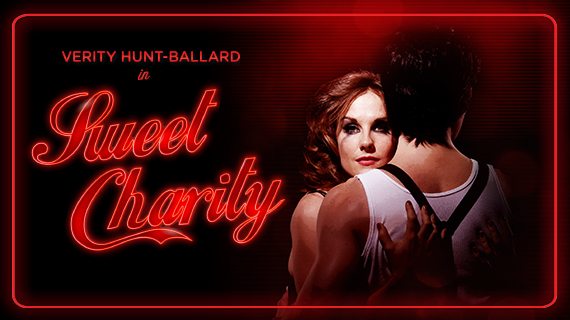 Luckiest Productions, Neil Gooding Productions and Tinderbox Productions are proud to announce the return of the smash-hit production Sweet Charity, playing Sydney, Canberra, Melbourne and Wollongong from January to March 2015.

Sweet Charity premiered at Hayes Theatre Co in February 2014, receiving rave reviews and leading to a sell-out season. Sweet Charity went on to be nominated for eight Helpmann Awards and won three including Best Female Actor in a Musical for Verity Hunt Ballard, Best Direction of a Musical for Dean Bryant and Best Choreography in a Musical for Andrew Hallsworth.

“Presenting Sweet Charity at Hayes Theatre Co in Sydney was one of the most rewarding experiences of our producing careers” said Lisa Campbell of Luckiest Productions. “The magic that was created by the cast and creative team rightly caused a sensation, and we were immediately determined to bring this magical experience to a wider audience. We are thrilled to be able to present the show again.”

If you believe in something hard enough, then eventually it has to come true, right?   Charity Hope Valentine is the eternal optimist – a worldview that puts her distinctly at odds with her co-workers in a seedy, run-down dance hall.  Dancing with man after man to pay her rent, she dreams of finally being whisked out of there and rescued by love.  But can Charity wish her way into making love come true?

“I am so delighted to be working with Luckiest Productions and Neil Gooding on the transfer of Sweet Charity,” said Tinderbox Producer Liza McLean. “Audiences are in for a real treat next year when this talented cast grace the stages of Sydney, Canberra, Melbourne and Wollongong!”

“Hayes Theatre Co exploded onto the theatre scene with this moving, incredible production of Sweet Charity,” says Hayes Theatre Co Chair Neil Gooding.  “The Helpmann Awards were an unexpected surprise – and we are beyond thrilled to see our first production touring Australia in 2015.  We hope that this is the first of many main-stage transfers for the productions which originate at Hayes Theatre Co – the home for musical theatre and cabaret in Sydney.” 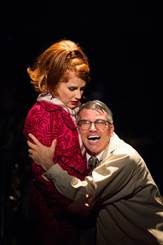 "Downsized, dirtied up and over-flowing with music-theatre talent… there is little to match the thrill of theatre seen right up close… the work done by this small, highly expert team is exceptional" Deborah Jones, The Australian

"It's a thrill to see and hear performers of this calibre close up…Crewes is a delight. Krizak is superb.  A memorable night."  Jason Blake, Sydney Morning Herald

Book by Neil Simon
Music by Cy Coleman
Lyrics by Dorothy Fields
Based on an original screenplay by Federico Fellini, Tullio Pinelli and Ennio Plaiano

Produced for the Broadway Stage by Fryer, Carr and Harris

CURRENTLY NOT ON SALE – SEASON DATES TO BE ANNOUNCED!

In Person Any Ticketmaster Outlet

Hayes Theatre Co is a dedicated music theatre and cabaret venue in Potts Point which was formally the home of the Darlinghurst Theatre Company.  Named for Australian musical theatre legend, Nancye Hayes OAM, Hayes Theatre Co honours and builds on the vast history of Australian Musical Theatre and its practitioners. This not-for-profit venue is managed by Independent Music Theatre, a collaborative partnership focusing on providing a permanent home for small-scale musical theatre and cabaret. By providing venue space to newly mounted productions, Hayes Theatre Co, will be a presenting partner together with independent producers and artists. Hayes Theatre Co is made possible through the City of Sydney's Accommodation Grant Program.

Arts centre Melbourne: THE GOSPEL ACCORDING TO PAUL