Strictly Ballroom has its leading man

Global Creatures and Director Baz Luhrmann have announced the actor chosen to play the lead role of "Scott Hastings" in Strictly Ballroom the Musical.

After months of auditions, the exhaustive search for the ideal triple threat is over. This "role of a lifetime" has been given to Thomas Lacey. Lacey has amassed a large fan base due to his role as Ben Tickle in the ABC's hit teen series Dance Academy. This was his first ongoing television role, and his natural charm and presence saw him soon become a favourite with audiences.

A committed performer, Thomas commenced professional work at the age of 7 on the stage in The Magic Faraway Tree for Garry Ginivan Productions. Other stage credits include Singing in the Rain and the Melbourne and Singapore seasons of Oliver!, all for IMG, The Wizard of Oz (GFO/SEL) and several appearances with The Production Company including Music Man, Bye Bye Birdie and Oklahoma! A career highlight was performing in the 2006 Melbourne Commonwealth Games Opening Ceremony.

Thomas commenced dancing at the age of 2 at the May Downs School of Dance, where he continues to train in Ballet, Jazz, Tap, Hip Hop, Contemporary Dance and Acrobatics as well as teaching the younger students. He has also undertaken training in voice and drama and his other screen work includes Blue Heelers and a recurring role in Winners and Losers (Seven Network). 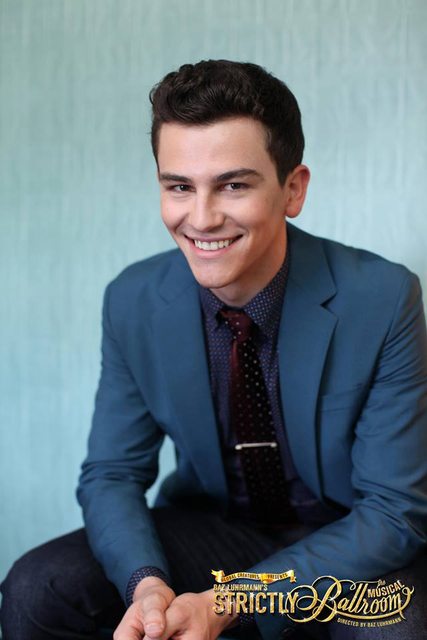 Strictly Ballroom the Musical is the inspiring story of a championship ballroom dancer who defies all the rules to follow his heart. This uplifting and courageous tale will tango, sashay and bogo pogo its way onto the Sydney Lyric stage from March 2014.

This brand new theatrical production will be brought to the stage by the original creative team behind the classic 1992 film, including direcor and co-writer Baz Luhrmann, set and costume designer Catherine Martin, choreographer John "Cha Cha" O'Connell and co-writer Craig Pearce.

The remaining cast will be announced shortly.

More information is available at www.strictlyballroomthemusical.com

Me and My Girl at Hayes Theatre Co