Squabbalogic and the Hayes Theatre Company present The Drowsy Chaperone

Just when you thought Sydney musical theatre could not get any better Squabbalogic kick off their 2014 season with the riotous musical within a comedy ‘The Drowsy Chaperone.’ The unique theatre company are pairing with the new Hayes Theatre in what is certain to be one hell of a show.

The Drowsy Chaperone is an award winning musical 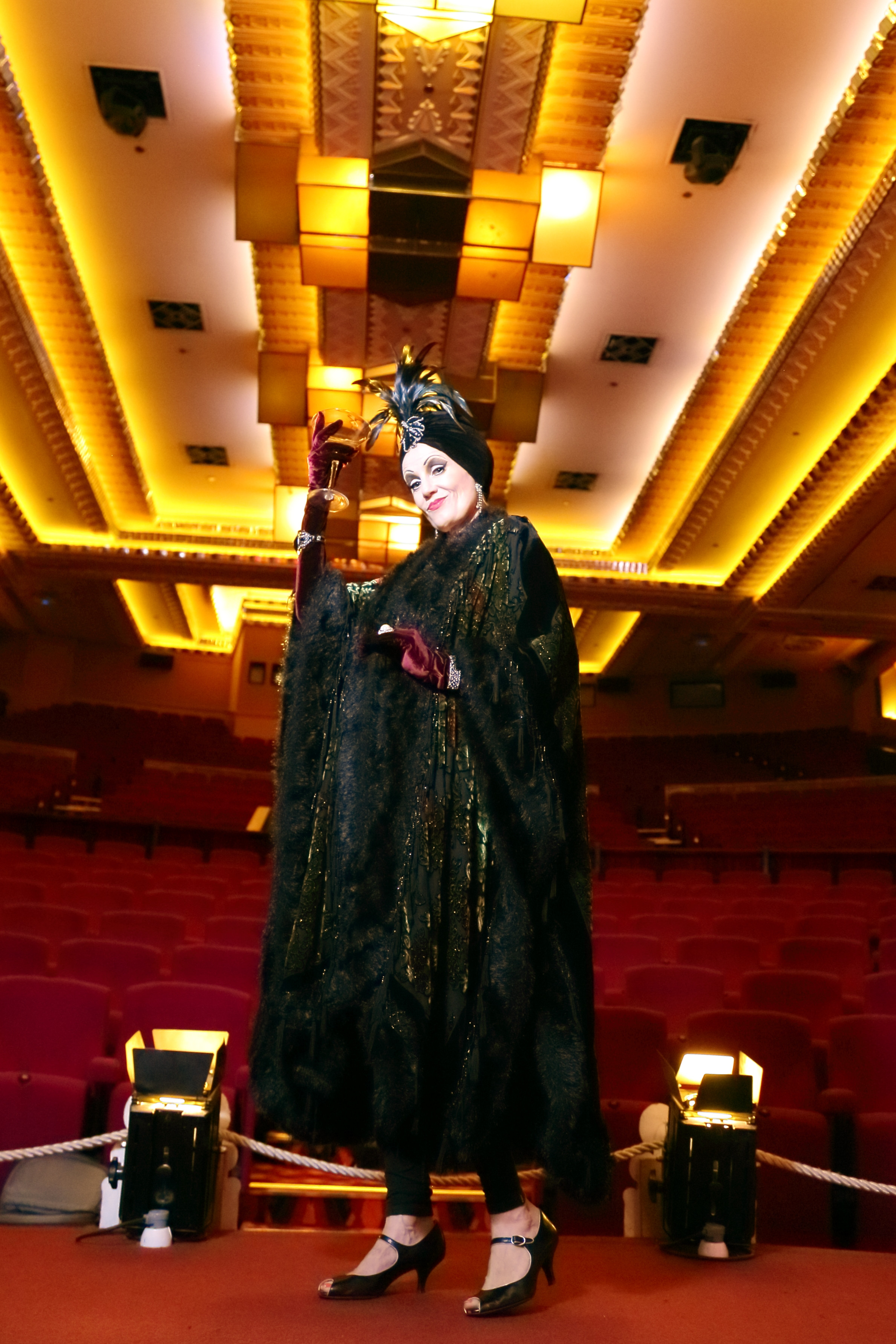 first performed on Broadway in 2006. In 2010 the Melbourne Theatre company produced the musical with Geoffrey Rush playing the musical die-hard fan, Man in Chair. The quirky, funny musical that is in effect, in the words of producer Jessica James-Moody “A love letter to musical theatre” is being given the Squabbalogic treatment….and fans of musical theatre will need to hold on to their seats!

The show opens with a very ordinary man sitting in his very ordinary apartment in New York. He admits to a state of “non-specific sadness.” The audience senses a deeper melancholy and loneliness in him. What is his story?

Man in Chair is the ultimate aficionado of musicals whose main desire is to be entertained. He places a rare cast recording of his favourite musical on to his turntable. It crackles into life and the music starts. The humble lounge room is transformed into a stage as The Drowsy Chaperone comes to life. The audience is then transported into three worlds, that of the man in chair and the two worlds of the musical, the actors who play the roles and the musical itself. Hilarity can only ensue.

The musical is a parody of, yet also a nod to, musical theatre. A nod and wink it could be said. The musical tells the story of a Broadway starlet seeking to marry her true love. Throw in gangsters, a Latin lover, hi jinx and misunderstandings and you get a story that is full of charm and roaring with humour.

Meanwhile we see the Man in Chair come alive as he narrates his favourite musical and shares his love of the genre with the audience. Suddenly he is not so ordinary but rather an enthusiast of the exact medium the audience has come to see.

Whilst the Director Jay James-Moody wishes the audience of this production to be entertained much as Man in Chair expects a musical to entertain him, Jay says also;

“ …I hope there is a deeper connection from the audience with our characters, particularly Man in Chair as they share a love of musical theatre each night.”

Starring such talent as Gael Ballantyne, Ross Chisari and Hilary Cole with James-Moody himself playing Man in Chair it seems Squabbalogic have a winning team.

Working with Squabbalogic on the Drowsy Chaperone has been very exciting for Gael Ballantyne, who plays the role of Ukelele Lil/Mrs Tottendale.

“They are lovers of music theatre and work with the professionalism of a major production company, but they have a collaborative ethic which makes them a great pleasure to be a part of. Everyone is made to feel welcome and valued.” 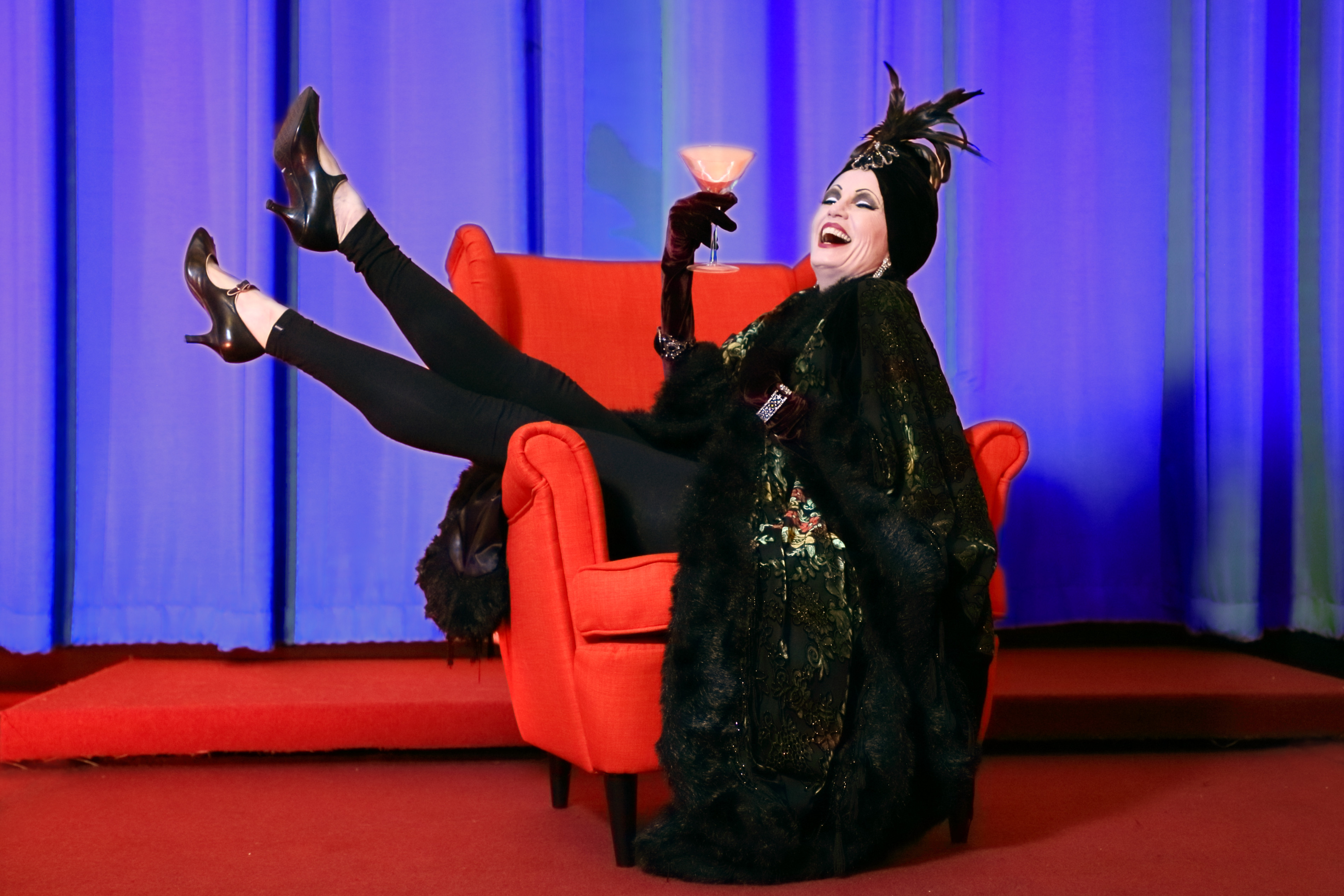 Squabbalogic are continuing on from their successful 2013 season which included a masterful production of ‘Carrie.’ Also directed by James-Moody ‘Carrie’ was a success, much due to his keen direction and the raw, believable performance of Hilary Cole as Carrie. Staging it not as horror or farce but rather a tragedy, Squabbalogic took an inimitable approach to what could have been seen as a perilous choice. It paid off and Squabbalogic are set to continue taking risks with their productions.

The young Hilary Cole has proven quite a talent and will now wow the audience playing Janet in the Drowsy Chaperone. She fits in well with Squabbalogic as she has a real love for Musical theatre. She says;

“I found being able to combine singing, acting and dancing to create something potentially more powerful than either discipline on its own to be completely exhilarating.”

Hilary’s enthusiasm and passion is contagious. Her appetite for the genre is an indication of why she is garnering such praise. She happily declares “I truly have an insatiable hunger for musical theatre.”

Hilary considered Carrie a remarkable experience and sees the role of Janet in the Drowsy Chaperone as her dream role;

“Janet and Carrie are truly chalk and cheese. Bring able to live in a darker world with Carrie for a while then come bursting out into the blistering bright world that Janet inhabits is the ultimate gift.”

Jay James-Moody as the Man in Chair relates to the character and thinks he understands him;

“He loves to share stories, but also has a lot of insecurities and you get the impression he doesn’t get out much.

"He does however find the role something quite different to the usual offering in musicals;

“It’s certainly different being in a musical and not being required to sing or dance, the biggest challenge is just getting used to having to learn a lot of dialogue.”

As a director, James-Moody faces different challenges. Putting on what is “Traditionally a huge, lavish Broadway affair with moving scenery and fly towers.” And taking this to “A 111 seat black box theatre, so the design has been a significant challenge where we are trying to capture the spirit of a larger performance in a very intimate space without a lot of bells and whistles.”

But he admits that these challenges often result in creative solutions. Much like Dean Bryant did with Sweet Charity in the same intimate setting, the audience will find these inspired solutions actually enhance the theatre going experience.

Squabbalogic are brave enough to show that small productions can be just as effective as large Broadway performances. Pushing our expectations, boundaries and creating a rare musical treat.

While this musical is witty and humorous there is a somewhat unknown romantic element to the show that also has a strong personal connection to the director. Jessica James-Moody says that the songs from the show were originally written as a wedding gift for Bob Martin and Janet Van de Graaf. The show also has a special place in her heart and that of her husband Jay as they sang one of the numbers from the show as their wedding vows. No wonder Jessica and Jay are so thrilled to be putting on the show. Jessica is very excited about producing the musical in conjunction with the Hayes Theatre saying that The Drowsy Chaperone “has been one of my favourite shows for years. “

So for an entertaining night at the theatre you might want to head to the Hayes Theatre to take in a performance of The Drowsy Chaperone presented by the talented team at Squabbbalogic. With a second big production to be announced at a later date, Squabbalogic are here to stay. Jessica James-Moody says that “2013 was a busy year for Squabbalogic with three productions in the space of five months, so with that under our belt I feel we can now achieve almost anything!”

The Drowsy Chaperone is playing at the Hayes Theatre from March 14th – April 6th.
For more information see www.hayestheatre.com.au or phone (02) 8065 7337.
To learn more about Squabbalogic visit their website. www.squabbalogic.com.au

Dancing in the CLOC spotlight