It took years for Carole King to find her voice. After penning hits for notable artists such as Aretha Franklin and The Shirelles, it was only when she started to sing her own songs that a whole new generation began to fall in love with her. The journey towards her celebrated album ‘Tapestry’ is what the new musical, Beautiful, aims to tell – shedding light on how the songwriter’s personal life began to influence her music.

Clinching the Tony this year for her role as King is Jessie Mueller who steps up from her supporting roles in previous Broadway musicals. Mueller let on that it took months for her to analyse the Grammy-awarding singer, but in performances, critics have marvelled about how she manages to capture King’s sexy huskiness and the idiosyncratic way she adjusts the placement of her voice syllable by syllable. Reprising her role every night at the theatre, what you get is more than just a Carole King impersonation but a symphony of understanding of who the famously stage-frightened singer-songwriter is behind the piano.

King’s life is both unique in her professional achievements and her personal challenges of that era – the ingrained sexism of her industry, the struggles of being a working mother and the humiliating infidelities of her first husband, Gerry Goffin. Beautiful unveils the curtain of the music industry through King’s eyes, capturing the best of her eclectic catalogue of over 118 pop hits during the 1960s and ‘70s, that are now familiar to those who were not even alive in that era.

The dramatization of a biographical book musical takes on an immediately familiar and hummable tune, with recognizable songs from ‘(You Make Me Feel Like) A Natural Woman’, and ‘You’ve Got a Friend’ to the heartfelt ‘Will You Still Love Me Tomorrow’, written during happier times of King’s life. The musical also takes on interpretations of other artists of the era, including "On Broadway' and 'You've Lost That Loving Feeling', written by Barry Mann and Cynthia Weil, well know rivals of the Goffin and King team. 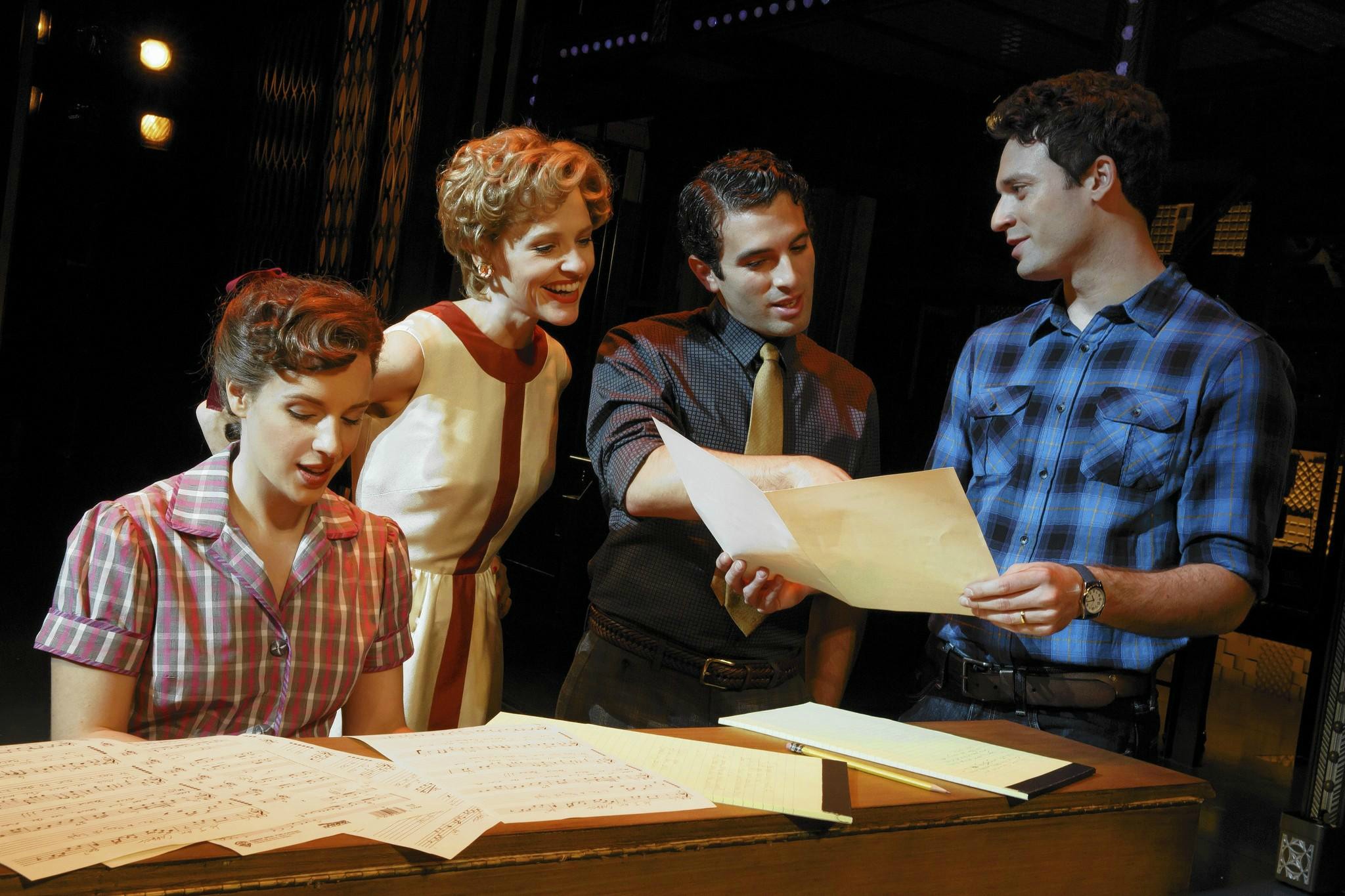 Book-writer Douglas McGrath sets the premise of the musical-comedy between the competition of King and Goffin vs. Mann and Weil, friends churning out equally radio-friendly hits from the next office. This builds up Mueller’s role in emulating the emergence of King as a ‘natural woman’ (pun intended), and while King’s story takes precedence, the undercurrent narrative fleshes out the complex music business of that era and the rise of her role as a singer-songwriter.

Jake Epstein as Goffin, Jarrod Spector as Mann, and Anika Larsen as Weil finish off the main quartet of Beautiful, giving a peek into King’s life that once went unnoticed. If the story does not grip you, the music certainly will – echoing the conversation between King’s life and her work. Beautiful: The Carole King Musical sings about a legend being born and the truth and ache of a woman who is singing from her heart. It certainly is more than just a musical tribute.

Top Musicals Battle It Out For Helpmanns