Sexercise – a cast recording and tour after the Melbourne season

AUDIENCES ARE LOVING THE BRAND NEW 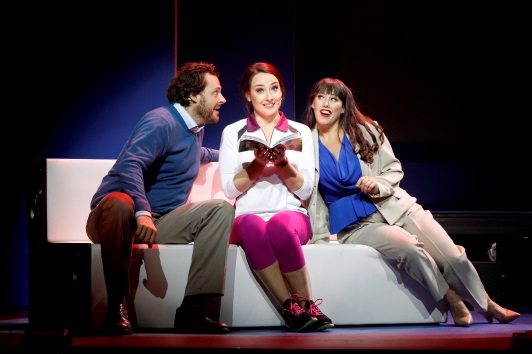 “Brilliant…go see it. You will not be disappointed.” – Simon Owens 3AW

The feedback from Melbourne audiences on the brand new Australian comedy Sexercise – The Musical, has been brilliant and after constant requests for a recording of the music, the cast have now produced a live album of the show’s songs which will be available to the public soon.

The Melbourne season will close on March 22nd and will then tour to Victorian Regional centres, before performing in other Australian Capital Cities later in the year.

This new Australian Comedy, which features an original musical score, is an  enormously entertaining comedy about relationships, with the two most common responses from audiences being how they can relate to the characters and how funny the show is.  A good fun night out.

Joe & Sam (married, but not connecting), Tania (heartbroken), Andy (married the wrong girl) , Rhonda the counsellor (looking for Mr Right online) and Shane (36 still dating 23 year olds)  all have their issues – busy lives love, lust, relationships, and Sexercise could be the answer.

Written by Derek Rowe, Directed by Sara Grenfell and co-produced by Aleksandar Vass and Malcolm Cooke, Sexercise – The Musical is the first performance to be staged in the new Alex Theatre, one of three theatres to be built in the former George Cinema complex in Fitzroy St, St Kilda

Stars unite for Out From Under – a response to mental health