Seussical returns for the MICF

What do the professional productions of Les Miserables, King Kong, Cats, Chitty Chitty Bang Bang, Blood Brothers, Madame Butterfly, La Traviata, The Wind in the Willows, The Magic Pudding and Cosi Fan Tutte have in common? All have cast members involved with OCPAC's Seussical The Musical.

OCPAC stands for Old Carey Performing Arts Company – and it's a name becoming associated with high quality community theatre productions. It all started when a group of friends decided to put on a musical. They'd grown up together at the Carey Baptist Grammar School, doing school productions, drama and theatre studies classes. With their love for theatre well and truly established, they wanted to provide an opportunity for people who chose not to pursue a career in the theatre industry, as they had, to still participate at a community level. The company also allows professional performers the opportunity to explore other areas of theatre, such as direction, choreography and conducting.

They started small, with some cabaret shows, before finally being ready to stage their first musical: Urinetown. Directed by Josh Robson and choreographed by Sam Hooper, both of whom were about to appear in King Kong, Urinetown received rave reviews from critics and audiences alike.  In their first major production OCPAC had set the bar high.

Following the success of Urinetown, OCPAC's next big musical production was Seussical The Musical, again being applauded by critics and audiences.  Here is a link to our Theatre People review: https://www.theatrepeople.com.au/reviews/seussical-musical 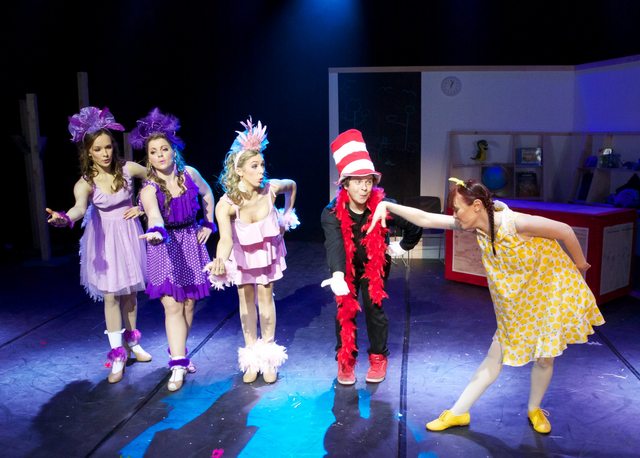 It was clear that OCPAC was not your average community theatre group. With a number of cast and production team members who have successfully made the transition into professional theatre, the high standard of their shows is not surprising.

OCPAC aim to be deliver shows of a professional standard at a community level –  shows that successfully blur the lines between professional and community. The team create a professional environment for rehearsals, but still ensure there is plenty of fun to be had amongst the cast.

The next big step forward for this company is to reprise their highly successful Seussical The Musical for a season at the Melbourne International Comedy Festival (MICF) at Melbourne's Athenaeum Theatre. It will be a much bigger stage and audience for the cast to work with and Mark Yeates, who plays the iconic character of The Cat In The Hat, is looking forward to the challenge. 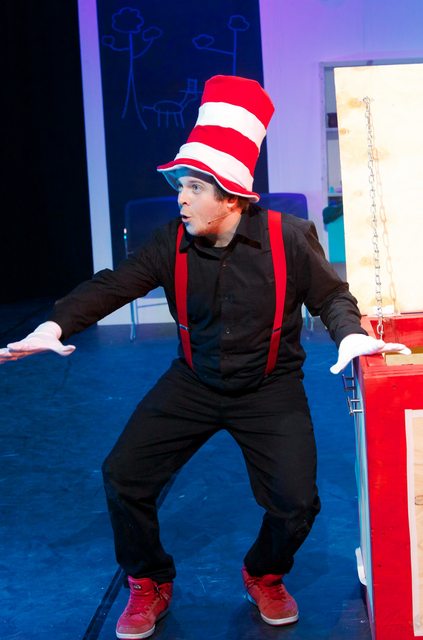 Yeates is doing post graduate work at 16th Street Actors Studio and playing the role of the mischievous cat is a fun change from his more serious acting studies. The Cat In The Hat acts as the narrator and protagonist in the show which follows the story of a young boy exploring the Seussical world. The show incorporates a range of well loved Dr Seuss characters that audiences will remember from the well loved books – where would a Seuss musical be without characters like Yertle the Turtle?

Josh Robson, vice president of OCPAC, has just finished the world premiere season of King Kong and is performing in Seussical The Musical before commencing rehearsals for Les Miserables. Robson explains Seussical The Musical is a show everyone will love. Although it is aimed at the under 16s every adult is likely to remember reading Dr Seuss stories as a child. These timeless classic books have been around since the 1950's and the musical will bring out the child in everyone who watches it.

Both Yeates and Robson grew up going to the theatre as young children and feel it is important for children to have opportunities to experience the arts culture in Melbourne and view live theatre. But it also means there needs to be suitable shows for children to see and at an affordable price. With family-friendly matinee performances during the school holidays Seussical The Musical is a show that will provide some great school holiday fun for both children and their parents.

OCPAC's last season of Seussical The Musical sold out – so get your tickets early!

For more details and tickets go to: http://www.ocpac.com.au/index.html 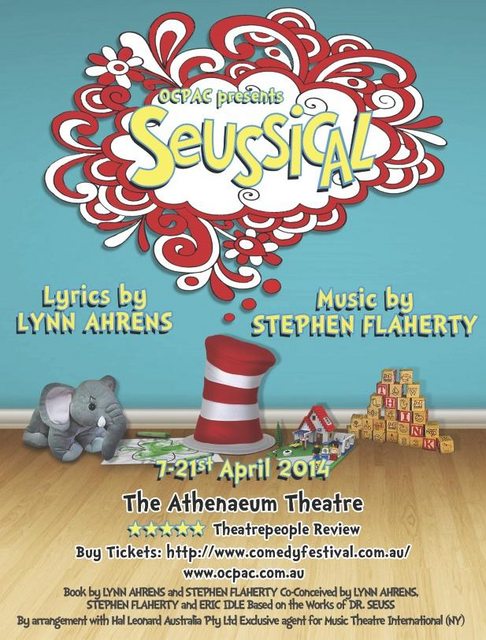