The Semi-Finalists will all perform in front of a panel of judges in Sydney on August 11 to determine the six Finalists.

The Rob Guest Endowment Award, now in its 6th year, is awarded annually to an emerging musical theatre performer selected by a panel of industry experts. It seeks out Australia’s brightest and most talented young rising stars by putting them through a gruelling audition process. Six finalists showcase their talents at the Rob Guest Endowment Gala concert, and this year the 2014 winner will take home $20,000, an $8,000 increase on the 2013 prize package. Runners up will each take home $1,500. The prize is intended to help a current artist in the musical theatre genre gain the performance experience, media training, guidance and a public image to help them become a leading artist in the Australian musical theatre industry.

Past winners and finalists of the Rob Guest Endowment Award are performing in lead roles in musical theatre around Australia, including Gretel Scarlett (Sandy in Grease), Ed Grey (Boq in Wicked), Euan Doidge (Marius in Les Miserables) and Francine Cain (Frenchy in Grease).

This year, with the support of Destination NSW and ANZ, the 2014 Rob Guest Endowment Gala Concert will be held on Monday 13 October, 2014 at Capitol Theatre, Sydney. Like past concerts, this night promises to be a highlight on the musical theatre calendar, showcasing the 2014 finalists alongside some of Australia’s finest professional musical theatre performers. 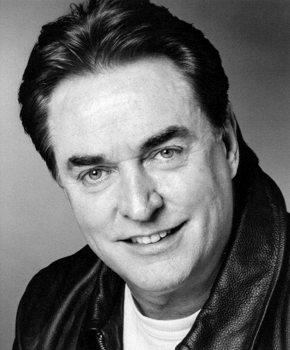 In 2008, in recognition of the late Rob Guest OBE and his achievements in the musical theatre industry, ANZ Trustees established a memorial fund in his honour to help emerging young performers in musical theatre. The Rob Guest Endowment has established itself over the past five years as a wonderful scholarship for young artists to develop as performers through experience, travel and tuition.

The late Rob Guest had a career that spanned over 40 years, making him a much loved Musical Theatre star and a household name to audiences throughout Australia New Zealand and overseas.  Perhaps best known for his role as the Phantom of the Opera, he appeared and starred in over 40 productions including Les Miserables , Jesus Christ Superstar, Grease, Jolson,  Sound of Music and WICKED.  Less well known to audiences was his role as mentor and adviser to many young performers he worked with over the years, helping them through rough spots and guiding them in their career development.  Following his sudden and unexpected death in 2008 while performing the role of the Wizard of Oz in WICKED, the ANZ Trustees Foundation: Rob Guest Endowment was set up as a tribute to this outstanding performer to continue his work in nurturing and progressing young developing talent in the Musical Theatre industry.