When Thomas Lacey and Phoebe Panaretos were announced as the two performers chosen to play the coveted roles of Scott and Fran in the world premiere of Strictly Ballroom The Musical, there were remarks about the pair being unknown, new names and even comments they were lucky to have “won” these roles. Won these roles?

Lacey and Panaretos didn't “win” their roles. It wasn't a lottery and it wasn't about luck. They earned these roles after many years of hard work, training and experience. They might be new names to the average theatre goer, but they're not new to the theatre world. 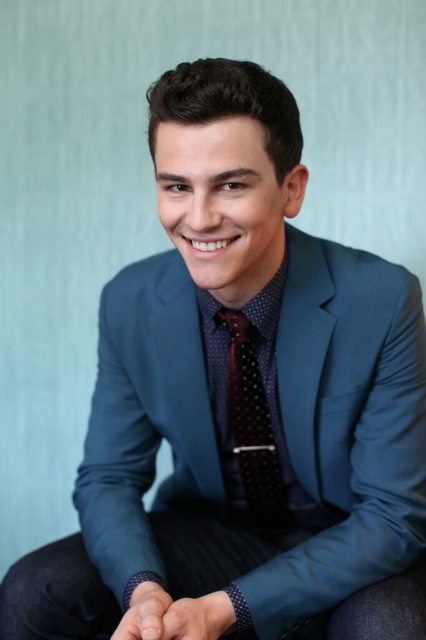 Thomas Lacey first started dancing lessons when he was just two years old and dancing has always been a big part of his life. He took classes in ballet, tap, jazz, contemporary, hip hop, acrobatics, music theatre and commercial dance, then at the age of eleven began training in Latin, Standard and New Vogue. When I commented to Lacey that he's trained in pretty much every possible genre of dance, he replied he hasn't learnt Irish Dancing!

Lacey got his first professional gig when he was just seven years old, performing the role of Jo in Garry Ginivan’s The Magic Faraway Tree.  He then went on to perform in The Wizard of Oz (GFO/SEL), Singing in the Rain (IMG/David Atkins), Oliver! (IMG/Cameron Mackintosh), Music Man, Bye Bye Birdie and Oklahoma (Production Company) moving from show to show until he began to grow too quickly and was not longer suitable for child roles.

Lacey took a break from performing before landing a role as Ben Tickle in the hit teen television series Dance Academy. He then had a recurring role in Winners and Losers before the returning for the next season of Dance Academy. Auditions for Strictly Ballroom commenced not longer after Dance Academy finished and Lacey hasn't looked back since.

The role of Ben Tickle in Dance Academy lead to Thomas Lacey becoming a household name in many homes around Australia. Known as “The Benster” Lacey played a very popular character and as a result has a legion of female fans who gather around stage door to greet him after each performance of Strictly Ballroom. Lacey is certainly very appreciative of his fan support, commenting that his fans “are the best.” Panaretos agrees there are always girls waiting to greet “The Benster” and would no doubt love to be in her shoes. 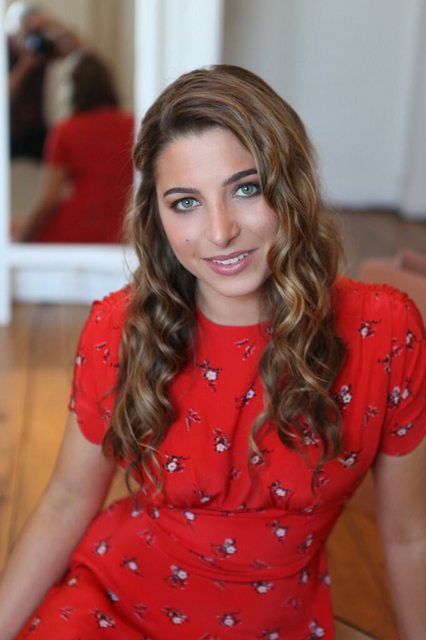 Similarly, Phoebe Panaretos has also worked hard to get where she is now. She made her professional debut in Cameron Mackintosh’s production of Oliver when she was eleven years old, playing the role of Rose. Growing up in Sydney, she attended Newtown School of Performing Arts and graduated topping the state in drama.  She moved to Melbourne and was an inaugural 2011 Musical Theatre graduate of the Victorian College of the Arts (VCA) where she awarded the Encouragement Award from the Friends of the VCA. In her final year she played the role of Anita in West Side Story. Other theatre credits include Singin' In The Rain (The Production Company) and Pippin (Magnormus.) She toured with stage productions of The Simpsons and Thomas And The Hidden Treasure. Panaretos made her television debut in Mr and Mrs Murder.

Like her character of poor Fran, Panaretos often missed out on roles, being told she was too loud to be in the ensemble or her voice was too different or she didn't have the right look for the role. At the time it was very disheartening and difficult to hear, but just like her character of Fran, Panaretos stayed true to what she believed and worked for and she finally got her big break. 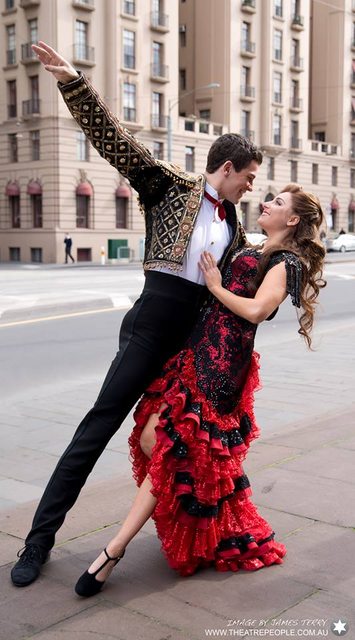 Both Lacey and Panaretos are very grateful to Baz Luhrmann for casting them into these two iconic roles. They know Luhrmann could have opted for some “big names” instead, which is the usual trend in musical theatre. Talking with Lacey and Panaretos it's easy to see why Luhrmann cast them as Scott and Fran. Lacey has a very down-to-earth and quietly confident boy-next-door charm about him. Paneretos is genuinely sincere and friendly. The two together make the ideal Scott and Fran and they share an obvious and natural chemistry. 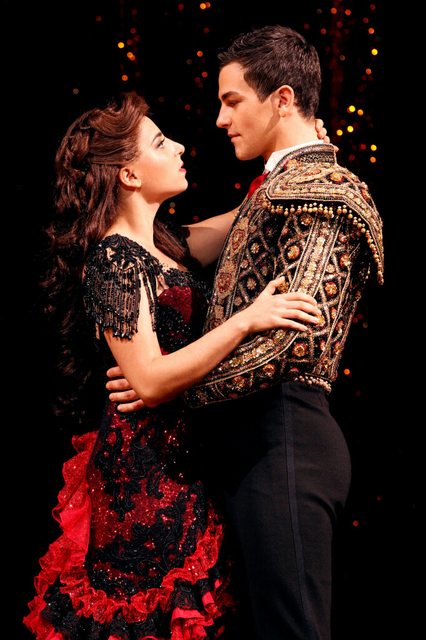 Strictly Ballroom is a bright, energetic and fun show that is popular with audiences and Lacey and Panaretos are also loving the experience of performing this show eight times a week. Lacey loves seeing the audience reaction to the show. 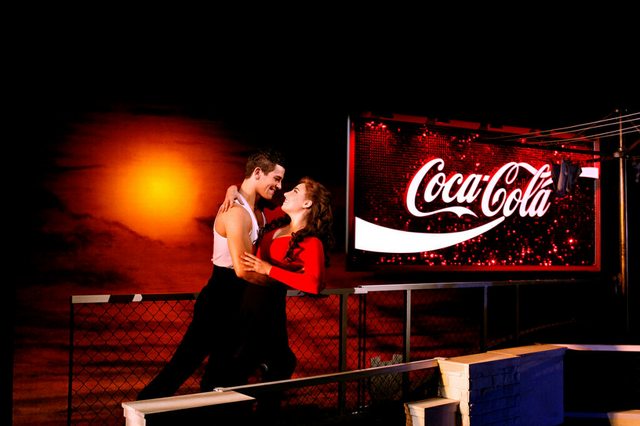 Panaretos says the story of Strictly Ballroom has a universal message which everyone can relate to: A life lived in fear is a life half lived. She goes on to explain that everyone can identify with that moment of needing to trust what they believe is right, step out of their norm and possibly defy someone. It's a story about self discovery and self revelation. There is also the Romeo and Juliet element of the story and the ugly duckling transformation of Fran. 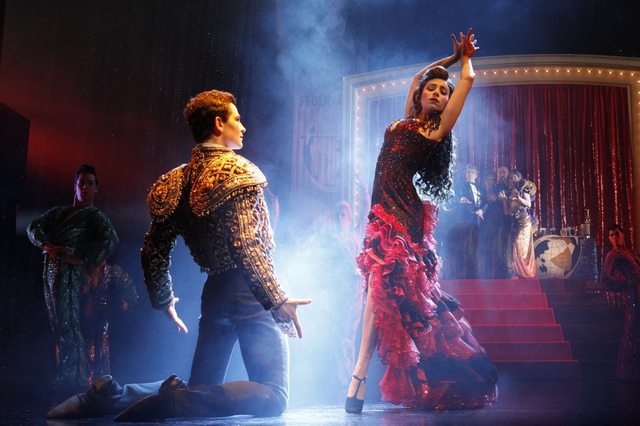 Audiences familiar with the story line of Strictly Ballroom would be well aware of the transformation from “daggy' Fran at the start of the show to the gorgeous dance partner … and Panaretos does look very gorgeous as the transformed Fran. What you won't see anywhere is the daggy Fran. There are no publicity images available and nothing in the program. The first time the audience sees this daggy, frumpy and unattractive Fran is when she walks out on stage … and the gasps can often be heard by Panaretos and the cast on stage.

So how does Panaretos feel about the “daggy” Fran (as she affectionately likes to call her)? “I love daggy Fran!” she exclaims. In fact, whenever there is publicity to be done, Panaretos asks if she can be daggy Fran instead of the glamorous one. Prior to each performance Panaretos will get into her daggy Fran costume and, as the timid and overlooked Fran, will go round to each cast member and wish them all the best for the show … just as daggy Fran would.

With the end of the premiere world season of Strictly Ballroom in Sydney last year, the cast now turn their attention to the upcoming opening in Melbourne. The show has been rewritten and it is a trimmer and sharper production that will open in Melbourne, with a brand new opening and whole new song. The cast are show fit and adjusted to the gruelling eight show a week schedule. After a relaxing break between seasons, they are fresh and excited for this new chapter. 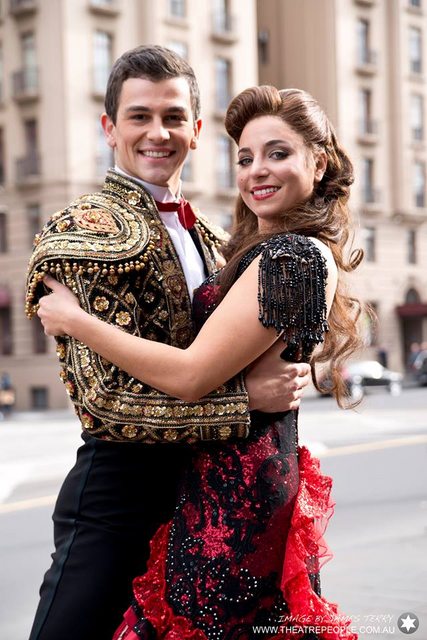 Both Lacey and Panaretos feel they have grown and developed significantly since the opening of Strictly Ballroom. They are both perfectionists and acknowledge they are only as good as their last best performance so push each other to improve. With a new show to learn the show still feels very fresh to everyone and they are looking forward to bringing the “perfected” show to Melbourne – the musical theatre city and home of the East End Theatre District, Lacy and Panaretos add with a smile.

The Indian takes on Capote in TRU