Recently, I attended the first American exhibition to gauge the political depth and scope of Keith Haring’s art work, featured at the de Young Museum in San Francisco. Keith Haring: The Political Line, featured many of his subway drawings where the aspiring artist would take empty advertising spaces in subway stations all over N.Y.C., and draw his iconic stick figures performing various facets of queer identity.

It was during this exhibition that I turned around to the stamping of feet and clapping of hands. A man dressed in drag, had taken this time and place to make his own courageous performance of queer identity, instantly transforming the moment into a stage for his own artwork. He played accordion and belted out original lyrics in a performance that felt passionate and significant. Afterwards, he quickly announced “Keith Haring’s artwork is a perfect example of public performances of queer identity. You may not know where  something is going or why you’re doing it, but just hope that it speaks out to somebody somewhere in the audience”; the moment felt multi-layered and pertinent. After his speech, the crowd became connected, and his bravery brought together the isolated spectators to dance and smile. In a spontaneous way, the moment even gave testimony to the late Keith Haring. 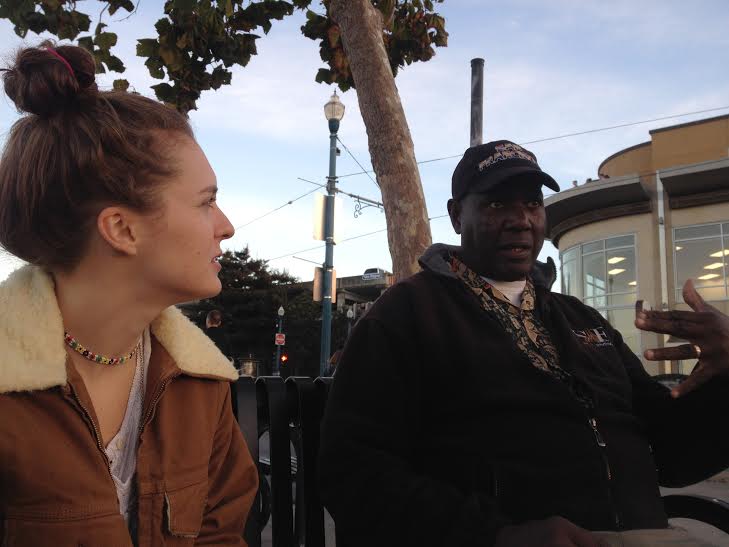 This spirit of performance is not uncommon in the city of San Francisco. The very pavement is a stage for so many mediums of self-expression. From the parade of halloween costumes that stampede across The Castro in November, to the many free live music events that take place weekly in The Golden Gate Park, the occasionally lonely city consistently joins together through music and costume. Free performances in the parks include artists such as The Zombies, Lake Street Dive, Chris Isaak, and many others.

Soon after attending the aforementioned event,  I decided to attend another, called The Dance That Documents Itself” A company of dancers performed on the pavement outside of the dance studio that became too expensive to rent due to the mass gentrification occurring all around the city. Partly as a result of the technological renaissance and influx of new technological offices and employees, these dancers protested against the impossible economy of San Francisco by claiming back the streets that had been reserved for people with higher incomes.

The piece was impacting, and an overhead projector mapped out words onto the building above the dancers, who moved in partial darkness. The novelty event generated a small audience of whom many were directly impacted by the themes at hand. I went alone and was welcomed by fellow observers who even invited me up to the dancer’s apartment to discuss the event afterwards. This was somehow the most significant part of the event: the social cohesion that took place afterwards, where complete strangers came together and were united by a common interest. It was beautiful how the use of the pavement literally opened up a space for dance “that documented itself” through the audience, and not through technology. 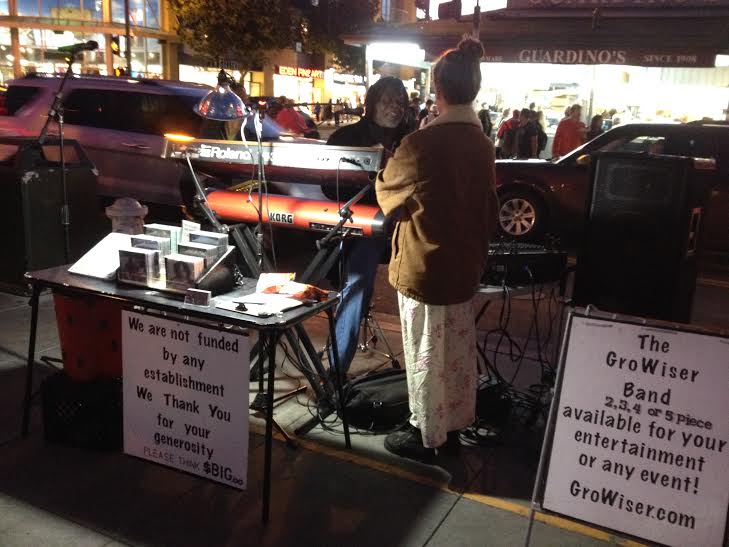 Sitting with these dancers, I was quickly familiarized with a group of maverick performers each in their own right. A girl with blue hair sat stretching her pretzel body as she reached out her hand to me, and a theatre producer by day, queer stripper by night even invited me to a secret show the next day. It was this enthusiasm for performance at any and all costs that reminded me why San Francisco was unique.

Although fraught with gentrification and digitalized art forms, the city council itself has gone to some measures to encourage performance throughout the city. Specifically, the use of outdoor spaces is supported by The Port of San Francisco’s Fishermen’s Wharf Street Performer Program. The purpose of the city’s program is to manage and make accessible, the various performance locations around the city, and allow for performance to take place under it’s jurisdiction.

In fact, a friend and I went down to the wharf to take a closer look at the performers protected by this program, and investigate how it’s impacted their freedom of speech. We met one man that had been playing the steel pan down on the Fisherman’s wharf since 1961. Previously unprotected by any program, he was often told to move on by police and interrupted by various agents. Today, he proudly performs in various locations on the water front, along with his other friends from The Caribbean. Pointing to his steel pan he explained, “a lot of people think this is just a trash can with some dents in it, these things cost us $4,000 and they’re much more than that”. He also reminded us of the sad truth about living as an artist in San Francisco. Performing down at the wharf every single day, he still struggles to make rent prices in the ever gentrifying city. He explained, “Busking is a full time job, in this city you can work a full time job and you can still be homeless.” He described the economy’s impact on art and self expression as being an “inevitable collapse”. 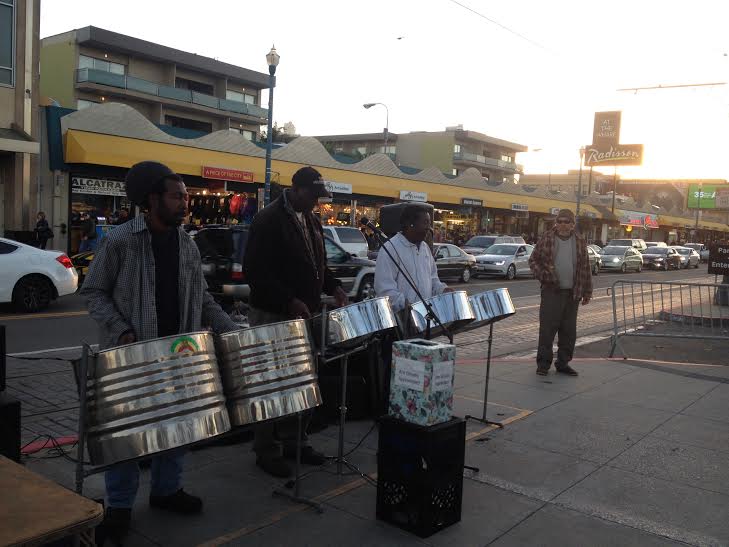 We even got the chance to speak to a young boy playing the drums who had performed on the wharf since he was a young child in order to carry on the tradition of his family. “It’s in my blood,” he said, as he played the drums effortlessly. When asked what his favorite part of being able to perform in San Francisco was, he summed up the ineffable “It’s the love you get around here.” Although San Francisco may not always be financially accommodating, there is something else that is accommodating, and it really is the love and support that artists gain from one another in their pursuit of self expression.

An Evening of Afterplay with Heidi Manché