Pop as you have never heard it before

Imagine if some of your favourite, current songs had actually been written for a totally different reason, by a pair of Vaudeville artists from the 1920's. Imagine if Britney Spears' Toxic had actually been written as a deep and moving memorial tribute to Madame Curie. Or Girls Just Wanna Have Fun was actually a song about the Women's Suffragette Movement and Drop it Like it's Hot was about the invention of the electric iron. And imagine if those original Vaudeville composers, frozen during an avalanche on a trip to Antarctica, had finally thawed out as a result of global warming, only to discover their songs had been recorded completely out of context by our modern day artists. Imagine these original composers now want to set the record straight and explain the true purpose and meaning of these songs. Well imagine no more … this is the story of The Vaudevillians. 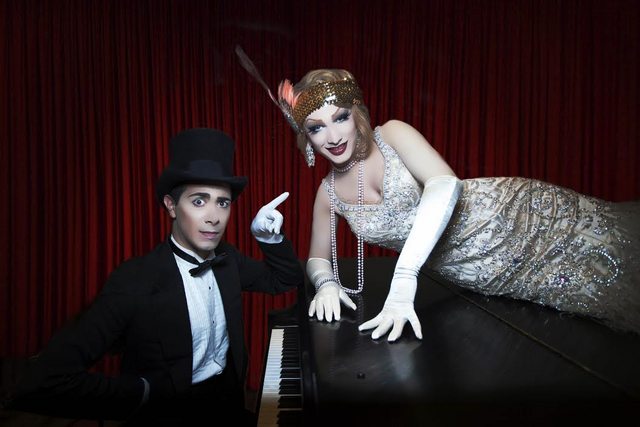 Jinkx Monsoon, the reigning queen of RuPaul’s Drag Race, makes her Australian debut with co-star Major Scales, in The Vaudevillians, premiering at Melbourne’s Midsumma Festival before a 3 month Australian festival tour. The pair are looking forward to their upcoming Australian tour and are keen to see how our audiences will embrace this quirky and hilarious show.

Monsoon and Scales star as Ms Kitty Witless and Dr Dan Von Dandy. The pair came up with the convoluted plot together, then developed the two characters for a show that turns well loved pop songs into a 1920's ragtime, knee-slapping style … and with completely different contexts. With songs such as Piece of My Heart and Bad Romance, the audience is taken for a side-splitting ride back to the 1920's. You may never listen to these songs the same way again! 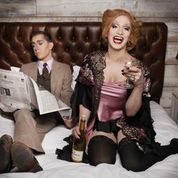 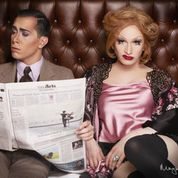 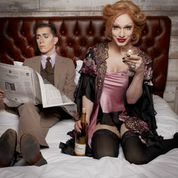 So why did Monsoon and Scales choose the 1920's? As they explain, the vaudeville era was a unique time in American entertainment history as the grass roots for our current day Broadway and much of our current comedic stylings. It is also the period when female impersonators began to emerge and is an era loved by both Monsoon and Scales. And, as they happily informed me, “Toxic sounds good with a ragtime feel!”

The Vaudevillians has received rave reviews during sell out tours through America. Initially, the show discovered an interesting niche market – people who love a mix of burlesque, variety, old ragtime and have a weird sense of humour! The Vaudevillians has now developed into a full show rather than a series of variety segments, and so too, their audience has extended and grown.

If you enjoy hearing pop songs in a completely different context, don't mind a bit of old ragtime music and love a good convoluted and witty storyline – The Vaudevillians is the show for you!

The Vaudevillians opens on January 15th for a limited Melbourne season.

Or take a look … https://www.youtube.com/watch?v=XlFuaenyRC8

Step Into the World Of The Illusionists 1903