Patrice Tipoki's debut album to be released on Friday 1st May

One of Australia’s emerging leading ladies and star of stage, Patrice Tipoki, is thrilled to announce the release of her debut album A Musical Heart on Friday 1 May, celebrating Patrice’s journey across a broad range of musical genres.

This highly anticipated album features songs from many of the hit musicals Patrice has appeared in since making her musical debut at the age of 7 in The King & I, following her impressive career all the way through to her current starring role in the acclaimed new production of Les Misérables.

A collection of popular musical theatre tunes, A Musical Heart includes songs from Les Misérables – ‘I Dreamed a Dream’, Wicked – ‘Defying Gravity’, Beauty and the Beast – ‘Beauty and the Beast’, We Will Rock You – ‘Somebody to Love’, Westside Story – ‘Tonight’, The King & I – ‘Shall We Dance’, Anyone Can Whistle – ‘Anyone Can Whistle’, and Songs For a New World – ‘I’m Not Afraid of Anything’.

Every song on the album has significance for Patrice. “All bar one of these songs are from musicals I’ve been privileged to perform in,” Patrice says. “My voice may be a hybrid of music theatre, pop, R&B, soul and classical – you decide – but if nothing else, I hope you feel the heart that flows through these snippets from my journey in musicals so far.” 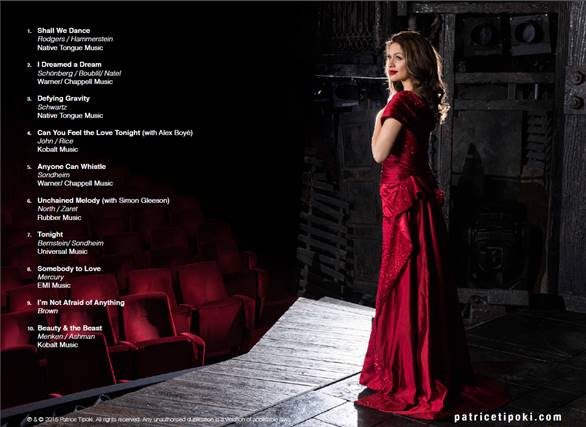 Patrice has achieved great heights in her career to date. Playing Nala in Disney’s The Lion King was a special and spiritual experience for her as well as playing the role of Elphaba in the Australian production of Wicked.  'Defying Gravity' holds a very special place in Patrice’s heart, “I got to fly as an expectant, and then new, mother!” Currently she is honoured to be fulfilling her dreams performing ‘I Dreamed a Dream’ every night as Fantine in Les Misérables, a role she describes as “a privilege to be a part of a show that has moved people for decades.”

Patrice's rich history of music and culture stems from her Maori and Irish background. From an early age her love for music was fostered in a musical family performing throughout Australia, and her sister Laura Tipoki is the album’s Musical Director.

“Anyone who knows me or my family, knows that music runs through our veins and is in our hearts,” says Patrice. 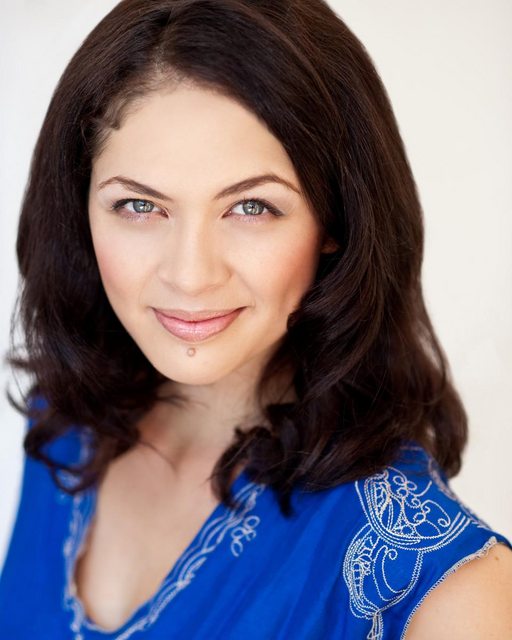 From soprano to rock, A Musical Heart showcases Patrice’s versatility as a performer. She graduated from the prestigious Western Australian Academy of Performing Arts (WAAPA) where she honed her craft. She is also no stranger to the world of pop music where she was a member of Girlband, releasing the singles 'Party Girl' (2006) and 'Electric' (2007), and touring Australia with the Rogue Traders and TV Rock.

Patrice Tipoki’s A Musical Heart is released on iTunes on Friday 1 May and distributed through The Planet Company.

CDS CAN BE PRE-ORDERED: http://www.patricetipoki.com/