In May, 2014, Riverside Theatres, Parramatta, are bringing to stage one of contemporary Australian theatre’s most provocative works, Parramatta Girls, by Anna Valentine. Directed by Tanya Goldberg, the cast features renown performers including  Christine Anu, Vanessa Downing and Annie Byron, and depicts the horrific experience of girls who lived through years of physical and sexual abuse in the now infamous detention centre known as the Girls Training Home in Parramatta.

Australian theatre has a strong tradition of exploring the darker side of our nation’s history, and in this vein, Valentine’s Parramatta Girls dramatizes interviews with surviving inmates of the home, where girls were largely denied access to education and were subject to a culture of physical and sexual abuse as they were trained to be domestic servants. Valentine’s play was nominated in the 2007 Helpmann Awards for both Best New Australian Work and Best Play, and quickly found its way onto HSC text lists as a theatrical exploration of Australian history.

For director Goldberg, a large part of the impact of the story comes from the realisation that everything depicted is based on real events, that such state-sponsored abuse carried on for years and affected ‘hundreds and hundreds’ of girls. Goldberg says it is a sobering reminder that such horrific events are part of Australian history and are not just stories told of other places.

The play depicts 8 former inmates who are 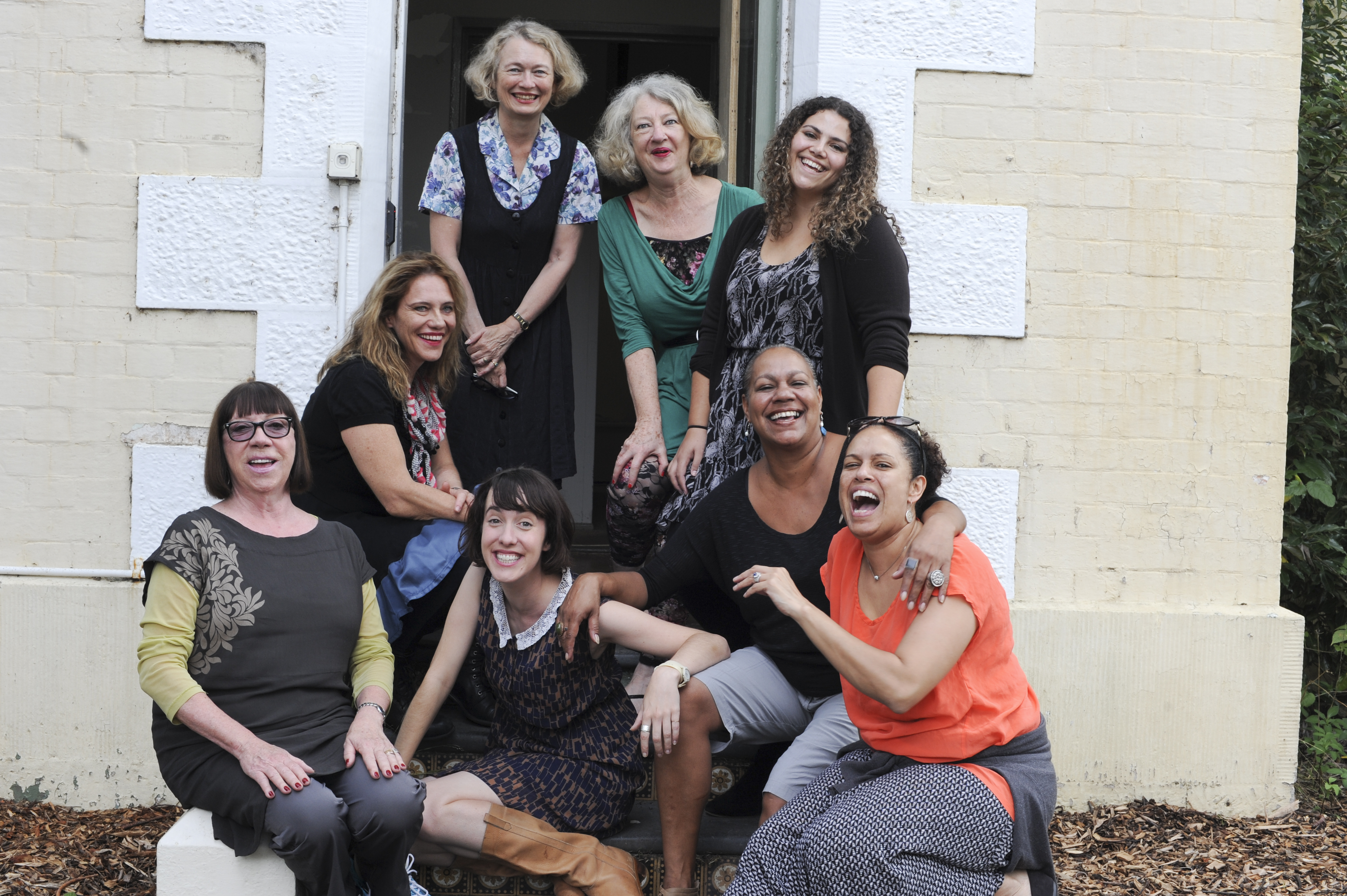 returning to the home as part of a reunion many years later, and as they moved around the site they recount and relive experiences that they shared there. The play has two tracks of story, one being the story of these women meeting up together for the first time in years, and also the story of them in the home as young girls.

The 8 characters are an amalgam of the stories of man of the girls who lived in the Girls Training Home. Goldberg describes the end result as a theatrical representation of events, rather than an historical account, although much of the dialogue in the play comes directly from the transcripts of interviews and testimonies of many of the Parramatta girls. Goldberg says she is grateful for her cast of 8 ‘thoughtful, intuitive, wonderful actresses’ who together form an ensemble cast that have been working together bring out some ‘wonderful moments’ from the play.

In seeking to balance the gravity of the history depicted in the play, with the theatricality of the storytelling, Goldberg says they have met with Bonney Djuric, one of the surviving inmates, who is an advocate for ex-Parramatta girls and who Goldberg describes as ‘very feisty, and extremely knowledgeable, and clearly shaped by her experiences in the home’. Goldberg says she tries at all times to maintain sensitivity to the real history of the story, which was aided by visits to the site and getting to see the actual location in which the play’s events occurred.

The play seeks to bring to life the psychological reality of how the events of the home affected the girls, and Goldberg says that audiences may be in for a ‘rude shock’ if they are not already aware of the history of the home. While in recent years the publication of the ‘Forgotten Australians’ report and the Senate Inquiry into Institutional Responses to Child Abuse have brought some of these stories to light, much of it is still unknown, and Goldberg hopes that audiences recognise that this kind of institutionalised abuse has happened, and does happen, even in the middle of Sydney.

Goldberg says that the heart the play is a very human story of 8 women trying to reconcile their experiences and a ‘very dark part of their lives’, and she hopes audiences are moved by the story of these women trying to piece their lives back together, and also provoked to imagine and consider what it takes to negotiate those sort of challenges. Despite the dark subject manner, the play is ‘heartfelt, heart-warming, and contains a great sense of humour’ and Goldberg believes Valentine has done a great job of balancing ‘pretty full-on material’ that can be quite upsetting and distressing with a sense of humour that combine to depict the strong spirit of survival shared by the women.

One challenge of Parramatta Girls is ensuring both the humour and humanity of the play are presented appropriately. No stranger to either form, Goldberg’s theatrical experiences include a broad range of comedy and drama, and she has recently returned from the L.A. production of The Blind Date Project, an improvised show produced by Ride-One Theatre Company, of which Goldberg is co-artistic director. In directing Parramatta Girls, Goldberg says that their approach has been to play each moment, letting the heavy moments be heavy and the humour come through when appropriate. Goldberg says that rehearsals have certainly had some emotional moments as the cast deal with the issue in the play, but they are also working together to present a very human story of surviving hardship.

As part of the season, a number of additional events will be presented in conjunction with the season of Parramatta Girls  including:

The production of Parramatta Girls offers a great chance to tackle this unpleasant aspect of Australian history head on, and to engage with living parts of that history that might otherwise have been forgotten.

Blockbuster musical about to rock Sydney