Packemin’s Beauty and the Beast comes to the Riverside

Beauty and the Beast is a tale as old as time that has enthralled generations. Most of us know the spectacular musical adaptation of the beloved Disney movie, which is coming in full force to expectant Sydney audiences.
This much-loved musical is being presented at the Riverside Theatres, Parramatta, by Pro-Am company Packemin Productions, who have wowed audiences with their incredible productions of The Wizard of Oz and Annie.

Assistant Director Jordan Vassallo says that as big as The Wizard of Oz was, audiences should be prepared for an even greater spectacle when Beauty and the Beast hits the stage. “For those who have seen past Packemin productions like The Wizard of Oz where we had flying people and real fire balls, they will know that we don’t do things on a small scale,” says Vassallo, “Saying that, looking back over the shows we’ve done, the visual spectacle that Beauty and the Beast is going to be, is on a whole other level; a real step up.” 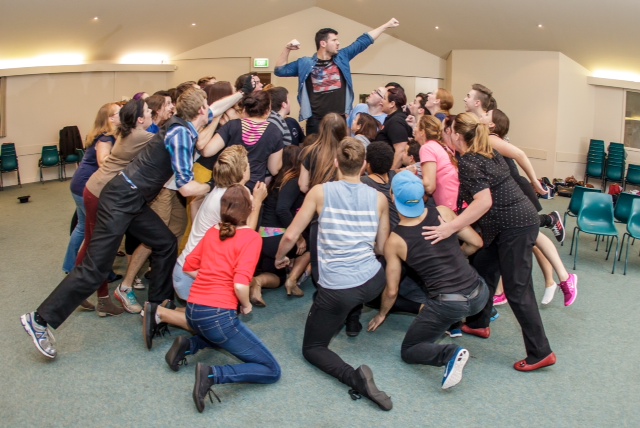 The story of Beauty and the Beast is almost universal. We have the fearsome Beast who acts fierce to conceal the sadness in his heart. We have the handsome Gaston whose true nature is at complete odds to his external appearance. Then there is Belle: beautiful, kind, and strong, she manages to pierce the veneer of the Beast and inevitably falls for him despite his grotesque appearance.

Then there are the characters that make up the household such as Mrs Potts. Indeed Scott Irwin who plays the Beast believes the other characters bring a powerful message of their own. “The central theme of ‘beauty within’ is an important one, but there are other messages in there too,” says Irwin, “The characters in the castle are constantly finding humour, even though they’re in dire circumstances. It’s a lovely message to keep your chin up because things might still turn out for the best.”

The part of the Beast is incredibly difficult but also rewarding. Irwin, who has played various roles in Les Miserables, Camelot and They’re Playing Our Song, is thrilled to be playing such an iconic role. “The beast is one of the great musical theatre roles, but the real attraction is the complexity of the character, to try and find the human side of the Beast,“ says Irwin ”He has to be beastly enough to be scary, yet have enough humanity for Belle to be able to fall in love with him.”

On the other hand we have the role that every little girl wants to play; the beautiful princess. Kelsi Boyden is just 18 years old but has been performing since she was six. Many young women would feel the way she does about getting the opportunity to play Belle. “Ever since I was a little girl, I have loved Disney characters and as you grow you dream of achieving the things they do,” says Boyden, “The opportunity to play an amazing character like Belle is a dream come true! I see a lot of myself in Belle, what she stands for and what she represents.”

But Belle is more than just a beautiful Princess and Kelsi is motivated by the complexity of Belle’s character. “What’s really inspiring about her is that there is so much more to her than meets the eye. She is beautiful both inside and out. She’s strong when she needs to be but also very kind and loving. I love getting to show the different emotions of her during the show.”

Donna Lee, a stalwart of Australian theatre, is thrilled to be playing Mrs Potts. Not only does she like the idea of playing a nurturing mother to a tea cup son but is excited she will be singing the title song. “Best of all, I get to sing the title song which is one of the loveliest parts of the role. Everyone knows the song and even three year olds can sing the chorus!” says Lee, “I suppose Beauty and the Beast is particularly special because it has such an important moral to it – look beyond face value and take the time and effort to let people show you who they really are.”

In their Pro-Am model, Packemin Productions brings together professionals, community members including young people starting out and people who simply just love performing. Bringing together people who all love the theatre so they can learn from each other and bring their own unique approaches to performing is going to produce some remarkable shows.

Lee, who brings her expertise to the 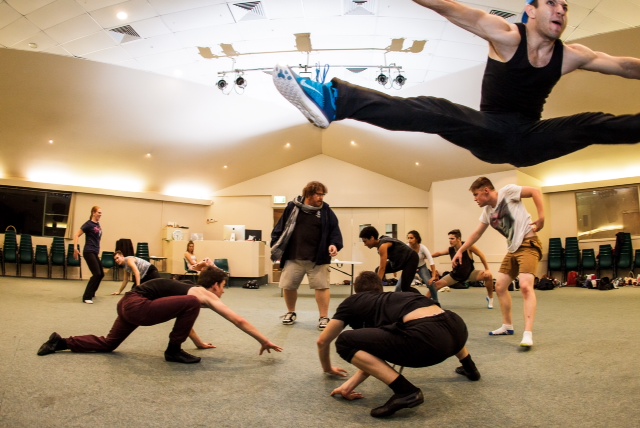 production, says that Neil Gooding has gotten it right with the cast of Beauty and the Beast. “I’m having a ball, not just because of the role, but because of the cast members themselves. Neil has managed to assemble a great group of people together from what I understand was a very big audition process. It was clearly worthwhile! They are so enthusiastic, which is infectious when you get to rehearsals.”

If the cast are having a blast then the audience can only benefit. Gooding’s skills as director and producer are well known and Vassallo has had 15 years’ experience in the industry. This show will be extremely professional and put together with an enthusiasm and star quality that a Broadway production might well envy.

Beauty and The Beast is playing from July 18 – Aug 2, 2014
For tickets and Information see the Riverside Theatres Parramatta webpage
http://www.riversideparramatta.com.au/show/beauty-and-the-beast/
For more information about Packemin see www.packemin.com.au