New production of The Night Larry Kramer Kissed Me for Melbourne

The Night Larry Kramer Kissed Me is a biting, hilarious, provocative and moving series of monologues, written by David Drake. It was first performed off-Broadway more than twenty years ago and Drake has now updated the final monologue to take the show into the future and the year 2021. This new version of the show will be performed for the very first time in this new production which opens tonight at The Butterfly Club in Melbourne.

The Night Larry Kramer Kissed Me will be performed as a two man show, starring Ben Hudson (The Addams Family (Lurch,) Love Never Dies) and James Wright (Once In Royal David's City, Relative Merits, Three Winters Green, Butterflies Are Free.) Both performers will portray the same character at different moments through the life of a gay man – from childhood days attending musicals to going to the gym and gay disco nightclubs. While the show is set in New York, it really could be an Australian story. 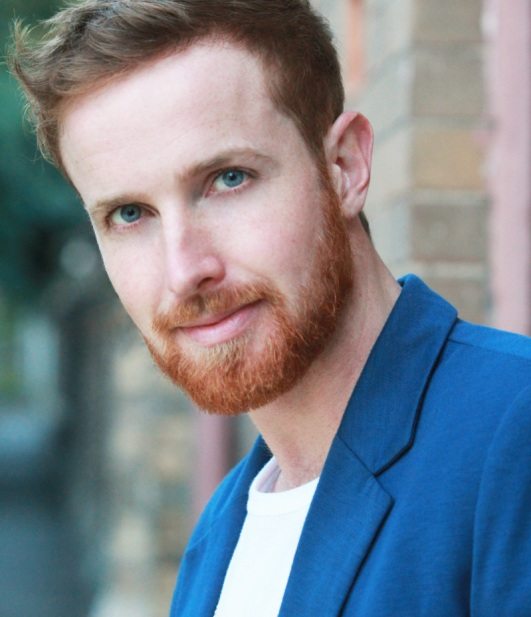 Performer Ben Hudson, describes the show as a lot of fun. It's a tight one-hour show that not only takes the audience on a journey of hilarious moments of discovery, but is also somewhat of a history  lesson. Preparing for the role, Hudson acknowledges he gained a much great appreciation of the hardship that gay men (and women) had to go through in coming out to the world in previous generations. He also realises the spirit of the gay community in supporting each other as they lost so many to the epidemic of AIDS.

Hudson would encourage younger gay men to see the show to gain an appreciation of the history presented in this piece and to really understand what older gay men had to go through. He admits the show is targeted at a gay audience, but says his family and straight friends have also loved the show. Hudson describes it as an entertaining show that will leave the audience feeling positive, inspired and uplifted, finishing with a view of how the world could look like in the years ahead.


The acclaimed production of the OBIE award winning play will open for its Melbourne Premiere of 6 performances from Tuesday the 12th of August – Sunday 17th of August.

Performances times are 8pm TUE/WED/SUN and 9pm THUR/FRI/SAT at THE BUTTERFLY CLUB, MELBOURNE.

Broadway ticket sales down $1.7 million in the wake of Hurricane Sandy