‘Monkey’ journeys on to the stage!

Anyone who was at school in the 70’s will react to these two words “Monkey Magic.” If you have jumped up, starting kicking and spinning in an attempt at Kung Fu then you know exactly what I am talking about. The cult TV show Monkey was a surprise TV hit and is still held in great esteem by its legion of fans.  Not many people know however that Monkey was based on a classic, well-loved story written in China in the 1500’s.

Kim Carpenter, founder of Theatre of Image was 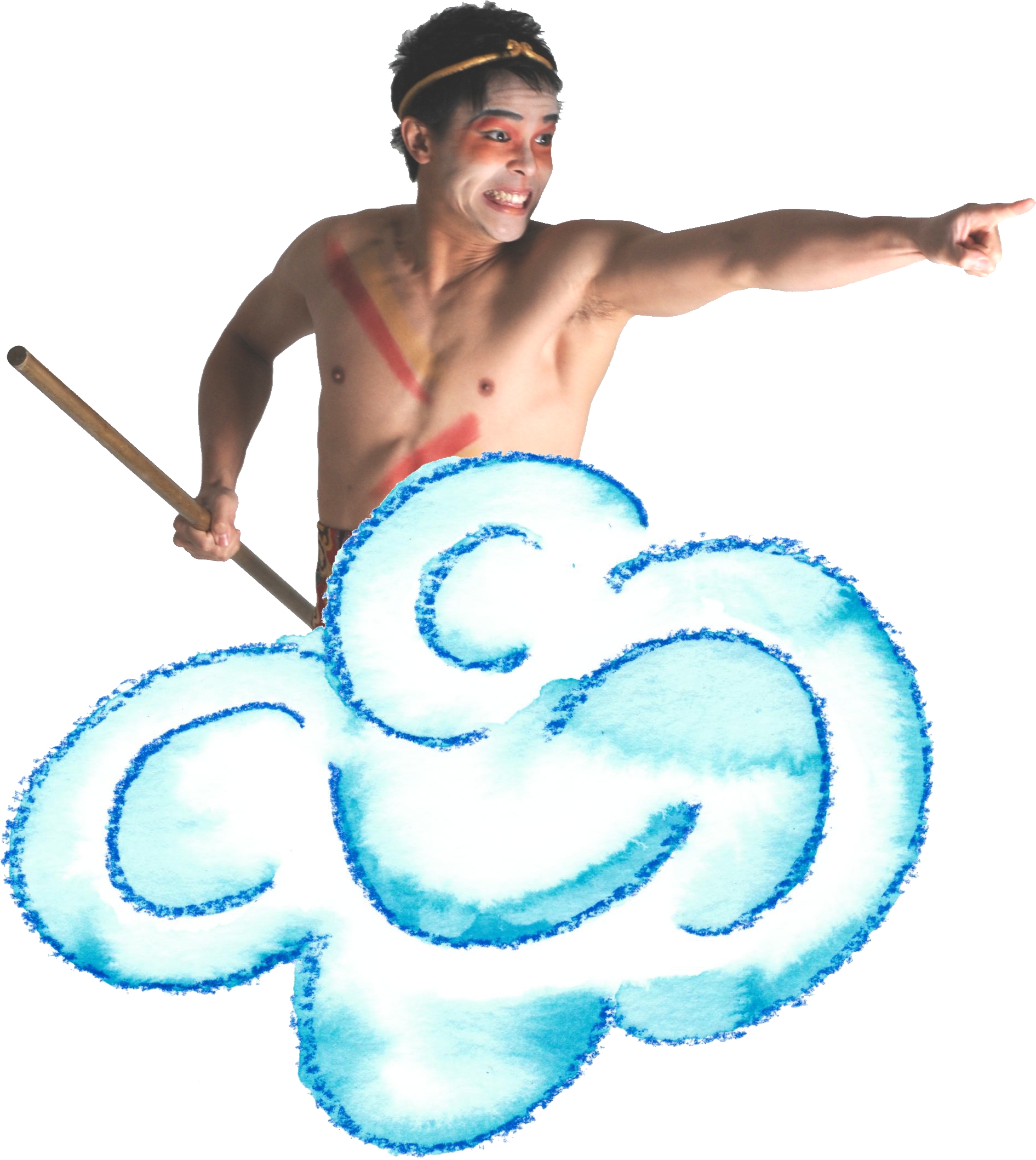 inspired by performances based on the tale he saw when in Hong Kong: “I was curious to engage with the original source when I returned to Sydney. I found an English translation of the original 3 volume 1500-page by Wu Cheng’en written in the 16th century. While repetitive, it was highly charged with vivid imagery and visceral battles.”

So he combined with award winning writer Donna Abela to come up with a spectacular large scale stage show featuring martial arts, comedy, music and song. Directed by Carpenter and John Bell Monkey…Journey to the West is a fantastical remarkable adventure suitable for all ages. Also exciting is that this is the first time a version of the Monkey story has ever been staged in Australia.

For those not familiar with the Monkey story, it is a remarkable quest featuring four pilgrims journeying to India in order to obtain the sacred scriptures and enlightenment and return them to China. On the way they face gods, demons and numerous travails that constantly test and challenge them.

Monkey King was born from a stone and wanted to be immortal. He learned various magic tricks and could transform himself into different images and ride on clouds. He goes by many names, as Aljin Abella, who plays Monkey, explains: “Monkey has many names; Sun Wukong, Handsome Monkey King, The Pilgrim Sun; but I’m sure if we asked him he’d prefer ‘The Great Sage Equal to Heaven’.” 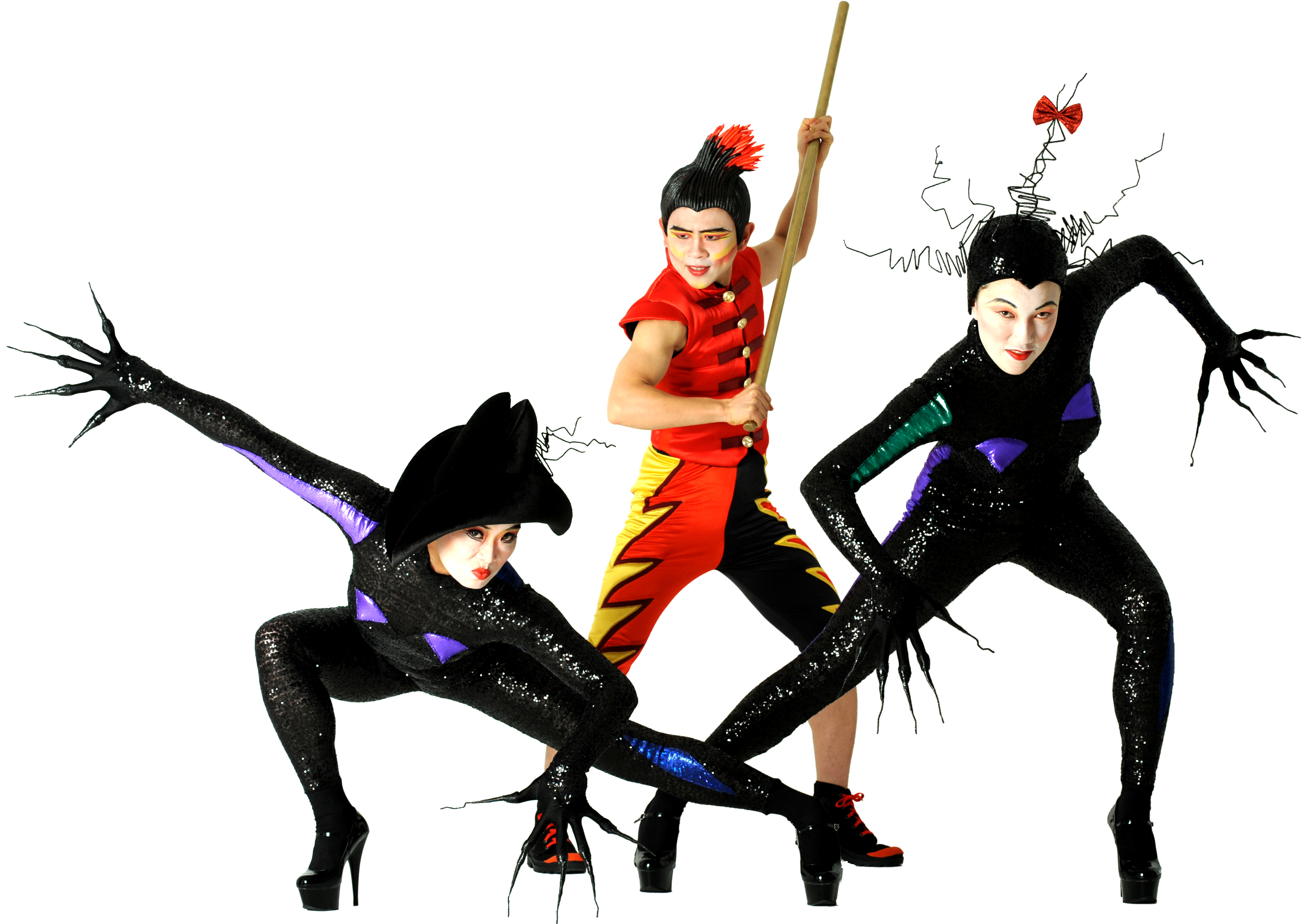 Monkey’s ego and arrogance leads him into trouble and after being stuck under a mountain as punishment for his misdeeds for 500 years, he is saved by the human monk Tripitaka. The Buddha arranged this in order that the Monkey King would escort and protect the mortal, anxious and fearful Tripitaka on this important quest. They are joined by the slow but philosophical monster Sandy and the greedy, over indulgent Pigsy.

This group of four mismatched pilgrims make the hazardous journey, face calamities together and learn from each other and about themselves along the way. Their paths are intertwined and representative of human nature. Abela says:  “…the characters of Monkey, Tripitaka, Pigsy and Sandy are just like us, gullible, jealous, selfish and proud.”

At the height of the success of Monkey on TV each child wanted to be Monkey when the games started in the playground. Every kid was suddenly an immortal Kung Fu expert.  I’m not sure most of us entirely understood the meaning behind Monkey’s behaviour or why he needed a moral guide in Tripitaka but everyone wanted to be the strong, capable Monkey.

Abella says of his character: “I’m not surprised that everyone wanted to be like Monkey. His very nature is full of energy and is always about having fun. It also helps that he never seems to be in need of anything. But therein lies a dilemma; he hasn’t had many opportunities to practice the path of an enlightened being.”

There is a dilemma indeed. Monkey is selfish, violent, egotistical and proud. Yet somehow he is the hero. Abella says: “…for as much as he will sulk and be unruly, the earnest and kind nature that he was born with always comes back when it’s needed most. He is able to adapt and learns to care for others along the way, especially for his traveling family…” 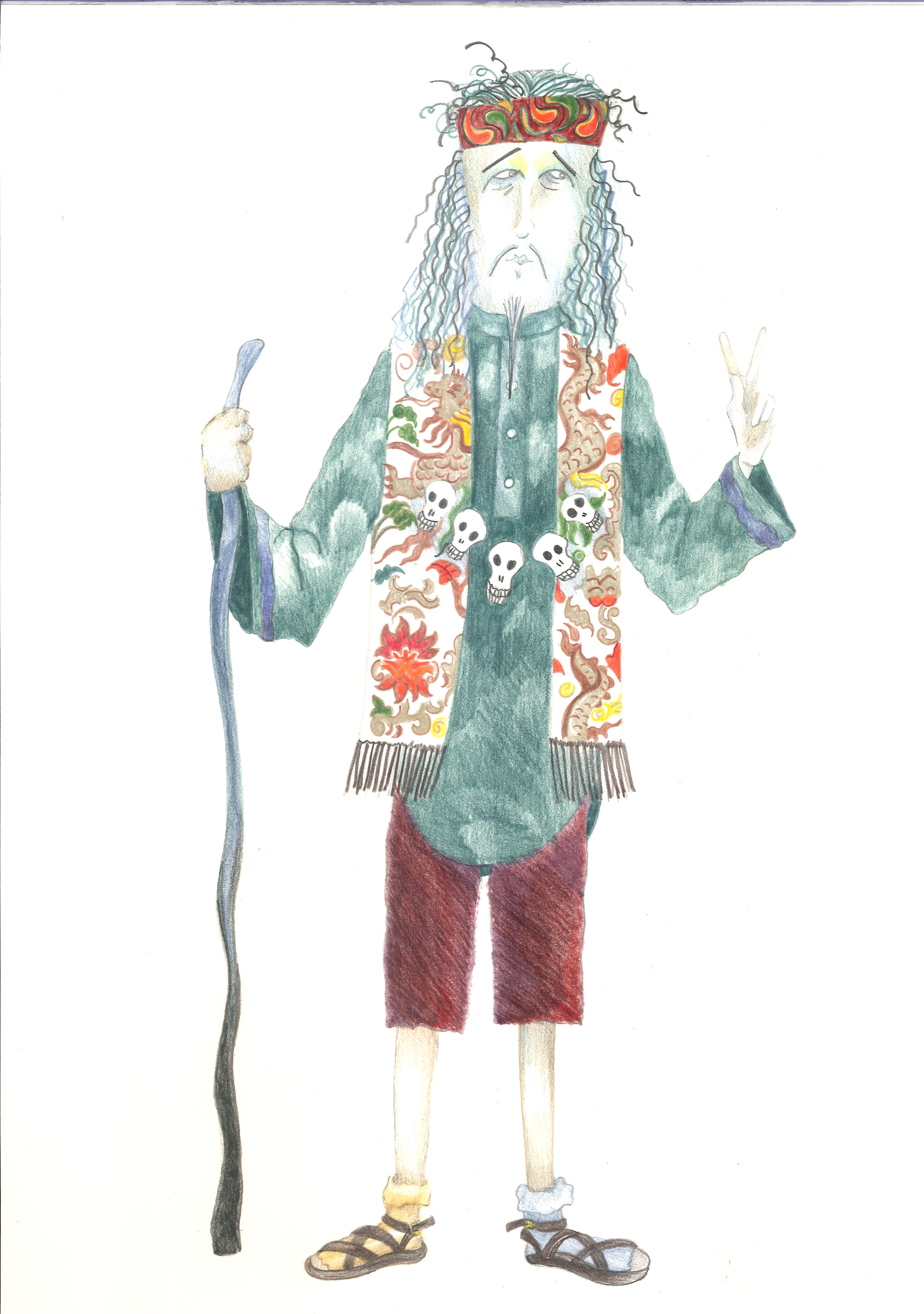 impatient and petulant of course, but his true colours come through in the end.”

So Monkey’s expedition is not just as a physical one but an emotional and intellectual journey taking place inside Monkey himself. As he faces challenges, learning to rely on his friends and defending them from danger he matures and grows. In order to achieve the immortality and enlightenment he seeks he must work for it, journeying and suffering are necessary and he comes to realise this.

Fans of the TV show are no doubt salivating at the thought of it coming to the stage however this production is not based on the TV show but rather from the original text. There will be some recognisable elements from the TV show such as Monkey’s trademark headband and of course the incredible cloud surfing. But Abela was careful not to make her adaptation derivative of any modern interpretation.

So she worked from the original texts and while she says it was a mammoth task she thinks she managed to strike the right balance “in the end, I think we've come up with a work that is true to the spirit of this story. But while wrangling the narrative was difficult, the stories are full of action, pathos and broad comedy.”

Whilst Monkey is given the most attention Smith suggests perhaps Sandy is just as popular: “Actually I have had heaps of positive responses about Sandy. Often people will say he was their favourite.” Smith defends his character who is often dismissed as the stupid monster; “Sandy is basically a hippy. But instead of acid to reach enlightenment he uses philosophy. He spends most of his time walking the line between stupidity and brilliance. His enemies call him stupid but often he is the most clear thinking of all the three.”

Given this is a Theatre of Image production audiences are certain to be treated to an incredible performance. Carpenter explains why he thinks Theatre of Image is successful as a producer of family entertainment: ““Theatre of Image uses a multi-art form language in addressing an intergenerational audience. This production for instance combines the written word, music, song, physical performers (Parkour & Martial Arts combo) and puppetry from large 3D puppets to tiny shadow puppets. The performers need a very diverse range of skills.”

The physical nature of the performance is certainly a test for the actors. Both Smith and Abella admit to having to work very hard to perfect their performances.  Smith says: “It requires a certain physicality. There are fight scenes for one, so we’ve done some workshop training on sword and weapon play and intertwining that stuff with acrobatic and tricking work.”

Abella agrees while also giving kudos to the movement specialists used in this production: “This is easily the most physically demanding role I’ve ever undertaken! There are lots of choreographed fights and plenty of kung fu in the production, but it would take years for us to master even some of the skills that Team9Lives (our movement specialist performers) do in the show…”

With the ambition and vision of Carpenter, Abela and Bell along with a talented multi-cultural cast, this iconic Chinese story will be portrayed like never before. People of all ages will find something to thrill them in the show which features so much it is almost impossible to describe.

However, Carpenter expresses so well what kind of incredible adventure audiences will be in for; “It’s a fantastical world with exciting battles, poetic moments, comic business – beautiful, bold and multilayered”.
——–

Sydney season from October 4th to  11th October at the Riverside Theatre, corner of Church and Market Streets, Parramatta.

A Prior Engagement Brings Marina to Brisbane

Jason Bovaird on Lighting The Scottsboro Boys and Broadway – Part I