Mike McLeish has a message to change the world

Being a parent is tough. The world is not always a nice place to live in, let alone raise a daughter in. Just ask Mike McLeish, he should know … he's raising two daughters in this messed up world. Possibly best known for his role as Prime Minister Paul Keating in Keating The Musical, McLeish has penned a new work which he will open at Melbourne's Chapel Off Chapel for two performances on Saturday 28th June and Sunday 29th June, as part of the Melbourne Cabaret Festival.

McLeish wanted to write a show where he could take a broad view of the world but through the intensely personal prism of parenthood. Before becoming a father many things happening around him were simply water off a duck's back, but fatherhood has changed that. McLeish comments it is very difficult to shake off what he sees being thrown in the faces of his daughters, who are at the very formative ages of 10 and 6. Already, he is starting to notice how they try to emulate what they see from the little of the television they watch. It comes through their friends and their behaviour, from the television images they see at other people's homes and don't even start on the impact of the Disney channel!

Asking McLeish what he felt were the biggest issues facing young girls in today's world, his first response was the unreal standards of beauty that are enforced upon young women and girls. He can already see how this is starting to effect his daughters and how stuff is being thrown at them from all corners. McLeish is concerned about the endless barrage of sensory overload kids are being exposed to in today's society with very little chance to talk to their parents before moving on to the next round of sensory overload. As parents, McLeish and his wife encourage their children to share their feelings and thoughts, but acknowledges it can be challenging getting to a slightly more deeper level of conversation than simply “good.”

His daughters are 10 and 6 – he can't even imagine what raising teenage girls will be like, and quite frankly, the thought terrifies him. Already he is seeing the early signs from his oldest daughter and knows those teen years are just round the corner. Despite being a performer, it doesn't make him cool in the eyes of his kids. They're quite used to dad putting on funny voices and singing and dancing around the house, but are quite mortified if he does this while their friends are around. McLeish says he does attempt to point out there are much worse things he could be doing – but they don't seem to appreciate the fact he does this through song!

Of course it's different when his daughters are performing. In the lead up to a recent school talent quest, his daughters spent months and months practicing their routines, demanding their parents full attention and of course their praise. McLeish says it was okay the first 34 times but after that it became something akin to a torture more appropriate for use in Guantanamo Bay, suggesting they could line up a group of young girls to sing Pitch Perfect over and over again and they'd get all the information they ever needed! 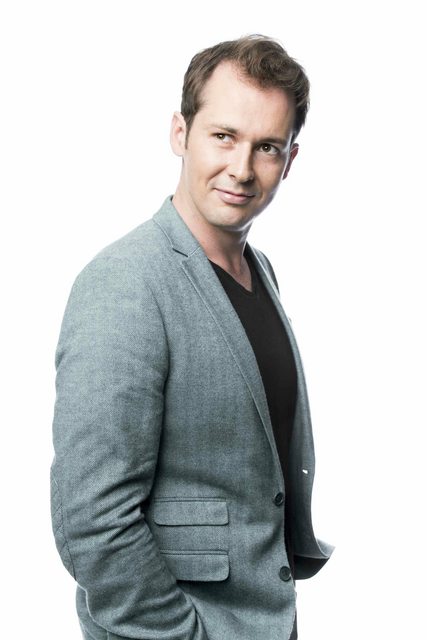 Message To My Girls covers a range of other issues; one of which is sex. McLeish remembers what it was like to be a boy and is preparing for his daughters maturing and going on their first date. He is also aware that the boy will be looking at his daughter and thinking about wanting to have sex with her – it's a very difficult thing for a father to consider. In the show, McLeish will share his thoughts on how boys approach sex, their exposure to pornography and the alarming benchmark for sex this will create if they don't have some good role models to talk to.

It's clear there are some heavy thoughts weighing on his heart in writing this show. When he first wrote out his thoughts, he admits the material was quite heavy but he returned to find all the funny moments in it. McLeish acknowledges he is not adverse to an audience gasping in response to a comment but knows there needs to be some humour in the show as well.

McLeish has written all the songs for the show and has collaborated with two experienced musicians, Rosie Westbrook and J.P Shilo, to help bring the music to life. Some of the songs came out with more heart than humour and still make him tear up when he sings them, but he doesn't mind shedding the odd tear on stage if those tears are genuine (although admits he will practice a bit more to avoid being a blubbering mess!)

So what can the audience expect from Message For My Girls? Well, McLeish hopes there will be plenty of laughs for the comedy fans, but his ultimate goal is to be as honest as possible. He knows he is really a big softie and the show has plenty of heart and sentimentality.  While parents will be able to relate to his stories, he also touches on those who don't have kids and don't want to bring kids into this world.

The show is called Message For My Girls, so I asked if this is something he wants them to see one day? McLeish feels the show would be a side of him his daughters have not yet seen. This is the theatrical version of himself he'd love to seal up in an envelope with “don't open till 16” written on it. They won't see this show though – it's not really appropriate … not yet. By the time they are old enough it will undoubtedly be a reprised version of the show … probably one that tackles the terror of raising teenagers!

McLeish admits he has some ridiculously elevated goals about changing the world. From former Prime Minister to world changer wannabe. – it's a logical stepping stone.

Message to My Girls will premiere as part of the 2014 Melbourne Cabaret Festival with two performances only on Saturday 28th and Sunday 29th June.

Dionysus Theatre in the public domain

Nicola Germaine and her Of Words And War