When The King and I opens in Melbourne next week, a new King will grace the stage of The Princess Theatre: Jason Scott Lee. Born in Los Angeles, Lee was raised in Hawaii and is of Chinese-Hawaiian descent. Although Lee may not be a name familiar to the average theatre goer, Melbourne audiences are in for a very special treat.

Jason Scott Lee started out in college, taking film and acting classes in California. He was identified by a teacher as having huge potential, encouraged to participate in a local black box theatre company and to audition for film and television. His very first audition landed him a supporting role in the movie Born In East LA with Cheech and Chong. Further small roles continued until he landed his first leading role in the movie Map of the Human Heart, which also featured Melbourne actor Ben Mendelsohn. Lee's most notable role, however, is undoubtedly playing the title role of Bruce Lee in Dragon: The Bruce Lee Story.

As he shared about his preparation for the role as the legendary kung-fu fighter, it became very apparent that Jason Scott Lee is a performer with high standards, who researches thoroughly, knows what he wants and will bring his very best to his performances. He worked alongside Bruce Lee's former students, learning what they had been taught and ensuring the moves he was performing were true to what he remembered from the Bruce Lee movies of his childhood. He was so impressed by one of these students that he continued to work with him for about twenty years after the filming ended. Despite sharing the same surname, Jason Scott Lee is not related to  Bruce Lee, but so convincing was his portrayal, people would mistake Jason Scott Lee for Bruce Lee himself, or for Bruce's son Brandon Lee.

Apart from his film credentials, Jason Scott Lee also has considerable stage experience, most notably playing this same role of the King of Siam at the London Palladium in the West End production of The King and I, playing opposite Elaine Paige. When chosen to play this role he had never performed in a musical for a critical audience like the West End and was understandably nervous at first, but knew his acting background would carry him through. The biggest thing he discovered about musical theatre was the challenge of performing eight shows a week. The discipline required was a very foreign concept at first and by the fourth month he felt completely exhausted. Lee picked himself up, pushed on and continued the season, learning to pace himself and take good care in preparation for this all encompassing and demanding role. When invited to play the ten week season in Melbourne he thought, “This will be a piece of cake!”

Lee comments that the last time he played the role there were a lot of details but he didn't have the time to quite fill in all the blanks. Last time he was only 33 years old and perhaps very young to be playing the role of the King. He is delighted to be able to revisit the role fourteen years later. With more experience, he now sees the role quite differently and will bring much more to the character. Lee expects more comedy, more colour, more diversity and more vocal variations rather than starting out simply being aggressive.

After his acclaimed performance on the West End, Lee has been asked to perform the role in numerous US productions of The King and I but says he didn't really know how to approach these offers. His only experience of The King and I had been with the Gordon Frost Organisation, with their high production values. So he refused all  offers … until John Frost approached him. Lee says with John Frost producing, Chris Renshaw directing and Roger Kirk doing costumes he found great comfort in the knowledge this would be a high quality production – and so he happily agreed to reprise his role. 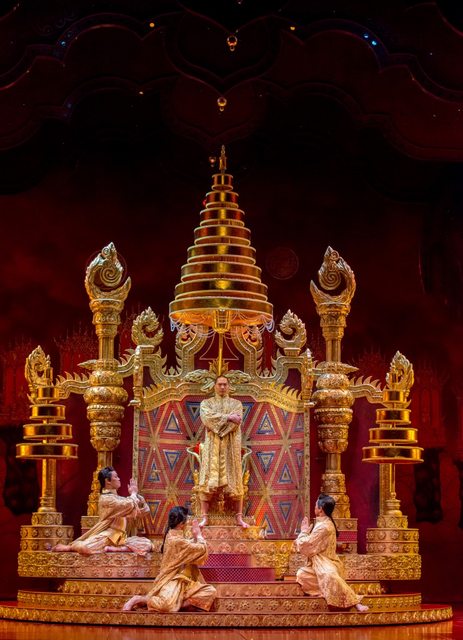 The King of Siam and the king of kung-fu – Lee certainly likes to play the big, iconic roles. When I mention this, Lee laughs and says he likes to work with a big canvas! He enjoys the risk of the big roles that carry considerable expectation with them. The King and I has already played its Brisbane season to rave reviews and, so indeed, there is considerable expectation for the Melbourne season.

Lee has rehearsed with the cast and saw several performances of The King and I during the Brisbane season, where Teddy Tahu Rhodes has been playing the role of the King. Lee acknowledges the two performers play the role very differently. Lee comes from an acting background, Rhodes comes from an opera background.

I asked Lee whether actors of Asian descent should be cast in the role of the King and whether it was important to be true to the ethnicity of the character. Lee replied he understands why some people would want it that way, but also acknowledges the reality of the entertainment industry so feels there needs to be some flexibility. He thinks it is great when actors of Asian background as cast into the roles, but says Teddy Tahu Rhodes is doing a great job and is such a strong singer.

As for Lee's own interpretation of the King, he feels the King is a man with a desperate passion to retain certain things in his kingdom, but also evolve the country. He is a man with great pride who wants to see his country stand tall against the other nations of the world. Lee feels the King cares so much about these matters it is why he appears so aggressive and arrogant from the start – he is like a warrior who will go to the grave for this effort. Lee explains this is why there is so much emphasis on Mrs Anna and the need to be educated in a Western sense – and why he needs to test her to see if she has what it takes. This creates a tension between the two right from the start of the show. It is this tension in their relationship that Lee particularly enjoys, but knows it has to hit right from their very first scene together. 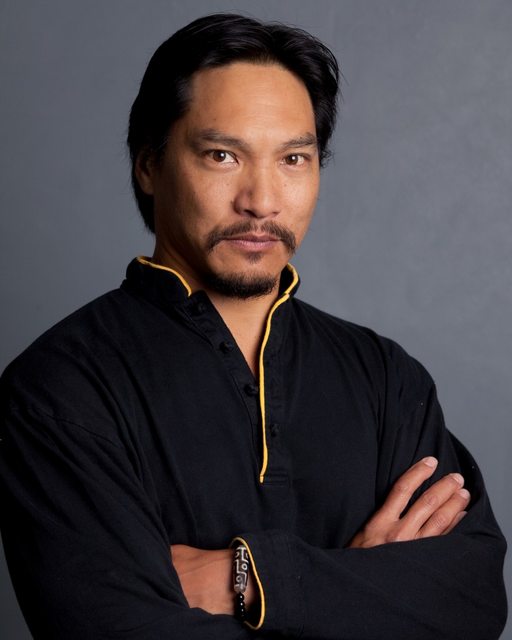 As he talks about his research into the real life of this King of Siam, it is clear that Lee understands his character well. I noticed that every time he spoke of the role of Anna Leonowens, he only ever referred to her as “Mrs Anna” but pronounced the name without any hint of his usual American accent. It was more like “Mrs Unna” and quite convincing. When I quizzed him about this, Lee explained there was a formality that had to be created between the two characters and so she was always “Mrs Anna” to him, then laughed as he realised that indeed, he only ever said “Mrs Anna.” It had never occurred to him he only referred to the character that way. Lee then added, that needless to say, he would not be referring to co-star Lisa McCune as “Lisa” during rehearsals! 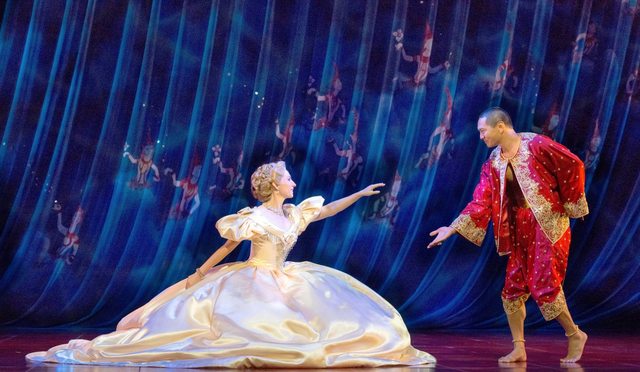 Lee is very impressed with McCune, describing her as fantastic in the role, with a great voice and such a strong acting background. Lee says it will be a great “tennis match” between the two of them on stage! Listening to the enthusiasm in his voice, the wealth of knowledge and understanding about his character and the sparkle in his eye, I say “game on!”

The King and I opens with previews on Tuesday 10th June, ahead of the Melbourne opening night on Thursday 12th June for a strictly limited season.

For more details and tickets go to: www.thekingandimusical.com.au

There’s Something About Maureen Andrew