Mark McCann plays Henry Crowley, ‘Unplugged’, in The Good, the Bad & The Lawyer 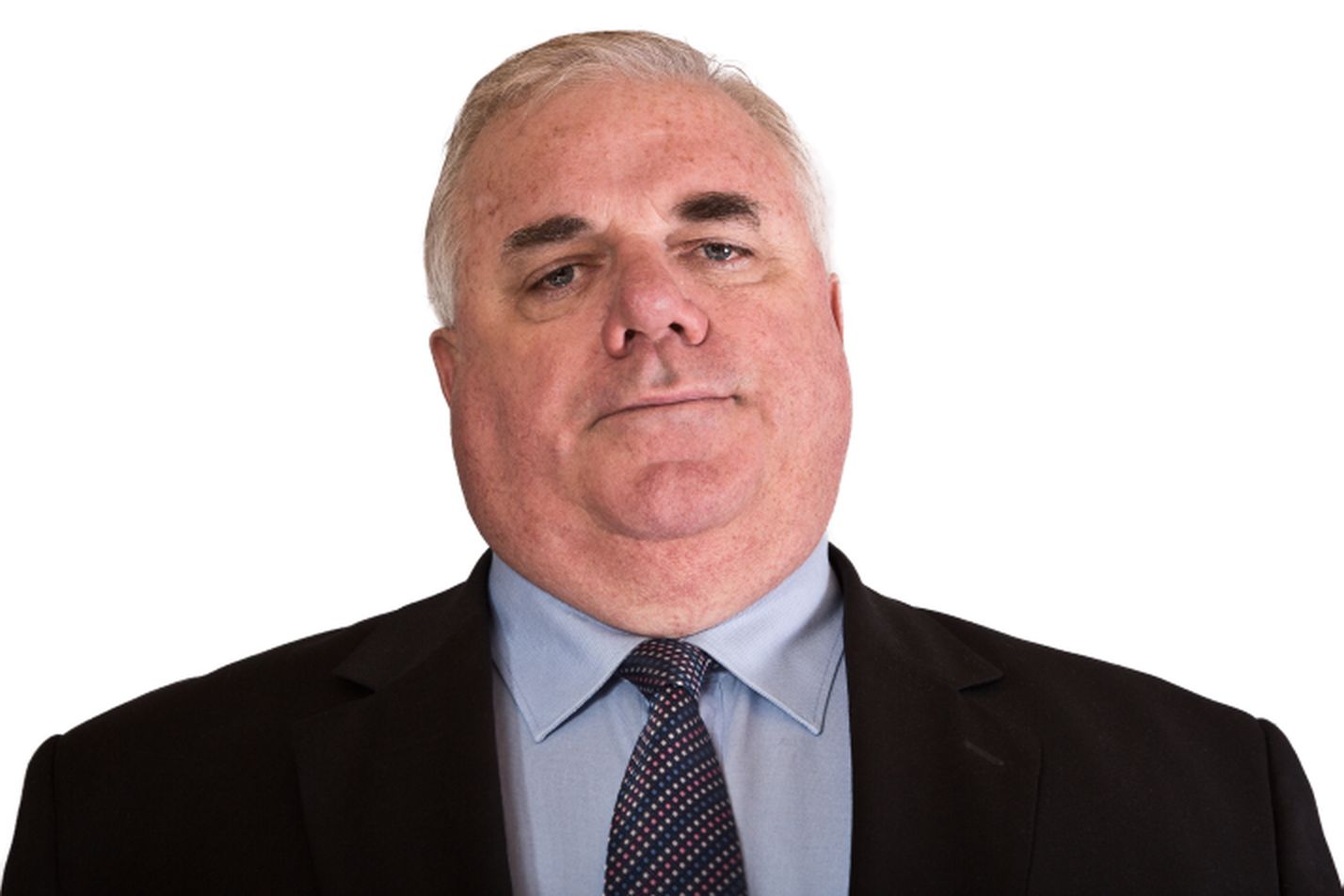 Imagine a lawyer who ‘suffers from high self-esteem’, hates everyone who isn’t from the North Shore, who is not very good at his job despite being a senior partner in a major law-firm, and who holds a lot of stereotypical right-wing views on immigration and social policies. Put all of those things together and you’ll have an idea of the character of Henry Crowley who is the central character of Tony Laumberg’s latest comedy, The Good, The Bad & The Lawyer. Crowley has appeared in five of Laumberg’s plays over the past 11 years, and in each performance, actor Mark McCann has taken on the role of the pompous lawyer, and is looking forward to bringing him back to the stage at the Tap Gallery this October.

McCann didn’t start acting in community theatre until his early 30s before undertaking a 3 year acting course at Ensemble Studios in the mid ‘80s, securing an agent, and embarking on a career in acting. He counts himself lucky that in the 25 years since then, he has been able to make acting his full time job for the past 14, something he recognises is increasingly difficult in the Sydney theatre industry. In 2002 he first played the role of Henry as a supporting character in Laumberg’s Unsolicited Male, and the character was so popular with audiences that he became the central character of several future plays. 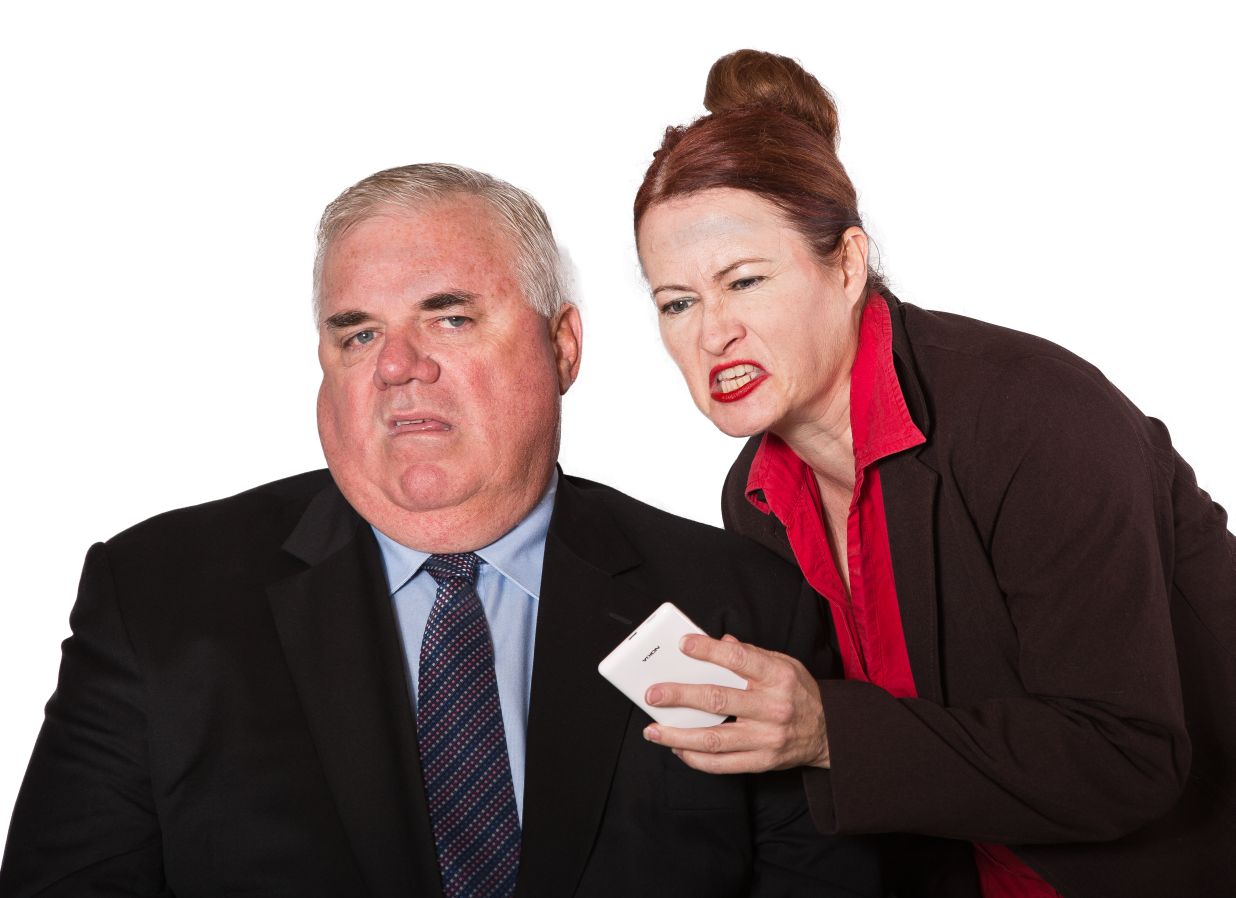 While comedy was not originally McCann’s sole focus as a performer, he says that he has found himself doing predominantly comedy throughout his acting career, and he does find it to be a very enjoyable and fulfilling form of theatre, finding that the immediacy of the audience reaction adds additional energy to his work and creates a feedback loop that improves every performance.

McCann describes the character of Henry as a ‘godsend’ and one of the most enjoyable characters he’s ever played. Audiences especially like the character, and as playwright Laumberg is a practicing lawyer himself, his legal colleagues make up a good percentage of the audience. McCann says he gets a lot of positive feedback from lawyers, particularly younger and female lawyers who have worked in large law firms and find a lot of humour in the depiction of an ego-centric senior solicitor and in the way he treats his employees. It seems that most people who work in the legal profession have worked for or with someone like Henry Crowley, and even those who recognise themselves in the snobbish character find a lot to laugh about.

McCann says that over the years the character of Crowley 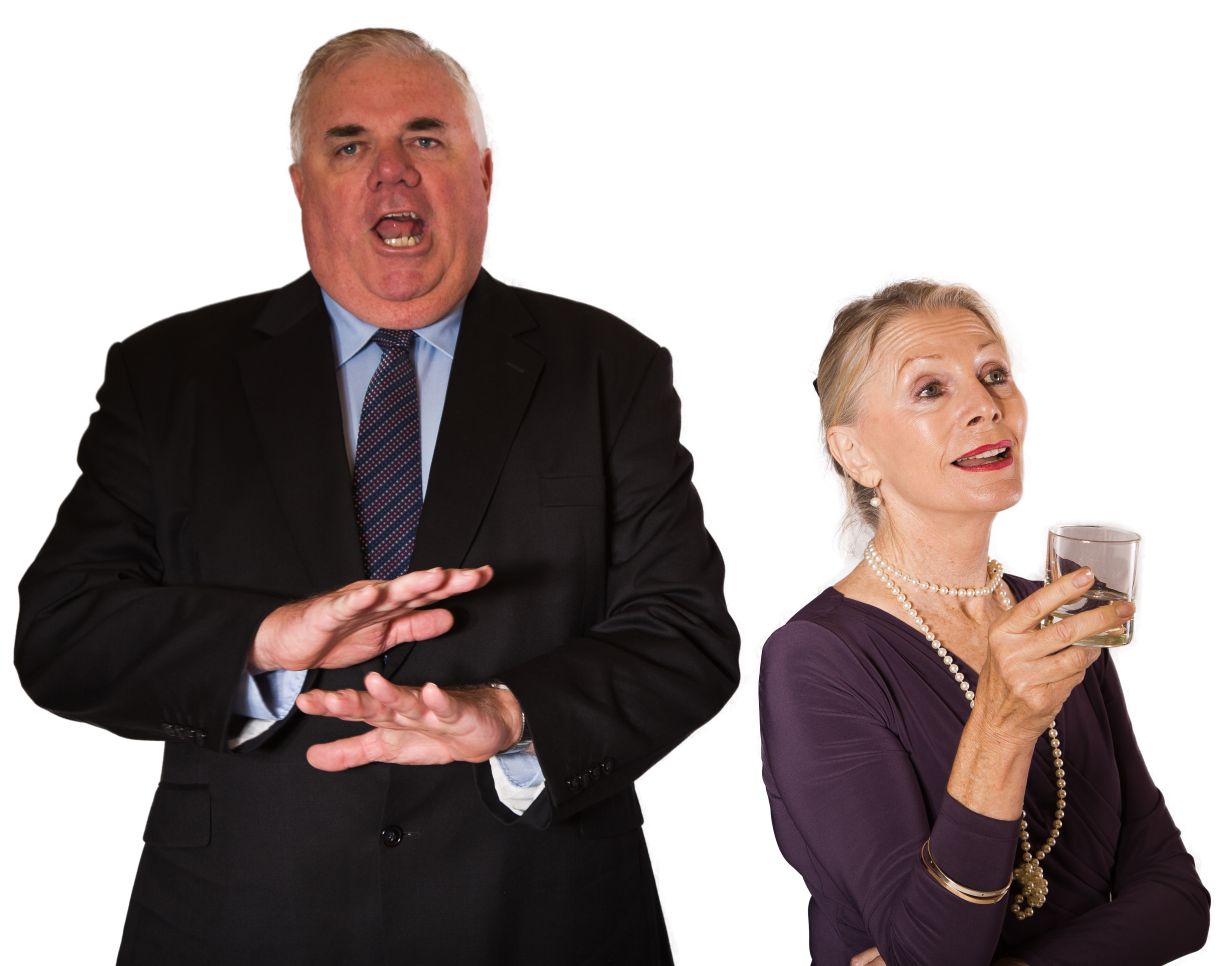 has gone from bad to worse, as his less-pleasant opinions get revealed a little more with each new play. In The Good, The Bad & The Lawyer Crowley really ‘lets loose’ and exposes his attitudes towards refugees when his wife, Margaret, invites an Iranian refugee to stay in their house and exposes Crowley’s extreme right-wing attitudes, his racism and xenophobia. It’s not the first time Crowley’s somewhat racist attitudes have been depicted, as in an earlier play, The Great Divide, he had to deal with Greek neighbours moving in next door and wanting to build a brick wall between the properties. However in this latest production, says McCann, we get a much more explicit view of the characters less-pleasant attitudes.

One of the challenges for McCann in playing the character is to not go ‘too big’, as there is a lot of humour in the dialogue and the more subtle interactions between the characters. Mcann describes Laumberg’s writing as being ‘very much in the style of Neil Simon’ with a lot of witty one-liners, and enjoys playing with the language of the script to find the humour.

The play also offers a satirical view of Sydney’s tribalism, and in this production Crowley also turns his distaste towards Queenslanders with a few choice disparaging lines, and McCann, a Queenslander himself, is looking forward to the reaction of his own Queenslander family and friends. 'This comic perspective seems to strike a chord with Sydney audiences as they often find something about themselves to laugh at in each situation.'

However, in The Good, The Bad, & The Lawyer, some of the attitudes and issues surrounding immigration and refugees are so topical, and some of Crowley’s dialogue is so representative of real and divisive attitudes raised in public discussion, than McCann wonders if his performance is going to invite laughs or heckles. Either way, he is sure that all audiences will find something to laugh at in this production.

The Good, The Bad & The Lawyer is currently in rehearsal, preparing for a three week season at the Tap Gallery, opening on 10 October.

The Angst of the Pre-Teen: BustCo presents 13

All the Fun Of The Fair: Spiegel Et Luna