Mad march Hare presents A Moment on the Lips

The play is a celebration of women, friendship 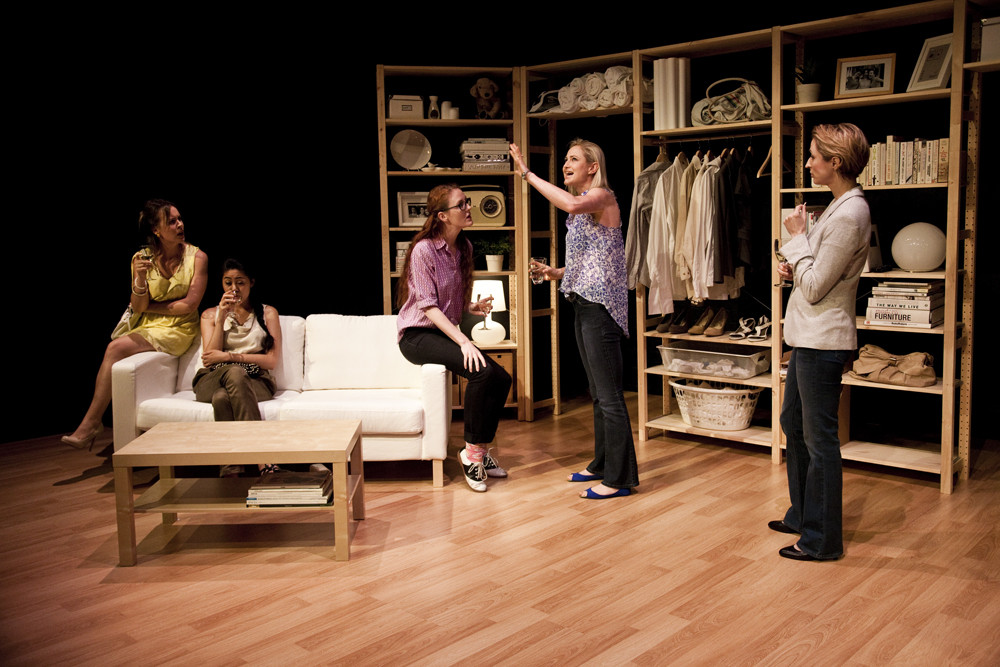 and love. The story revolves around Seven women who gather for a dinner party: Two sisters and some friends, all of whom have known each other for ten years. As well as the usual fun and frivolity of a dinner party the women confront long standing rivalries and resentments, and question the direction of their lives. It's a story about those little things in life you need to watch out for. Those things that creep up on you before you know it. Those small choices that can radically change your world.

Victoria is an artist in a creative rut. Her elder sister and patron Jenny is a barrister trying to make it in a man’s world. Their relationship is complex since their mother died when Victoria was a teen thus Jenny is more of a mother figure to her younger sister.

Jenny loves her wife, Rowena but has doubts about Rowena’s desire to have a child. Rowena’s adopted Samoan sister is Bridget, who works with dying patients. Anne is a stay at home mum to a young daughter. Dynamic Emma is a popular TV newsreader. Then lastly we have the woman who has been previously estranged from the group, Dominique.

Beth Aubrey who plays Victoria says “…the play is a real gift in terms of showing real, complex people and the choices they make…or don’t”. Seven women who have known each other a long time meeting for dinner would make for an interesting evening. The audience will be the proverbial fly on the wall. Beth says, “It feels like you are watching these women go about their lives in their lounge room and the audience is invited in from time to time.”
There is certainly real life grittiness to the idea and most theatre goers will relate to it in some way. “The play is art reflecting life on many levels.” 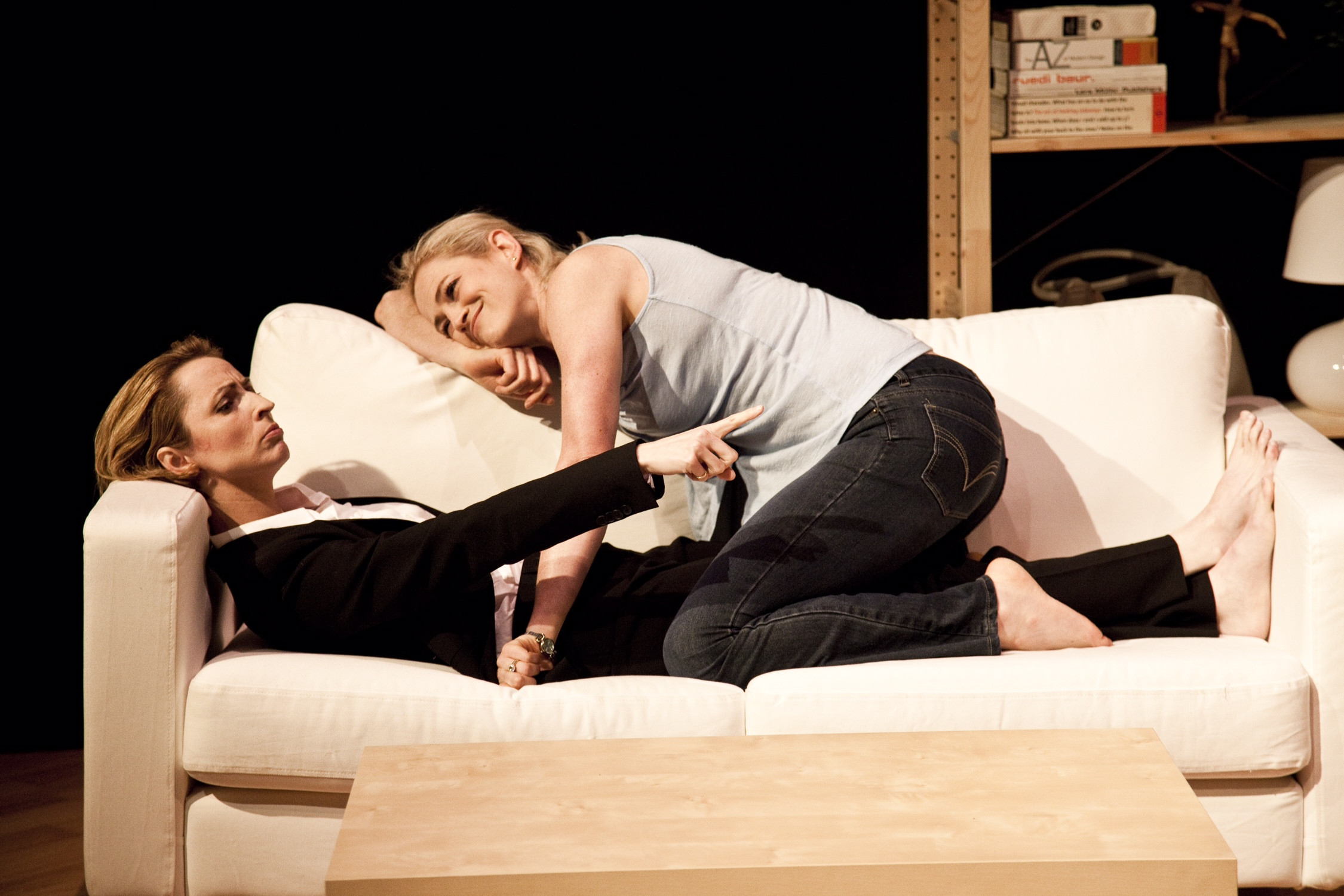 Friendships will be questioned as insecurities and jealousies come to the fore. Yet Sarah Aubrey who plays Jenny believes the play is mostly about love. “I think the play is essentially about love, and its many facets. Friendship, old school friends, who 10 years on you start to doubt that they need each other anymore.”

Whilst written by a man, the play is very much about women and their lives, struggles and relationships. Even in the context of romantic love the relationship in this instance is represented by gay women. Sarah explains, “…Romantic love, but unusually that’s represented by gay women. It’s not a big deal that they’re gay. We just accept it as the norm in this world, that’s extremely refreshing.”

The relationship between sisters is also an important element to this play. Ironically or perhaps not Victoria and Jenny are played by real life sisters Beth and Sarah Aubrey. Both Beth and Sarah agree that working together has been an interesting experience and that this can only add to the complexity of the story.

According to Sarah, “It’s like acting but not acting. It’s incredibly natural and normal but then at the same time bizarre.” The play will benefit no doubt from two sisters playing sisters. Although not playing themselves the relationship is one where a real love between two people will show itself.  Both sisters joke that their genetics which make them similar on many levels will make their onscreen relationship more powerful and real for the audience.

Beth says that “Genetics are hilarious things and if anything it’s brought out our similarities- we’re having a blast.”
Sarah agrees: “For the audience though there’s a whole other dimension which is our genetics. We look, sound and love in a similar way, you just buy that, I think audiences will enjoy that part of the relationship.” Sisters can have a unique connection like no other especially when one has been dependant on another for mothering. Yet there is also that rivalry, the tension when one seemingly succeeds where the other fails.

Although the play explores the complex 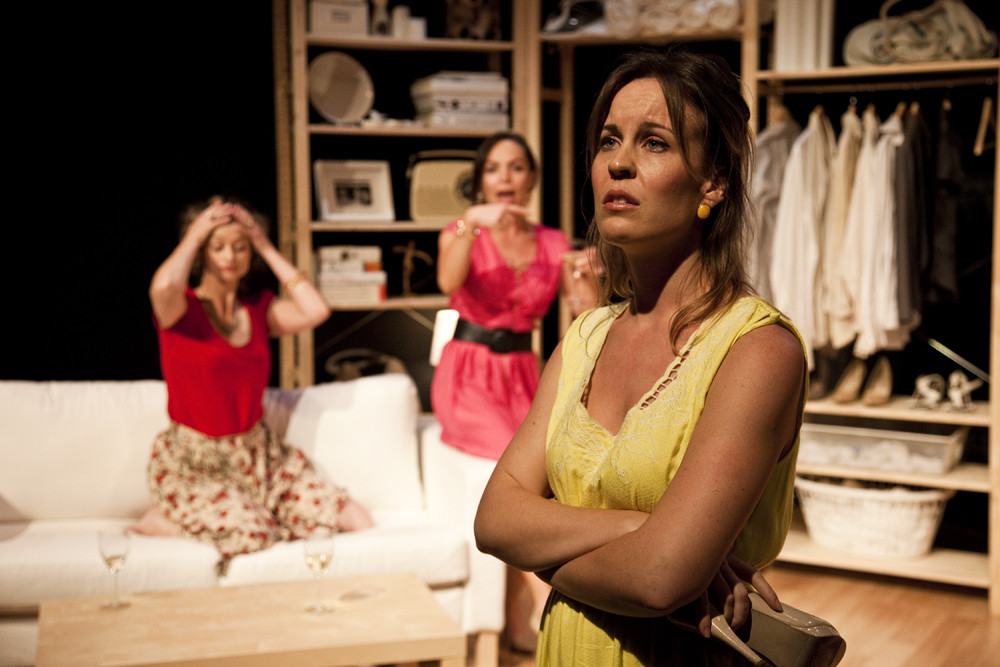 relationship in great detail, it seems Beth and Sarah have only the utmost desire for each other to succeed. Indeed Sarah says of her younger sister; “I just love watching her in the other scenes, she finally has the chance to show the world what an extraordinary actor she is.”

It cannot be denied that this play has a somewhat feminist bent. This is a play about complex women without a stereotypical character in sight. It is a perfect play for Mad March Hare Theatre Company. (MMH) an artist driven company who made their debut in 2011 with the hilarious black comedy Baby with the Bathwater.

This promises be a fascinating performance of a well written hard hitting play. Watching seven gloriously talented Australian women perform should be on everyone’s wish list. If you are in Sydney and enjoy a good show then get along to the Old Fitzroy Theatre as this one will certainly not disappoint.

Top Ten Shows YOU Want to See Come to Australia

Driven by Passion and ‘Just do it,’ Blue Fish Swims in the Waters of Success