Bringing the magic of cinema to the theatre stage, Live Live Cinema doubles down on the idea of ‘Live Cinema’ from the silent era, where music was played live to accompany the film, and adds an on-stage Foley artist recreating sound effects, and a cast of actors providing the dialogue to create a unique blending of cinema and live performance. On March 12 and 13, Live, Live Cinema is coming to the Riverside Theaters, Parramatta, with a re-imagined performances of Francis Coppola's 1963 horror film Dementia 13, and Herk Harvey's 1962 cult classic, Carnival of Souls.

The production was created and composed by Leon Radojkovic, who has a personal passion for film, was interested in the way that musics functions in cinema, and the way that visuals and music interact with each other to change the way that an audience might experience a scene or interpret a character. “You can take the same scene and put a different soundtrack behind it” he says “and it will have a totally different feeling. I really wanted to explore that, and this is a really great way to do that… because they’re older films they’re really ripe for reinterpretation… new music and the ways the characters perform their characters and their lines can really breathe new life into the films.” 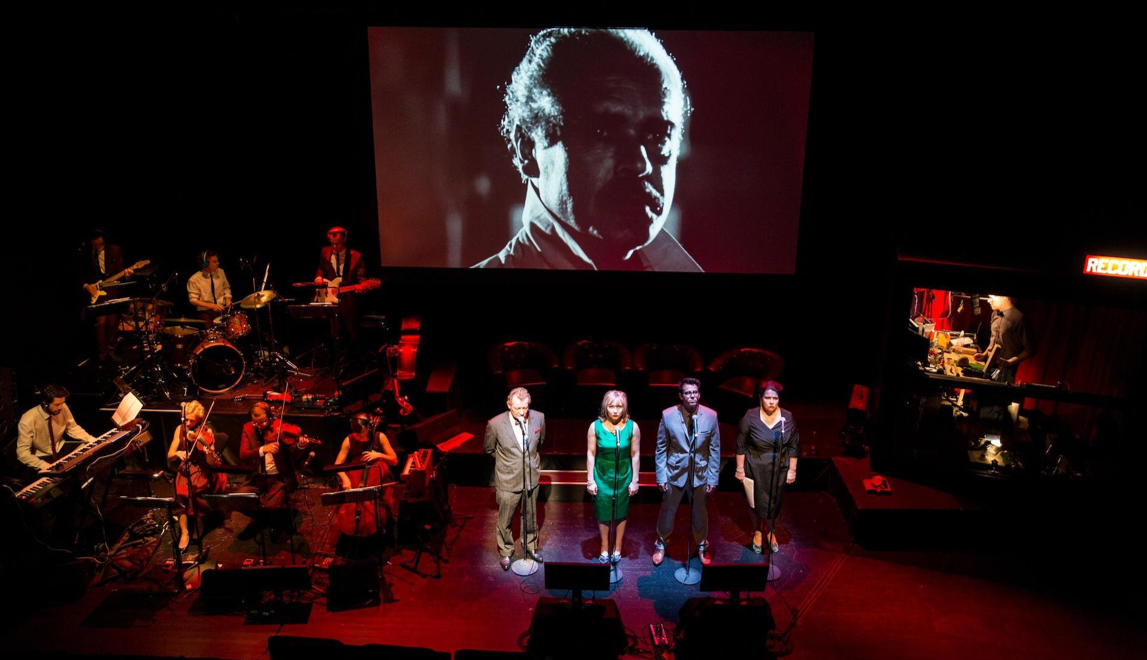 When it comes to the process of selecting films for reinterpretation, Radojkovic says they had a few criteria to consider. First of all, they weren’t going to do any real cinematic classics as it might feel like ‘sacrilege’. The selected films were also ones Radojkovic describes as ‘uneven’, films that had really striking and effective visuals but that were let down by their soundtrack or by dialogue that is stilted or wooden, or suffer from poor dubbing.

Composing new soundtracks with a vintage feel allows Radojkovic to pay homage to the style of ‘goldern era’ Hollywood film scores with big thematic statements, but he is also updating the musical sensibility to the 21st century. A 7 piece band, combining a rock/rhythm section with a three piece string trio perform alongside the ensemble of four voice actors, who each play 2 characters, to bring the films to life.

Developing the show required a lot of careful rehearsal, especially on the part of the voice actors. Before the musicians and cast even came together, the actors spent weeks rehearsing in front of the television just learning to get the timing their dialogue synchronised with the film. Like all productions, however, there are different moments that that each audience reacts to in their own way, but audience are always riveted by the spectacle of live performers delivering complex performances in perfect sync with the film.

Radojkovic finds that the effect on the audience can be varied, as people can be genuinely scared and shocked at key moments of the horror films, but the films contain moments that are so preposterous and so over the top that they can’t help but be humorous. While they often try to play things as straight and dramatic as possible, their main goal is to amplify what is already in the film rather than play anything deliberately ‘tongue-in-cheek’. Radojkovic says that the performances traverse a lot of ground within each show.

Live Live Cinema comes to the Riverside Theatres, Parramatta on March 12 and 13.

Dementia 13 - March 12
As an eccentric Irish family bickers over a vast inheritance in a lonely mansion, a mysterious axe murderer picks them off one by one. Dementia 13 rises above the material by virtue of Coppola’s clever editing and obvious flair for composition.

Carnival of Souls – March 13
The first and last feature by Kansas based industrial filmmakers, Herk Harvey and John Clifford, Carnival of Souls is a deeply atmospheric and beautifully shot ‘horror’ film. Blurring levels of reality and existence, the film explores the dark underbelly of small-town life and creates a world where the familiar and everyday becomes alien and threatening.

Taking the leap from Stage to Screen