Only a year after Melbourne bid farewell to the pinkest production ever seen, CLOC Musical Theatre has resurrected her… And this time, Legally Blonde is completely non-replica.

Theatre People spoke to James Rooney, the director of what promises to be one of CLOC's biggest shows yet, and discovered a little more about what the production has in store. With the creative team deciding early on that this production would not rely on either the Broadway or similar West End staging of the hit musical, CLOC promises to boast an all new set design, new choreography, new staging, and very importantly, Elle and the girls of Delta Nu will get a never before seen wardrobe. “Obviously we have had to keep some elements of the show very similar to what has come before, because it’s written in the script. For example, Elle’s wardrobe has to be mainly pink. You can’t get away from something like that, but we have tried to be very original in putting together our show.” Mr. Rooney told Theatre People that the fantastic group of people at CLOC have spent hours perfecting every element of what will be on stage, to make sure his vision of Legally Blonde could come to life in front of our eyes. “Our production may not be quite as technically involved as the big-budget, professional version we saw in Melbourne last year, but we will definitely fill the National Theatre. Our set is incredible, and is quite large… We are using lots of trucks, and I’m looking forward to seeing our story come to life on it.”

Theatre People also spoke to Melanie Ott, the brunette woman who will soon bring the iconic and very blonde character of Elle Woods to the stage. “I’m really looking forward to wearing the wig every night,” says Ms. Ott, “I’ve even been lightening my eyebrows to match the colour! But I don’t have much off-stage time, so when I do get a break from being on the stage, I’ll be backstage or in the wings changing costumes for the next scene. Even changing shoes at this point will be difficult, but I’m lucky that for this show I will have a dresser to help me.” 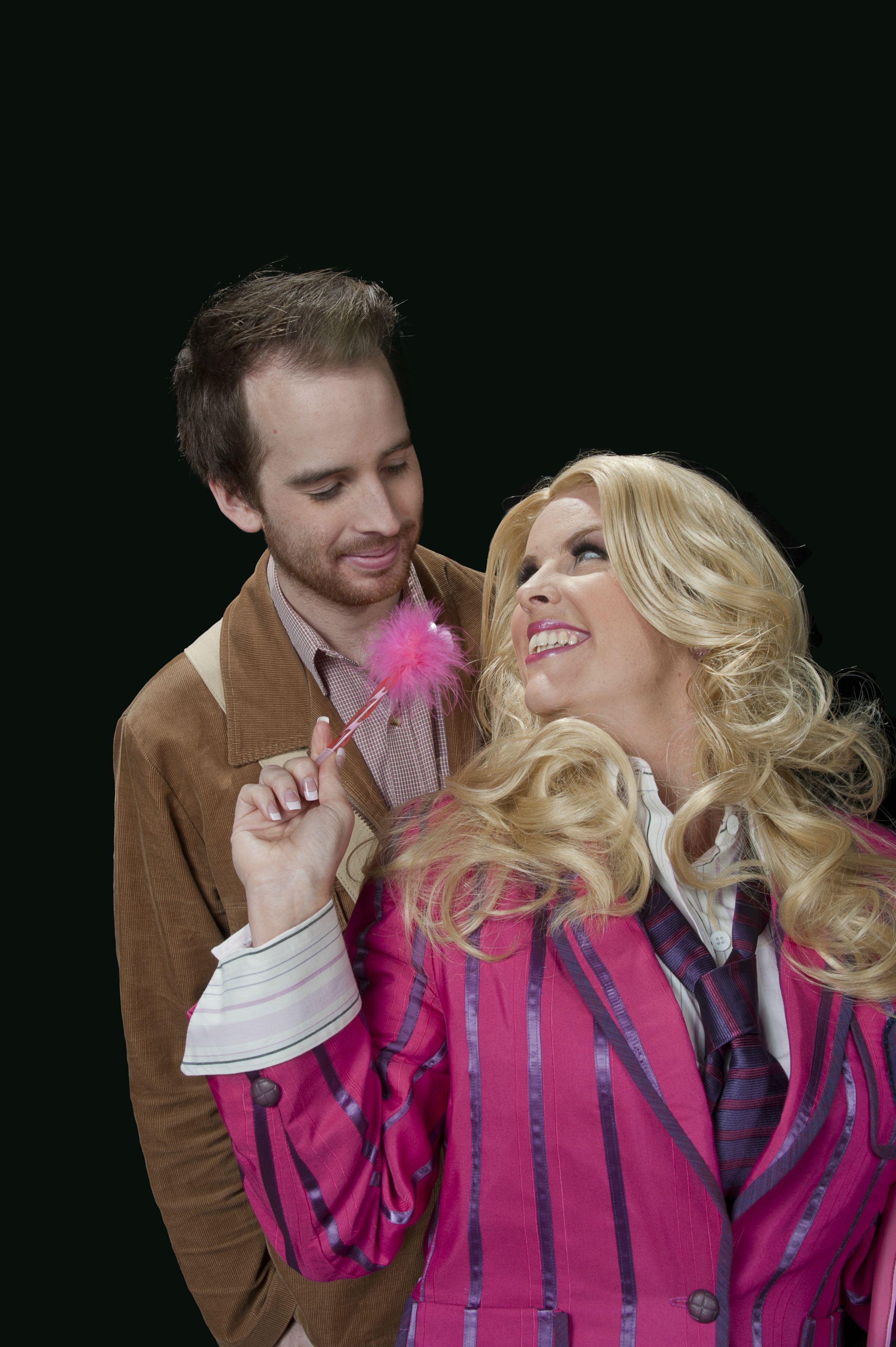 When Ms. Ott was asked if she felt a lot of pressure playing such a well-loved, well-known and inspiring role, she confided that she does feel a degree of heaviness on her shoulders. “It’s not from anyone else though, it’s more self-imposed. I think an element of self-expectation is important in any show, and it makes sure that you dedicate yourself completely to a role. The show is written so brilliantly that I don’t get time to worry about anything, about any pressure that may exist… I never in a million years thought that I would be get the opportunity to play Elle, so no matter the outside influences, I just have to stay true to her.”

Similarly to Mr. Rooney, Ms. Ott also had wonderful comments to make about the entire CLOC company working seamlessly to make this new vision of Legally Blonde a stand out. "I'm really happy to be working with CLOC on this production. The cast has come together and created our characters so quickly, and we now we have time to rehearse on our full set before tech has even begun. CLOC's professionalism and dedication to the happiness of their cast has been absolutely wonderful while working on this show,"

Ms. Ott also spoke to us about how she believes the production of Legally Blonde completely reflects the character of Elle. “I really do think that the way the production is perceived is a lot like the story of the character I’m playing. Elle is judged based on her looks and people’s first outward impressions of her, and Legally Blonde is the same. People may think that it’s a fluff piece, but when they get to know it they find that the show has a lot of heart, and that it contains a beautiful story.”

CLOC’s Legally Blonde opens on the 3rd of October, and the season concludes on the 18th of the same month. You can purchase tickets online through this link, and can follow CLOC on Facebook here.

Sierra Boggess and the serious side of being a Disney Princess

The Top 50 Cast Albums Every Australian Theatre Lover Should Hear

I Can Jump Puddles The Musical Launches With A Reading

Blessings Of The Earth