Last drinks called for Once

Due to overwhelming public demand, one final week has been added to the performance schedule of the multi-award winning stage musical ONCE at Melbourne’s Princess Theatre.

The musical that has captured Melbourne’s heart must close Sunday 8 February 2015. This is the last chance Australian audiences will have to see the Grammy, Tony and Olivier Award-winning global sensation. Due to theatre availability, ONCE will not tour after the curtain falls on the final performance in Melbourne, and cannot extend beyond that week.

Tickets for all new performances go on sale to the general public at 9am on Thursday 15 January 2015.

Producer John Frost said, “ONCE is the little show that roared! Never in all my years in the business, have I seen a brand new musical embraced so warmly by the Australian public. It’s a testament to the genuine, heartfelt nature of this production and to the extraordinarily talented cast of performers who not only act onstage, but sing, dance and play music”.

Based on the Irish film of the same name which became a surprise international hit in 2006 and won an Oscar for Best Song (“Falling Slowly”), ONCE follows the tender romance of a struggling Irish busker and the beautiful Czech immigrant who takes a keen interest in his music. It features the collection of songs about love, longing and heartbreak with a folk rock feel by Glen Hansard (The Frames) and Markéta Irglová, who also starred in the original film. 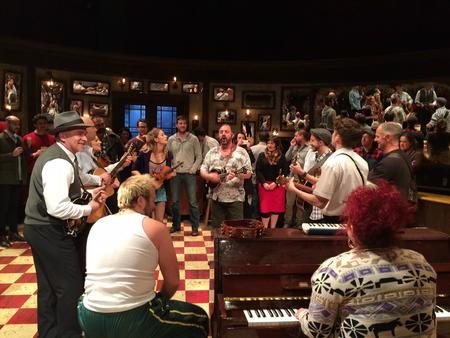 Upon entering the theatre the audience is invited on stage for a Guinness as the cast strikes up a song, setting the scene for a late-night lock in at a traditional Irish pub. An achingly beautiful, joyously uplifting story about love, life and friendship then unfolds, speaking to the power of music to connect us all. 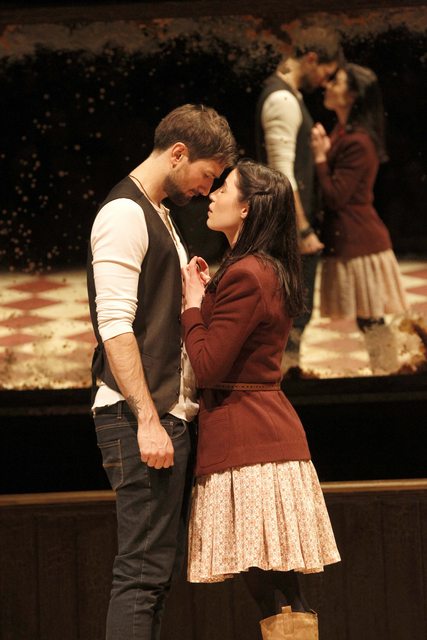 “Seduces you from the outset”  – The Age

ONCE made its world premiere on Broadway in January 2012, becoming an instant musical hit. The most-awarded show of the 2012 New York theatre season, ONCE won eight Tony Awards® including Best Musical, and won a Grammy Award for Best Musical Theater Album in 2013. The “exquisite jewel of a musical” (Sunday Herald Sun) has also enchanted audiences in Dublin and London’s West End, where it won two Olivier Awards including Outstanding Achievement in Music.

The hit musical has now amassed 51 award nominations and 24 awards from around the world. It is currently on tour in the US with a Canadian production to open in Toronto next month. The first non-English speaking production opened in Seoul, South Korea in December with productions in development in Sweden, Brazil, Holland, Greece, The Czech Republic, Thailand and Ireland, along with a Japanese language production.

ONCE made its official Australian premiere on Saturday 4 October 2014.  It is the final production of ONCE that will be led by British Director John Tiffany and Music Supervisor Martin Lowe, part of the original New York creative team. 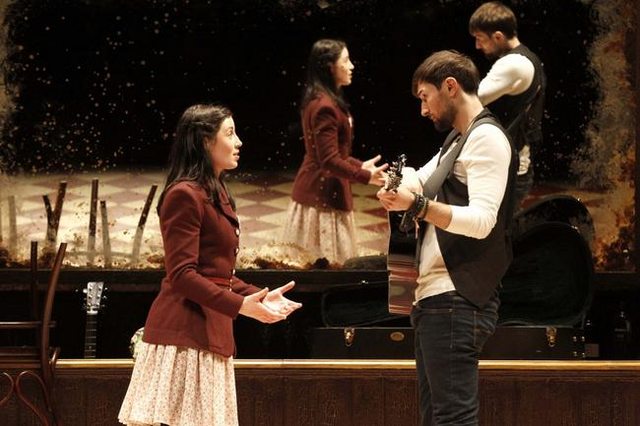