After 5 years of development, 6 months of rehearsal, 4 season extensions and 293 curtain calls, KING KONG will have its final performance on Sunday 16 February 2014 as the production ramps up planning for a northern hemisphere season. 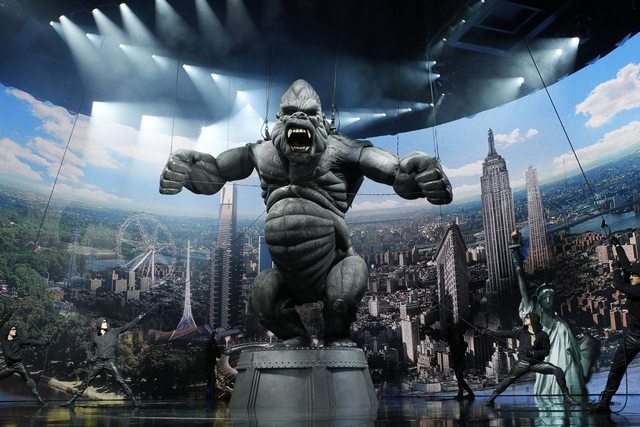 “We have been humbled by the way audiences have embraced KING KONG, and the success of the global premiere season is testament to Australia’s ability to create locally and to play globally,” said Carmen Pavlovic, CEO of Global Creatures. “Like the Dinosaurs and Dragons before him, Kong is set to take on the world and we look forward to being able to confirm our northern hemisphere season in the near future. However our immediate focus is on making sure every performance in the final 13 weeks of our Australian season continues to leave people amazed.”

The Minister for Tourism and Major Events, Louise Asher said that KING KONG has been embraced by local, interstate and international audiences. Since opening in June 2013, over 120,000 patrons from outside metropolitan Melbourne purchased to tickets to the show. Over 26% of total tickets have been sold to interstate and overseas visitors.   She said theatre productions of this magnitude bring significant economic  benefit to Victoria and enhance our tourism industry. “Shows such as KING KONG promote our home-grown skills on the world stage, exporting our  innovation, creativity and ingenuity,” Ms Asher said.

Outside of Victoria, the top KING KONG ticket buying audience to date is New South Wales, followed by Queensland and then Western Australia. Internationally, the top market is New Zealand followed by the USA, Hong Kong and Canada. Global Creatures introduced a ‘Melbourne only or your money back’ guarantee for tourists in July.

KING KONG has also been responsible for bringing a whole new group of people to the theatre, with a ticketing survey of 50,000 ticket holders finding that 25% of them had not been to the theatre in over a year or more. KING KONG has also attracted a very high level of male ticket buyers, representing 35% of the audience to date, compared to the industry average of 17% for musicals.

“It’s been immensely gratifying to welcome people to KING KONG that may not normally buy a ticket to a theatre show,” says Executive Producer of KING KONG, Bill Harris. “I think you only need to look at the incredible composer line up involved with KING KONG including 3D from Massive Attack, The Avalanches, Sarah McLachlan and Justice, to understand why the show appeals to a music-loving audience. Then you have a younger audience accustomed to high-end visual and sound design used in pop concerts attracted to KING KONG’s spectacular production values. Of course we’re incredibly grateful to our core music theatre-loving audience who appreciate how special it is to have a locally made production that will end up on Broadway.” 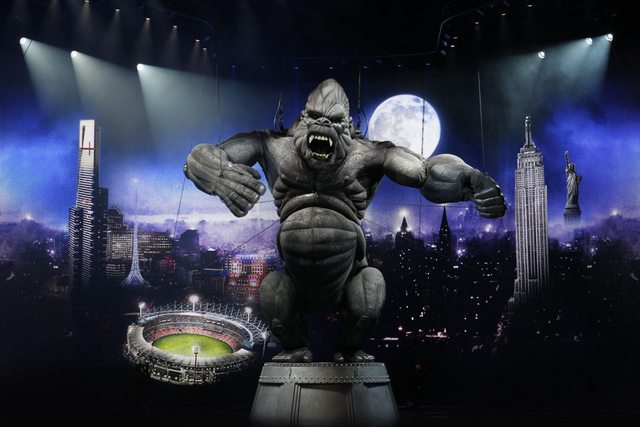 KING KONG took out 5 Helpmann Awards this year including Best Lighting, Best Sound, Best Scenic Design, Best Costume Design and Outstanding Theatrical Achievement. The production has also proved a major ally for the Victorian arts training institutions, with graduates of the Victorian College of the Arts and the National Institute of Circus Arts being the primary suppliers of talent for the production’s 50-strong cast.

“Nothing can prepare you for the first time Kong appears on stage,” said King’s Man puppeteer and NICA graduate Lincoln Barros. “I never get tired of seeing the mix of awe and wonder in the audiences’ face at that moment. They are truly transported into Kong’s world and it’s that kind of magic which makes it such a privilege to be part of this global premiere production.”

Australia’s Ann Darrow, Esther Hannaford noted, “It’s an incredible feeling to be able to perform in my home town in a show that we have built and created here in Melbourne. To be able to do it with such generous support from our Australian audiences is something I carry with me to the theatre every day.”

Tickets go on sale for all final KING KONG performances on Saturday 23 November. Tickets prices range from $55 to $150 with students able to access $50 tickets via the KING KONG Facebook.

Preview the show at http://youtu.be/HVGsR_1TzRQ

John Wood and Julie Nihill star in a comedic drama about art and life.