Eight physically demanding shows a week could be enough to keep any performer busy. King Kong opened to previews in May, but cast and crew had an unprecedented six weeks technical rehearsals and have been busy with the show for the past twelve months. But the cast of King Kong have managed to find time in their busy schedules to help out those less fortunate.

Already collecting money for the Jane Goodall Institute Australia, as their global charity partner, the cast have supported other charities. Cast members participated in Twisted Broadway to raise money for those struggling with HIV/AIDS. They took to the stage in the annual Rob Guest Endowment Gala Concert. And then, in true Christmas spirit, supported the work of the Salvation Army with a King Kong and friends sing along to raise the profile of the Salvo's Christmas Appeal. 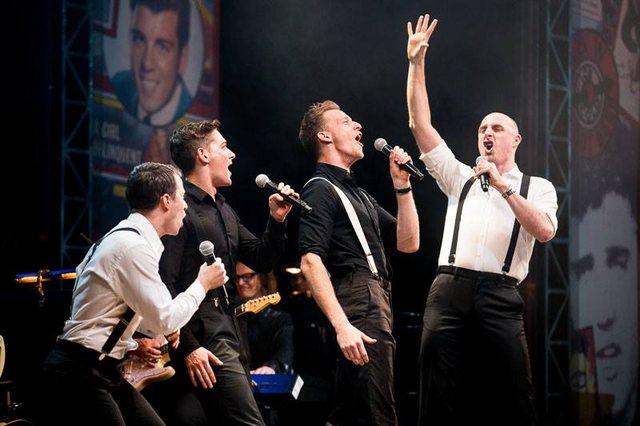 But ensemble cast member Josh Robson had more plans and has organised the cast of King Kong to do a charity concert to raise money for Mission Australia.

Robson explains, "I approached the cast with the idea of giving up some of their time during eight show weeks to rehearse dance numbers and songs for the concert and we had over 20 members from our company who answered with a resounding yes."

Cast members will sing and dance to a variety of musical theatre and pop songs and will be accompanied by a live band. The show will be hosted by Jan Van De Stool (the alter ego of Queenie Van De Zandt from King Kong.) If you haven't heard Jan Van De Stool before, she is absolutely hilarious.

This one-off concert fundraiser will take place on Sunday 19th of January at 8pm, at Ormond Hall, located inside Village Melbourne at 557 St Kilda Road.

All profits from this evening will be going towards Mission Australia. Mission Australia helps more than 300,000 Australians each year through more than 572 programs and services across the nation. They look at the reasons why people become homeless and aim to help at the point of need. This is beyond simply providing shelter and food, but also giving assistance for training and ongoing emotional support to make a significant and ongoing difference in the lives of some of the most vulnerable people in our society.

For more information about the work of Mission Australia go to www.missionaustralia.com.au 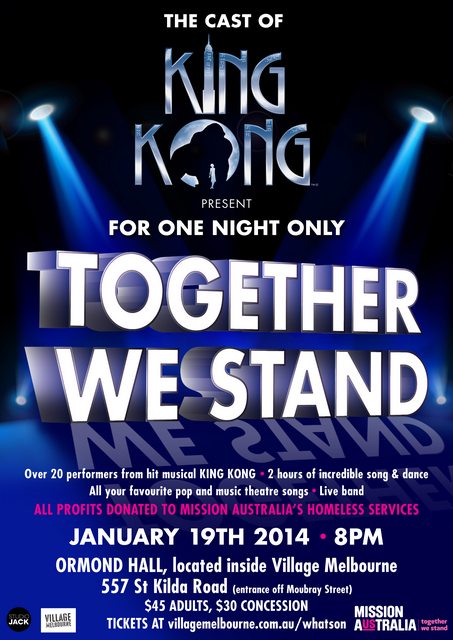 See You At The Rumble

A change of scenery