After its smash opening weekend, the Sydney season of Dirty Rotten Scoundrels has now been extended until December 8! While our seasoned reviewers took in the show (see the review here), I caught up with Katrina Retallick, who plays the obnoxious U.S. petroleum princess, Jolene Oats, to find out what it was that had both performers and patrons so excited about the Sydney production of this award-winning show.

Even in a show about scoundrels, Retallick says that playing Jolene Oats is a real chance to ‘let rip’. Her heiress alter-ego is free of the social inhibitions that plague most people, and Retallick thinks that Oats is ‘the most obnoxious character you’ll see on stage this year’.

For Retallick, an experienced musical theatre 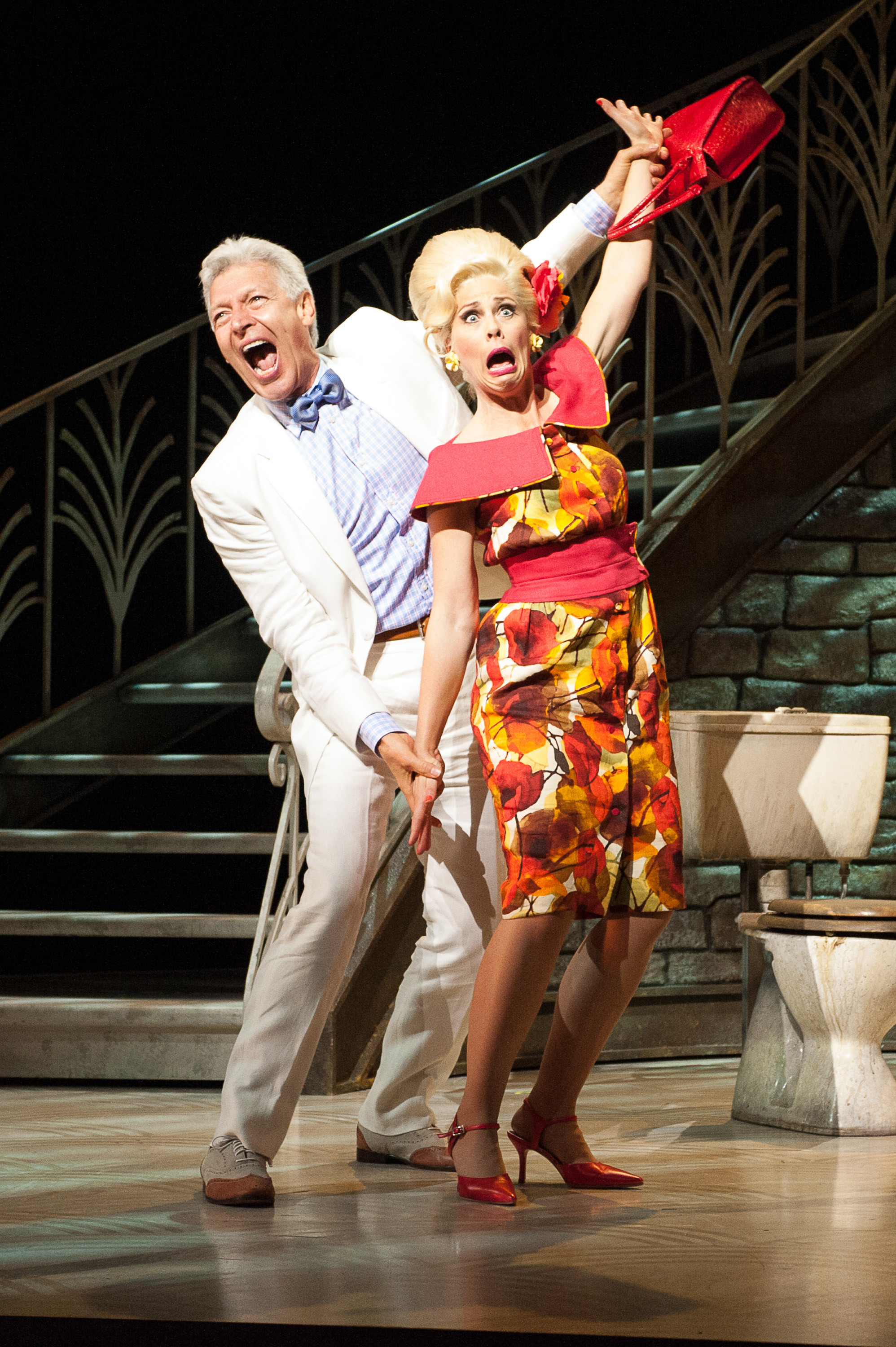 performer of 17 years who has also enjoyed success on a number of sketch comedy and satirical TV shows, a big attraction to the production was the ‘top quality silliness’ of the story. Coming straight from a comic role in The Adam’s Family, Retallick says she is enjoying the chance to play another over-the-top comic character, and particularly enjoys the challenge of finding the comedic timing that is worked into the music and lyrics. The whole show, says Retallick, is ‘nothing but comedy’.

The chance to fire a gun on stage is also a career first that is pretty exciting.

While many people may be familiar with the 1988 film starring Steve Martin and Michael Cain, Retallick believes that the story translates really well into the musical production, thanks particularly to the witty, well-written song lyrics. The show also includes the trappings of a big musical production with some ‘beautiful dance routines’. While the cast and the production team give a nod to the original film, Retallick says that they all bring their own style to the characters and story that makes for a unique comedy experience.

In the lead roles, Retallick says that  Tony Sheldon is a pro as Lawrence Jameson, and Matt Hetherington as Freddy Benson brings an amazing sense of physical comedy that ‘is like watching Jerry Lewis up on stage’. They are also joined by Amy Lehpamer as Christine Colgate, and John Wood as Andre Thibault. Working under the direction of Roger Hodgman and musical direction of Guy Simpson, with Dana Jolly Choreographing, Retallick says that the chance to work with a cast of such legendary talents of musical theatre has really made her role in this production ‘a gift’ that has been enjoyable all the way through.

Together this cast and crew have produced a show that Retallick believes will be a fun night out for all audiences, and that everyone is guaranteed to find something to keep them laughing. If the opening weekend response is anything to go by, it seems that Sydney audiences agree!

Preparing for your Musical Theatre audition: University of Ballarat

For the Love of Frankston!