Joshua Robson is a busy person. Very busy. He's currently part of the ensemble of Les Miserables. Eight demanding shows a week storming the barricade could be enough for many performers, but Robson likes to keep busy. He is the co-founder of the highly successful OCPAC – a community theatre company with a reputation of delivery quality musical productions. While Robson has no involvement in the actual production of their upcoming show, The Addams Family, he is still involved in the administration of OCPAC. Then there is the preparation for the upcoming Rob Guest Endowment Gala Concert to be held in Sydney on October 13th – Robson is one of the six talented finalists. But that's still not enough – Robson has also written a cabaret show, Guilty Pleasures, and created a production company with Damien Bermingham (Strictly Ballroom) called Blue Saint Productions. 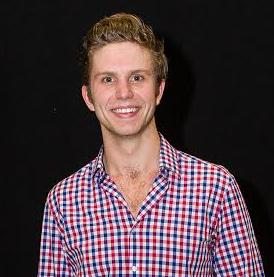 Robson's first big break into the theatre industry came with the world premiere of King Kong: Live on Stage. He then landed a role in the new Australian production of Les Miserables. In between King Kong and Les Miserables, Robson was busy with OCPAC when they had the opportunity to present Seussical The Musical at the Athenaeum Theatre as part of the Melbourne International Comedy Festival.

The guy is clearly talented, but sit down and talk with Robson and you'll soon discover he's also incredibly humble and a genuinely nice guy. During the season of King Kong: Live on Stage, Robson and Bermingham decided to hold a charity concert, Together We Stand. While the purpose was to raise money for Mission Australia's homeless services, the one-off concert also provided members of the King Kong ensemble cast with the opportunity to showcase their talent. Producing this one off concert gave Robson a taste for production and he loved it.

Robson's idea for his next venture – writing a show – came when sitting in the audience of last year's Rob Guest Endowment Gala Concert. Robson was there to support fellow cast member Angelique Cassimatis (Mary Poppins, King Kong: Live on Stage.) Robson saw what an incredible stage presence Cassimatis had, and he wanted to provide a further opportunity for her to showcase her talents. She has a massive “belt voice” and Robson describes her as one of the best dancers in musical theatre. 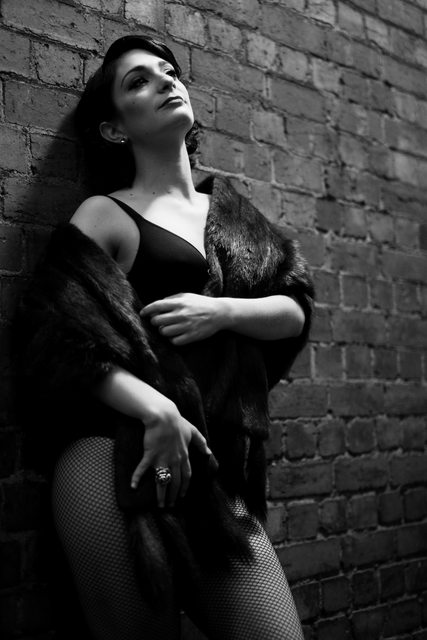 So what inspired Robson to write Guilty Pleasures? Ever listened to “Cell Block Tango” from Chicago and wondered just how those women all ended up in jail? What really drove them to commit murder? It was this thought that inspired Robson to write Guilty Pleasures; to consider what would drive someone to kill another person. With the book written, Robson then approached up and coming duo, Hugo Chiarella (lyrics) and Robert Tripolino (music) to create the songs and music for the show. Chiarella and Tripolino are best known for their original production Dreamsong. Chiarella is also part of the Les Miserables cast.

Guilty Pleasures is a one-woman show, with Cassimatis playing the role of five different women – each with a story to tell of just what motivated them to kill. The show has some lighter moments of comedy, but overall it's a darker contemporary style of show that Robson feels will appeal to a younger audience. Interestingly, Guilty Pleasures will play at Chapel Off Chapel during the season of Carrie: The Musical, making it an interesting and somewhat macabre double feature opportunity!

If the show is well received it is possible it will play seasons elsewhere. Robson's main aim is to use his Blue Saint Productions company to develop more shows that allow unknown, but incredibly talented, performers an opportunity to shine, further develop their talents and gain exposure in what is a very competitive industry.

Robson is very grateful for the opportunities he's already had – and doesn't take them for granted. He's appreciative of the audience members who wait patiently at stage door to thank the cast and ensure they get every autograph possible on their programs. Robson can see how easy it can be to be sucked into the idea of being “famous” and ensures he remains grounded by spending his time with other like-minded humble and grounded people. Robson has a work ethic that says you create your own work. He keeps busy, but he's loving every moment of it. One thing's for certain, expect to be hearing the name Joshua Robson a lot more in the future … and the names of all the other performers he's going to help develop in the process. First up: Angelique Cassimatis in Guilty Pleasures.

Where: The Loft, Chapel off Chapel

CATS Claw Their Way Back to Melbourne – Nova Music Theatre