Any show that is described not just as a black comedy but rather as a very black comedy is always going to be a hit with those audiences looking for an entertaining, wild night.

Baroness Bianka’s Bloodsongs has been thus described. Bianka  Bathory has just discovered she is a Baroness, an immigrant from the fictitious country of Ongewalaria, she accompanies herself on her national instrument, the ‘krinkleklitz (piano accordion) as she tells the story of her outlandish life through story and song.

The Baroness has a tale to tell where a gypsy, 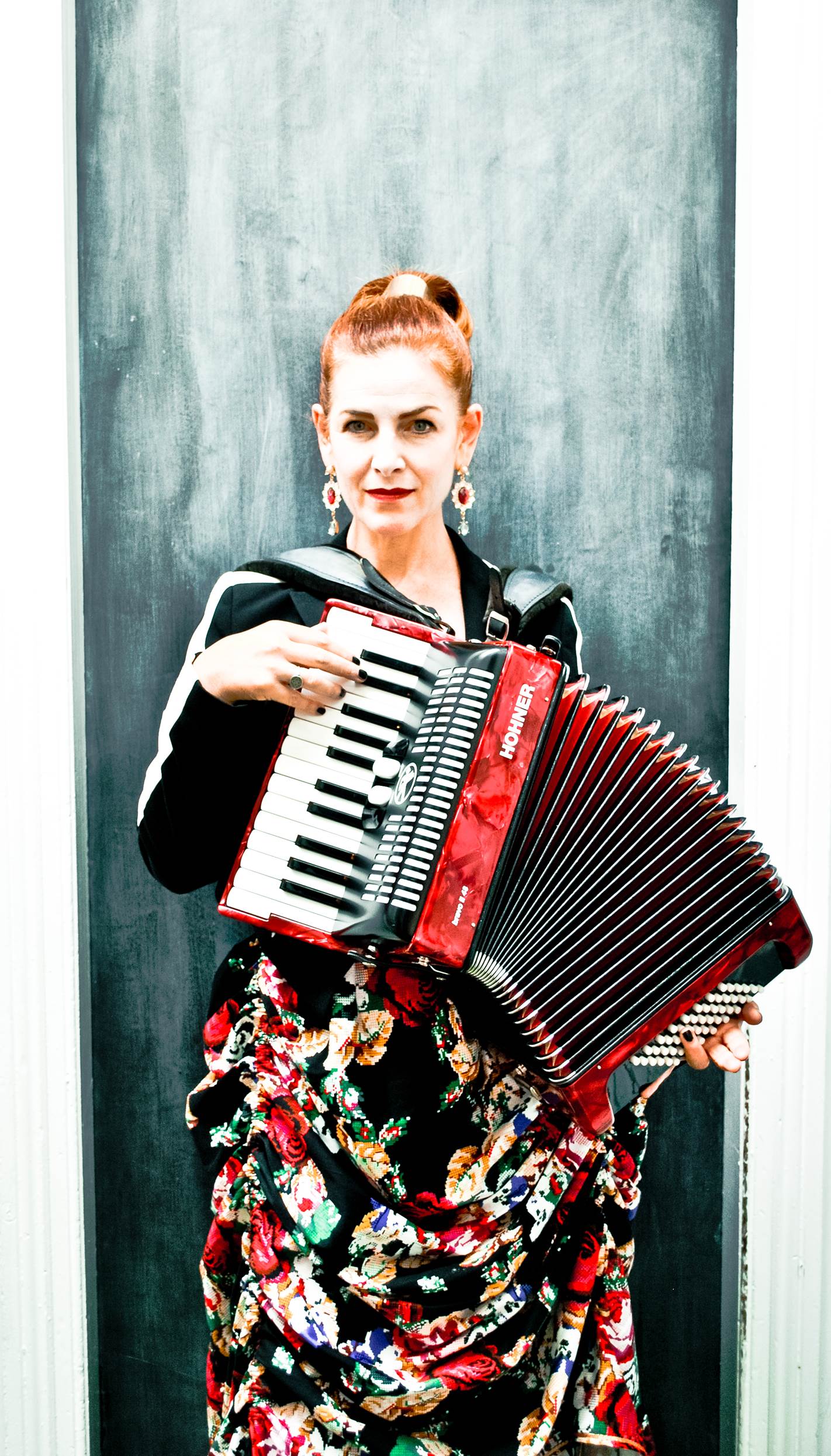 a dwarf and the ‘mark of the beetroot’ are all pivotal to her story. She articulates her exploration of the ways and means she used to get close to her particular and peculiar addiction, blood.

Joanna Weinberg wrote and stars in this macabre cabaret piece, believing that comedy can get us close to the truth. She uses the metaphor of extreme addiction in order to relate to people on a more basic level.  Weinberg explains what seems like a bizarre choice of addiction for her already, extreme character; “I wanted to get under the skin of someone who can't stop their behaviour. Addicts feel a lot of shame about their addiction. I thought an addiction that was completely taboo, like Blood, would help me to feel the embarrassment and humiliation which is felt by someone who simply cannot stop doing something even though they know it is wrong. “

While she sees herself as a as a cabaret performer; songwriter, a musician and a storyteller she does not see herself as a comedienne however she states; “…I play the character for truth, and the best comedy comes from truth.”

So the story, as wild as it would seem, will have some powerful moments of truth for many members of the audience. In fact Weinberg wants to surprise her audience and as much as she loves telling the story, she feels the shame and red faced feeling so well known to addicts. She confesses “When I play the role of the Baroness, I do feel great shame at admitting secrets to the audience, knowing they are confronted by my behaviour.”

This is Weinberg’s tenth one woman show and her third collaboration with Lisa Freshwater. Her talents are such that she needs no one else on stage with her in order to surprise and entertain as her wit, refreshing storytelling and powerful song writing make for an incredible romp.

There is something about the dynamic of a one woman show that Weinberg loves; that direct contact with the audience, that feeling that no one else can intrude on her message. She can be who she is and who she wants to be: “When I'm alone on stage I can completely be myself and express my unique vision, both musically and narratively. In life, I am compromising my thoughts and feelings all the time. Wife, mother, daughter are just some of my roles. But in a one woman show, I can be free. I can control the space and say what I really want to say.”

It’s certain that though this is her tenth it won’t be her last, and since this performance is based on the idea of a bizarre addiction, it is apt that Weinberg says of her love for the one woman show; “I love the risk and the fear of it as much as I love the excitement of it. I guess I'm an addict.”

So once again the Hayes Theatre in Potts Points is delivering a compelling, refreshing and madcap performance that will delight audiences. But Weinberg has one final warning, that this show is very much an adult’s only affair.. “Baroness Bianka's Bloodsongs will take you on a wild roller coaster ride, but please do not bring your children!”

John O’Hara is the Love God