Hitting the Stage – a look at some of the big shows opening in Australia and significant stages around the world.

Musical
Opening: Now Showing in Melbourne!
Cities: Melbourne, Sydney, Brisbane.
Written by Stephen Schwartz.
Director: Joe Mantello
Cast: Jemma Rix, Lucy Durack, Steve Danielsen.
The most awarded new musical and Broadway’s biggest blockbuster will thrill Melbourne and Sydney in 2014 and Brisbane in 2015. Awe-inspiring and spectacular, Wicked is the untold story of the witches of Oz. Long before Dorothy dropped in, two other girls meet in the land of Oz. One, born with emerald-green skin, is smart, fiery and misunderstood. the other is beautiful, ambitious and very popular. WICKED tells the enthralling story of two unlikely friends and how they became the wicked witch of the west and Glinda the Good. Experience it now. 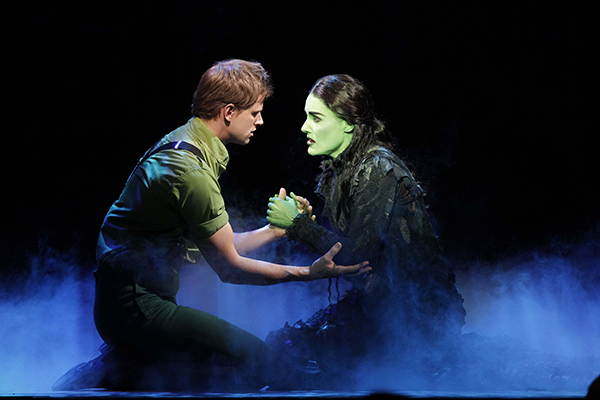 Above: Steve Danielsen and Jemma Rix star as Fiyero Tiggular and Elphaba Thropp in Wicked

Musical
Opening: 26th September, 2014.
Cities: Melbourne, Princess Theatre.
Written by Enda Walsh, Glen Hansard and Markéta Irglová.
Director: John Tiffany.
Cast: To be Announced.
Winner of 8 Tony Awards® including best musical, Once is a truly original theatre experience.
Once tells the enchanting tale of a Dublin street musician about to give up on his dream when a beautiful and energetic young woman takes a sudden interest in his haunting love songs. Emotionally captivating and theatrically breathtaking, Once draws you in from the very first note and never lets go. 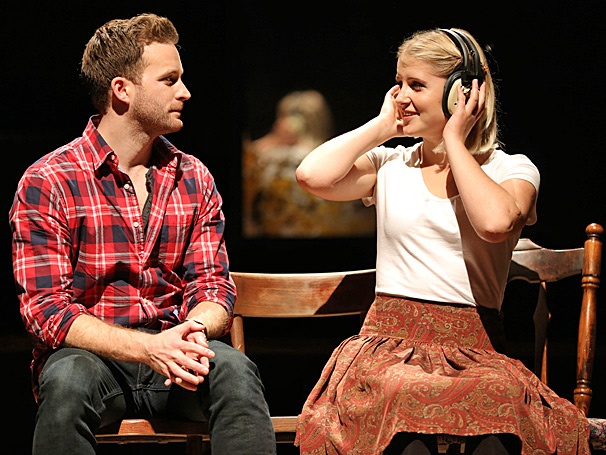 Above: Stuart Ward and Dani de Waal in the American National Tour of Once the Musical.

The King and I

Musical
Opening: Now showing in Melbourne!
Cities: Melbourne and Sydney.
Written by Rogers and Hammerstein.
Director: Christopher Renshaw.
Cast: Lisa McCune and Jason Scott Lee.
The King and I returns to Australia with our first lady of Australian musical theatre, Lisa McCune leading the cast, and internationally acclaimed actor Jason Scott Lee as the King of Siam for the Melbourne season.A triple crown award winner: The Tony, the Drama Desk and the Outer Critics Circle for Best Musical Revival, this dazzling show is a lavish and triumphant fresh new look at a time-honoured classic.

Play
Opening: Now playing till 5th July, 2014.
Cities: Melbourne.
Written by Santo Cilauro, Tom Gleisner & Rob Sitch.
Director: Sam Strong.
Cast: Nicholas Bell, Kat Stewart and Brent Hill.
Air Force One is London-bound for a surprise Christmas meeting between the US President and the British PM. It will be a diplomatic coup, not to mention one hell of a media opportunity – a no-risk vote-winner for the price of a little jet fuel, and the chance for the Leader of the Free World to give the speech of a lifetime. Yet with the seatbelt signs barely switched off, what appears to be a major international crisis begins to unfold. As the stakes rise and the clock ticks, the President and his advisors are forced to make some uncomfortable decisions.
Boasting a stellar ensemble cast featuring Erik Thomson (Packed to the Rafters) as the President, as well as Offspring’s Lachy Hulme and Kat Stewart, The Speechmaker promises to be an exhilarating stage debut from one of this country’s most successful creative groups.

Above: A promotional image for MTC's The Speechmaker

Australia has Tim Minchin's Matilda in its sights after it was recently announced the show would be opening in Sydney next year, and Baz Luhrmann's Strictly Ballroom: The Musical has just announced plans to transfer to Melbourne!

It’s Only a Play

Play
Theatre: Gerald Schoenfeld Theatre
Opening: October 9, 2014
Written by Terrence Mcnally.
Director: Jack O’Brien
Cast: Mathew Broderick, Nathan Lane, Megan Mullally and Stockard Channing.
It’s opening night of Peter Austin’s (Broderick) new play as he anxiously awaits to see if his show is a hit. With his career on the line, he shares his big first night with his best friend, a television star (Lane), his fledging prouder (Mullally), his erratic leading lady (Channing), his wunderkind director, an infamous drama critic, and a wide-eyed coat check attendant on his first night in Manhattan. If you’re heading to New York I wouldn’t miss this show, with a star studded cast it’ll be fantastic.

A Funny Thing Happened on the Way to the Forum

Musical
Theatre: TBA
Opening: April 2015
Written by Stephen Sondheim
Director: Alex Timbers
Cast: James Corden
Pseudolus, a slave in ancient Rome, goes to great lengths to gain his freedom by securing a courtesan for his young master, Hero. A revival of the classical musical.   Tony winner James Corden is in negotiations to star in this Broadway revival, according to the New York Times. Alex Timbers is attached to direct.

On the Twentieth Century

Musical
Theatre: TBA
Opening: Target 2014-2015, currently running as part of American Repertory Theatre’s current season.
Written by James Graham (book), Gary Barlow and Eliot Kennedy (music & lyrics.)
Director: Diane Paulus
Cast: Jeremy Jordan, Laura Michelle Kelly.
We got a sneak peek of this show after Jennifer Hudson's standout performance on this years Tony Awards. When a playwright meets a widow and her four boys in Kensington Gardens, he embarks on a friendship that inspires one of the most beloved stories of all time. Based on the Miramax film written by David Magee, Finding Neverland follows the real-life relationship between the Llewelyn Davies family and James Matthew Barrie as he writes the revolutionary 1904 play Peter Pan, or The Boy Who Wouldn't Grow Up. Watch Jennifer Hudson's Tony performance here.

Bartlett Sher has been announced to direct a revival of The King and I for Broadway's 2014/2015 season. Kelli O'Hara is believed to be attached to the project. Another show heading for the Broadway stage is our very own King Kong. Hoping to open early 2015 they’re yet to find the cast but Daniel Kramer will be directing. Additionally, Jason Robert Brown's new show is soon to open (and presumably will close rather quickly, if his run of fantastic shows under bad circumstances is anything to go by).

Play
Theatre: Old Vic Theatre
Opening: 4th July, 2014
Written by Arthur Miller
Director: Yael Farber
Cast: Richard Armtage, Samantha Colley and Jack Ellis.
Salem, Massachusetts 1692. When the stories of three local girls are taken as gospel, a small village populated by Puritans and petty local rivalries, is thrown into panic by talk of witchcraft. The community begins to purge itself, and as accusations fly suspicion alone is accepted as evidence. Written as a criticism of McCarthyism during the vigorous and unscrupulous investigations of Senator J R McCarthy in 1950s America, The Crucible is a timeless portrayal of communal hysteria and the evil of mindless persecution. 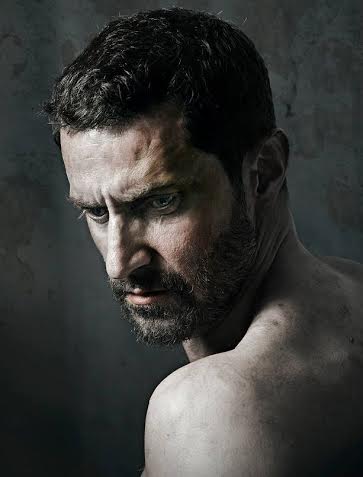 Above: Richard Armitage in a promotional image for The Crucible.

The Importance of Being Earnest

Play
Theatre: Harold Pinter Theatre
Opening: 17th July, 2014
Written by Oscar Wilde
Director: Lucy Bailey
Cast: Nigel Havers, Sian Phillips and  Rosalind Ayres.
Classic turn-of-the-century comedy of social manners. A very complicated plot that includes the famous "A Handbag!" line .. Jack Worthing is in love with Gwendolen Fairfax, daughter of the redoubtable Lady Bracknell, and cousin of his friend Algernon. They cannot wed until the mystery of his parentage (he was found in a handbag on Victoria Station) is resolved. Algy discovers that Jack has a pretty young ward, Cecily, living at the Manor and visits her pretending to be Jack's fictitious (and wicked) brother Ernest.

Musical
Theatre: Shaftesbury Theatre
Opening: October 9th, 2014
Written by Joe DiPietro and David Bryan.
Director: Christopher Ashley
Cast: Beverley Knight, Killian Donnelly, Rolan Bell, Tyrone Huntley and Claire Machin.
In the underground nightclubs of 1950s Memphis, Tennessee, the soul of a new era is dawning as the first incredible sounds of rock ‘n’ roll, blues and gospel are emerging into the mainstream. Falling in love with a beautiful club singer, one young man’s vision to bring her voice and her music out of the clubs and onto the airwaves of America will fly in the face of cultural divides and spark a music revolution that will shake the world.
Starring the Queen of British Soul, multi-award-winning recording artist Beverley Knight (The Bodyguard), with original songs by GRAMMY® winner and Bon Jovi co-founder David Bryan, and a gripping true-life inspired story from writer Joe DiPietro, Memphis will leave you exhilarated by its explosive blend of electrifying music, soaring emotion and roof-raising energy.

Musical
Theatre: Open Air Theatre
Opening: 17th July, 2014
Written by George Gershwin, Dubose and Dorthy Heyward and Ira Gershwin.
Director: Timothy Sheader.
Cast: Rufus Bonds Jr and Nicola Hughes.
Based on the DuBose Heyward novel, Porgy and Bess tells the moving story of the cripple Porgy and the residents of Charleston's famed Catfish Row. Recognized as an American masterpiece, the story entwines pride, prejudice, pathos and passion through a jazz and blues influenced score. Porgy and Bess introduced classic Gershwin songs like Summertime, I Got Plenty of Nuttin' and It Ain't Necessarily So, as well as magnificent and enthralling choruses that stunned music and drama critics alike at its premiere in 1935.

Stark and Dormy With James Pratt