After putting out the call to Melbourne’s street musicians, ONCE received an overwhelming response from the city’s talented buskers. The team from ONCE sifted through applications and narrowed the field to five finalists. The public will now determine who Melbourne’s Best Busker is by voting for the five finalists.

Public voting has opened today and closes at 5pm on Friday January 16 2015.

Along with opening a performance of ONCE, the winning busker will also win themselves a Martin guitar – a Martin Road Series DRSGT valued at $1699 RRP – and four tickets to bring their mates along to see the show.
Four runners-up will each receive a pair of tickets to see the show on Thursday 22 January 2015, along with a set of Martin SP Lifespan strings. 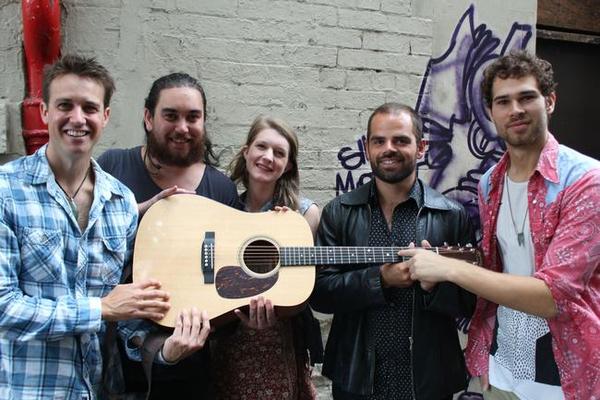 Based on the Irish film of the same name which became a surprise international hit in 2006 and won an Oscar for Best Song (“Falling Slowly”), ONCE follows the tender romance of an Irish busker and a beautiful Czech immigrant. The musical retains the film’s folk rock feel, with music written by Glen Hansard (The Frames) and Markéta Irglová. The team was inspired to bring the story of ONCE alive and discover the best busking talent on Melbourne’s streets! 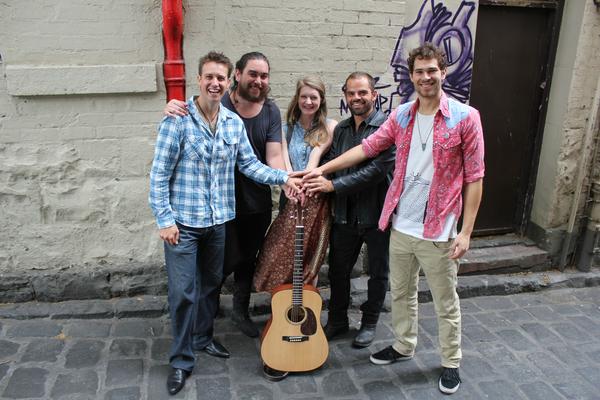 The public can get involved in the search for Melbourne’s Best Busker and vote for their favourite busker via www.oncemusical.com.au/busker


The winner will be announced on Monday 19 January and perform on Thursday 22 January 2015 at Melbourne’s Princess Theatre.

WHERE DOES HE BUSK? On Southbank and Acland Street in Melbourne and in Hargreaves Mall in Bendigo.

MUSICAL HISTORY: Grim played music in school, but after having a tumor removed from his sinuses at age 21, thought perhaps he could sing and gave busking a go. Grim is a full-time busker and has been awarded for his performances. He is the winner of the CQ Unplugged Summer Series (2013) Queenscliff Music Festival Busking Competition (2011) and Major Prize Winner of the Melbourne Fresh Unsigned Artists Competition (2011). Busking has taken him around Australia and the world. His first release, 8-track EP "Live at The Abbotsford Convent" is now available on iTunes & Spotify.

WHY DOES HE ENJOY BUSKING? As it’s a chance to play his own songs his way and to reach new people through music.

MUSICAL DREAMS? Busking around the world, playing gigs in Australia and abroad, working on his first EP and hopefully releasing an album. Would also love to open for Glen Hansard!

WHAT IS HE PERFORMING FOR US? An original song titled “The Hills & Home”

ON ONCE: “I’m a huge fan of Glen Hansard and the film ONCE. I was recently in the UK and wanted to play on the Dublin Street featured in the movie, but unfortunately ran out of money to make it across to Ireland. Winning this competition would be the next best thing!”

ON MARTIN GUITARS: “They are one of the world’s best guitars and I have a lot of friend’s that play them, but I never thought I’d be able to own one myself!”

WHERE DOES HE BUSK? Outside the State Library in Melbourne and at other locations on Swanston Street.

MUSICAL HISTORY: Josh has been playing guitar for 15 years and singing since childhood. He started busking aged seven with his Father, a singer-songwriter who has penned songs for the likes of John Farnham. Josh cut his musical teeth performing with his sister, Jessica Paige, at gigs and several festivals including TheCorinbank Festival supporting Xavier Rudd, The Darebin Music Feast, The Banyule Festival supporting Mark Seymour and St Kilda Festival. He has busked and played music full-time for the past seven years, which has taken him all over the world. He won the Young Songwriter Award at the Apollo Bay Music Festival in 2010. Josh is a third generation busker – his father, sister and even his grandmother busk on the streets of Melbourne.

WHY DOES HE ENJOY BUSKING? Because you get to play to diverse audiences and meet people face to face, instead of playing at gigs where people can be shyer.

MUSICAL DREAMS? To keep busking and travelling the world with music, playing
festivals in particular.

WHAT IS HE PERFORMING FOR US? An original song called “She Wanted to Fall”.

ON MARTIN GUITARS: “Martin make amazing guitars, and I’m excited to potentially get my hands on one!”

FROM: Originally from Mansfield (near Mount Buller), currently living in Melbourne

WHERE DOES SHE BUSK: In the Flinders Street subway between Elizabeth Street and the Yarra River, with her acoustic guitar.

MUSICAL HISTORY: Melanie got her first taste of music whilst attending boarding school in Albury, getting her start by performing in various musical theatre productions. She came to Melbourne to study at the VCA and is now under the jazz stream of the Bachelor of Music at Monash University. She has been busking around Melbourne for the past 18 months, and plays several instruments. Jazz has greatly influenced her musical journey.

WHY DOES SHE ENJOY BUSKING? Because of the busking community and its beautiful network of performers, along with the public themselves. Mel enjoys performing and sharing her music with people – plus it’s heaps of fun!

WHAT IS SHE PERFORMING FOR US? A Damien Rice song called “The Blower’s Daughter”.

ON ONCE: “It’s a story that street musicians can relate to. I saw the film when it first came out and learnt some of the songs, it’s sort of influenced my own musical career.”

ON MARTIN GUITARS: “I’m currently playing my mum’s old guitar so I would be super excited to have my own martin guitar to be busking and playing with. They make a beautiful sound!”

FROM: Originally from Perth, currently lives in Northcote

WHERE DOES HE BUSK? In Melbourne on Swanston Street and around Bourke Street Mall.

MUSICAL HISTORY: Simon started song writing at 16, busking for the first time in Sydney with a friend as a  schoolboy. He has been playing music seriously since 2009, working as a full-time busker and musician. Having originally started busking in Sydney’s Pitt Street Mall, he moved to Melbourne for the music scene and has been
busking on the city’s streets for the past five months. Once whilst busking he caught the ear of a local music producer who asked to work with him recording an original song.

WHY DOES HE ENJOY BUSKING? For the love of music and the thrill of setting up and playing in front of hundreds of strangers, spreading his own music and connecting with people.

MUSICAL DREAMS? Releasing a solo album and touring his music.

WHAT IS HE PERFORMING FOR US? An original song called “Butterfly”

ON ONCE: “I hold the story very close to my heart. I’ve seen the movie twice now and it relates closely to my life. Seeing the musical come to Melbourne re-ignited my interest in ONCE so I went out and bought a copy of the DVD – the same day I then saw the competition.”

ON MARTIN GUITARS: “They are a beautiful sounding instrument and it would be phenomenal to perform in front of the theatre audience with one.”

WHERE DOES HE BUSK? In Melbourne on Swanston Street.

MUSICAL HISTORY: Shane grew up listening to his Mum and Dad’s records. He bought his first guitar aged 18 and never put it down. He has performed in some of Melbourne and Sydney’s premiere venues and travelled Australia and Europe with his guitar. Along with busking he also performs at gigs and weddings.

WHY DOES HE ENJOY BUSKING? For the buzz! Forming a connection with people listening in and making them happy. He says there’s nothing like the thrill of people putting money in your guitar case and seeing your hard work pay off.

MUSICAL DREAMS? To continue playing music and to tour around Australia, work on the music for a film, and to finish putting together an album.

WHAT IS HE PERFORMING FOR US? An original song called “The Gingerbread Song” which he wrote about his wife and performed as she walked down the aisle at their wedding in the Czech Republic in 2014.

ON ONCE: Shane can see many parallels between the story of ONCE and his own relationship, marrying his Czech wife in her home country last year. “She is also musically inclined, and added background vocals to one of my original tunes, although leaves the performing to me!”

ON MARTIN GUITARS: “One of my most treasured memories is of my singing teacher who let me play his Martin HD28 1974 guitar. I’ve never forgotten the experience. It was one of the most beautiful guitars – when you strummed it you could feel the resonance go through your whole body!” 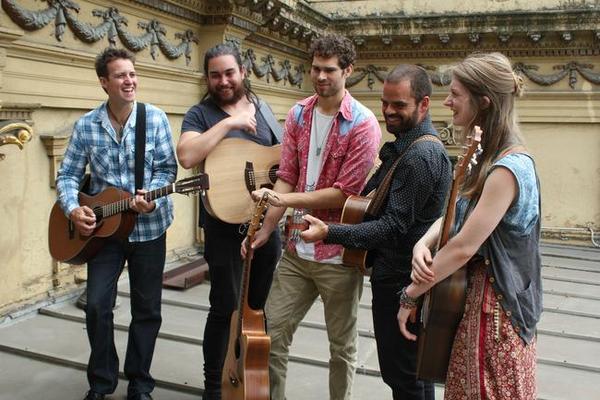 Part 1: Why Student Theatre? An Introduction.

TOP 7 things to see at the SheppARTon Festival