Heather Mitchell on STC’s ‘Rosencrantz and Guildenstern are Dead’

Until September 14, Sydney Theatre Company is staging Tom Stoppard’s Rosencrantz and Guildenstern are Dead, directed by Simon Phillips and starring Tim Minchin and Toby Schmitz as the title characters, and Ewan Leslie as ‘The Player’. You can read the TheatrePeople review of the production here. The cast also includes Heather Mitchell, star of many Australian films and TV series with credits including including A Country Practice, Proof with Hugo Weaving, two Spellbinder TV series, Crownies,  and recently in Baz Luhrmann’s The Great Gatsby. TheatrePeople caught up with Mitchell to get an insider’s perspective on the production. 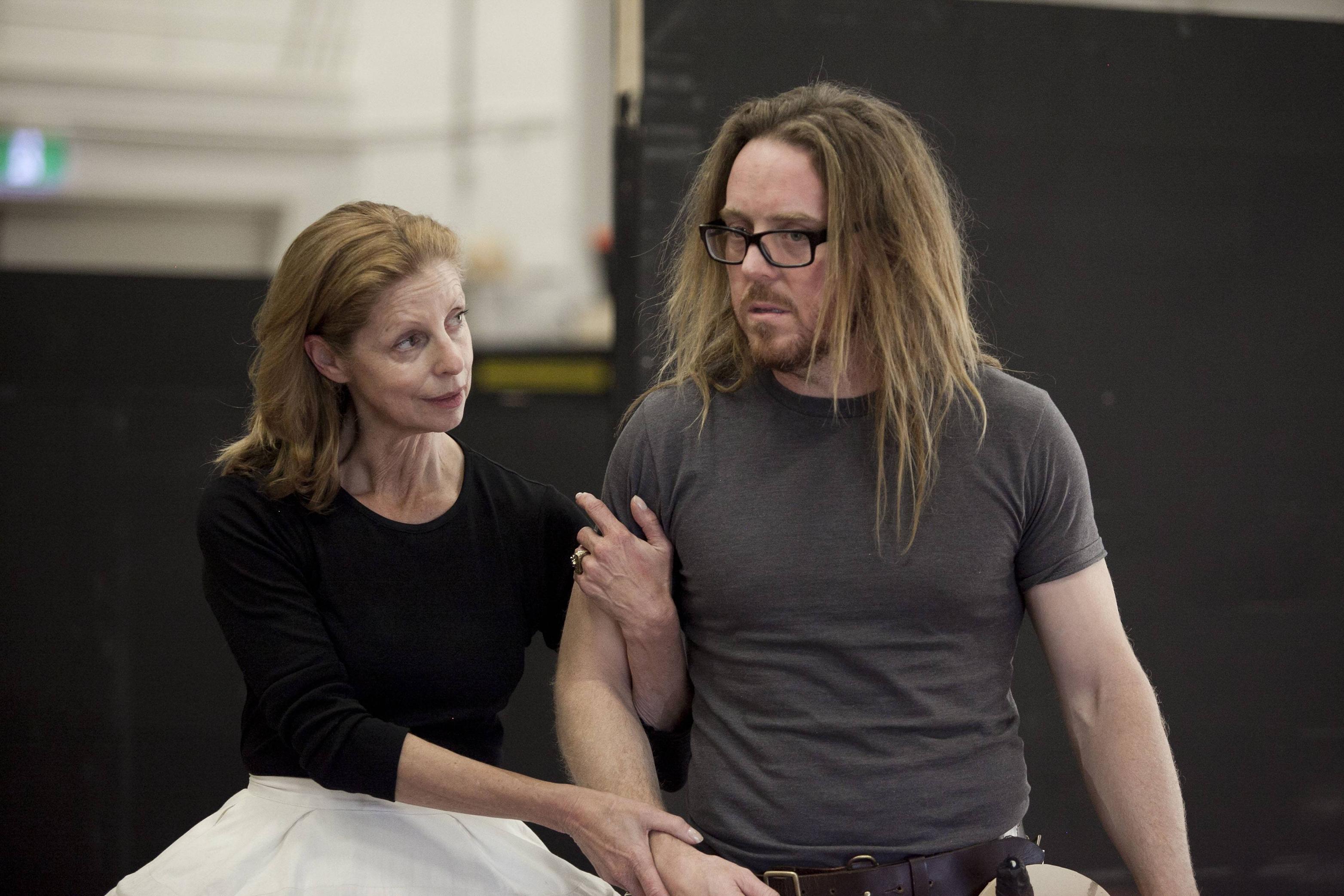 In 2008, Mitchell played the role of Hamlet’s mother, Gertrude, in Bell Shakespeare’s Hamlet, and now she is returning to the role, albeit as a smaller role in the background of the absurdist comedy that is Rosencrantz and Guildenstern are Dead. While this incarnation of Gertrude is a relatively small role, for Mitchell the chance to work with director Simon Phillips was too attractive to pass up.

“Simon was running the Melbourne Theatre Company for years, and he asked me many times to work down there but with (family commitments) I found it very difficult to work down there and to go away for months at a time. So working with Simon was the first thing. Then, when I heard Tim Minchin and Toby  and Ewan were involved, well, I’ve worked with Toby and Ewan before and have been a great admirer of Tim, and when I heard that the three of them were involved I just wanted to be in the room.” 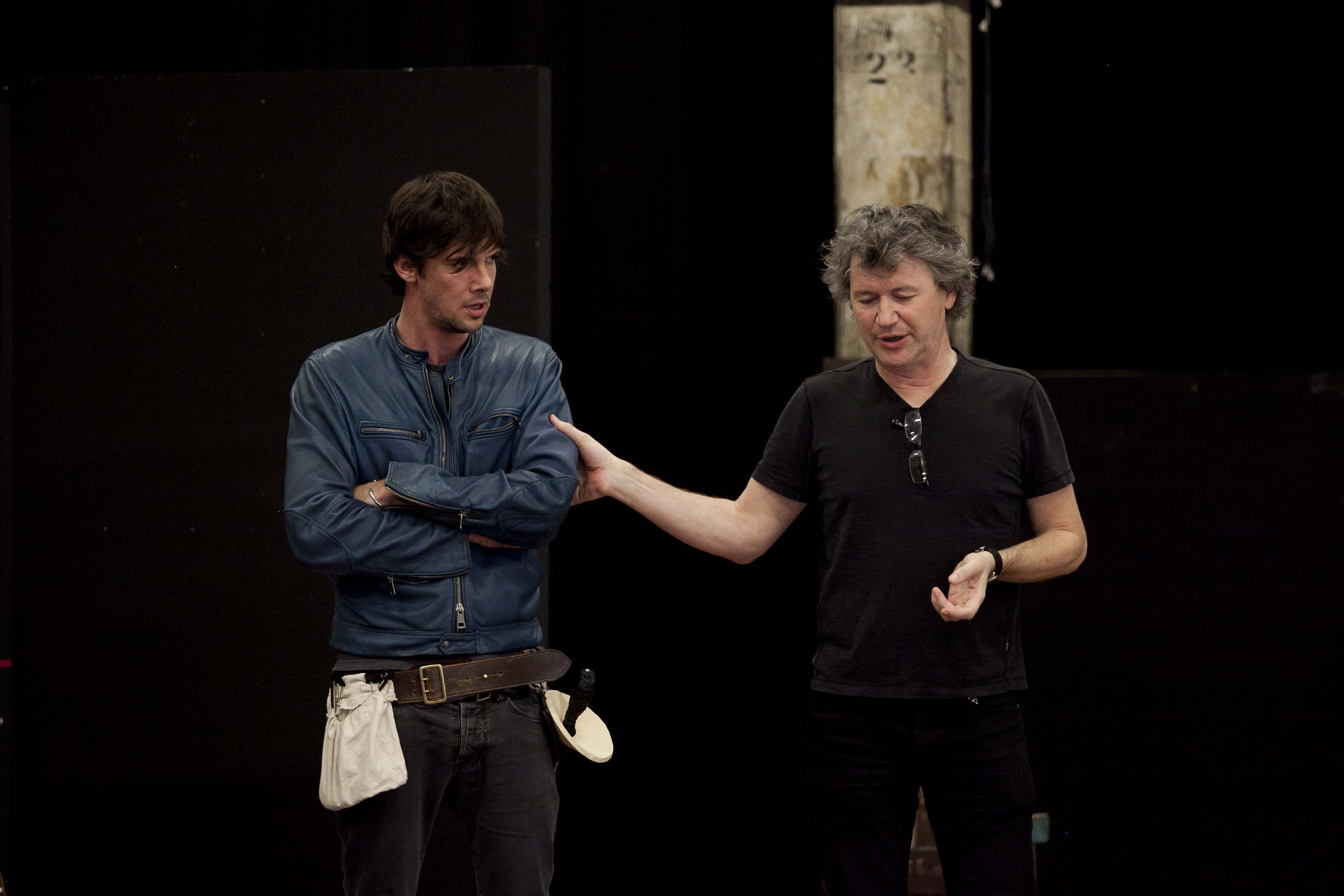 Mitchell admitted that she had some initial hesitation about being bored or frustrated with a small role in the production, but from the beginning of the rehearsal process found the energy and relationships among the cast to be energizing. She describes Phillips as an “extremely detailed’ director with a “great sense of humour and a really positive style that just makes him always a positive force in the room.”

Mitchell also credits her enjoyment of the production to the work of Minchin, Schmitz and Leslie: “they are just doing extraordinary work” she says, “It was such joy just being in the rehearsal room watching them, and actors playing the troupe of players have such a great energy”. Of Minchin, she says he brings a ‘wonderful simplicity’ to his character, naive and gullible with no sense of cynicism about him. “He is also a wonderful foil for Toby as Guildenstern” she says, “and there are great moments in the script that are almost like Abbott and Costello, yet them play them together so genuinely”. As Guildenstern, Mitchell describes Schmitz’s performance as having a ‘great complexity’ as he tries to solve the puzzle of their existence. Together with director Phillips, she says that they have brought a rhythm and pace to the play that further enhances what exists on the page. 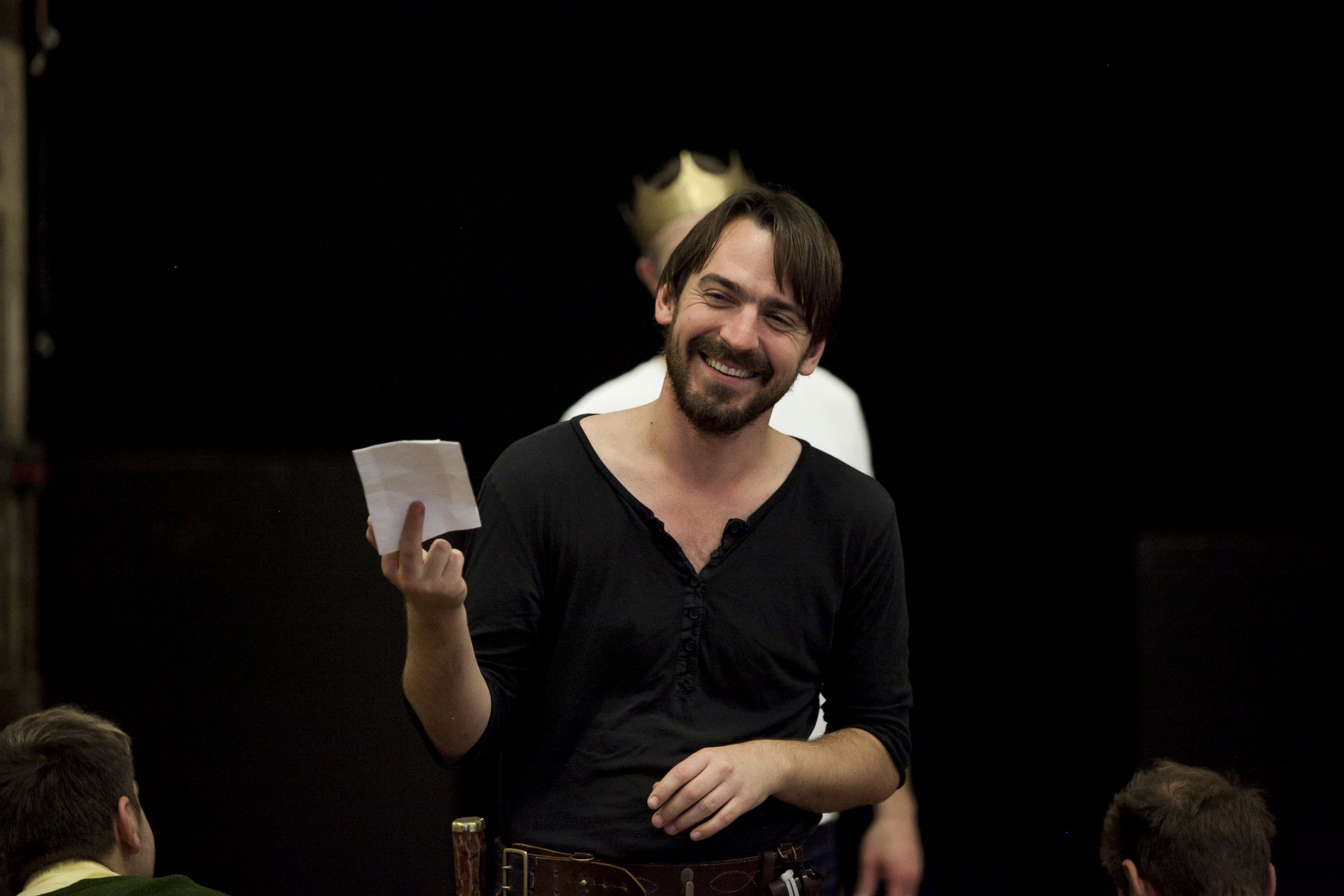 Mitchell describes Leslie’s depiction of the player as a heartbreaking character, as a man who had great dreams and is stuck in the wrong time. “He has great vision for his troupe of players and a great pride and respect for his craft, and he feels that the work they perform is not worthy of them.”

Of the production, Mitchell is amazed at the attention to detail in the Elizabethan-styled costumes. Set as an Elizabethan period piece it reflects a style that is ‘overblown and theatrical’. “I think the costume department have had a ball”, says Mitchell, “I don’t think I’ve worked on a period piece for over ten years where all the costumes have been made just for the production, and Ruth, who made my costume, tells me that she dreams about it at night, it has been such a big job.” The men’s boots have been handmade from imported leathers, and Mitchell’s own dress as Gertrude has a ‘weight’ and ‘regal feeling' about it 'without seeming in any way frivolous'. The scale of the production is increased by the fact that all of the background characters, the cast of Hamlet and the troupe of players, have all been cast separately, making for a particularly large cast. Phillips’ casting has been described be reviewers as ‘inspired’ with each performer credited with bringing something unique to the performance, and Mitchell’s 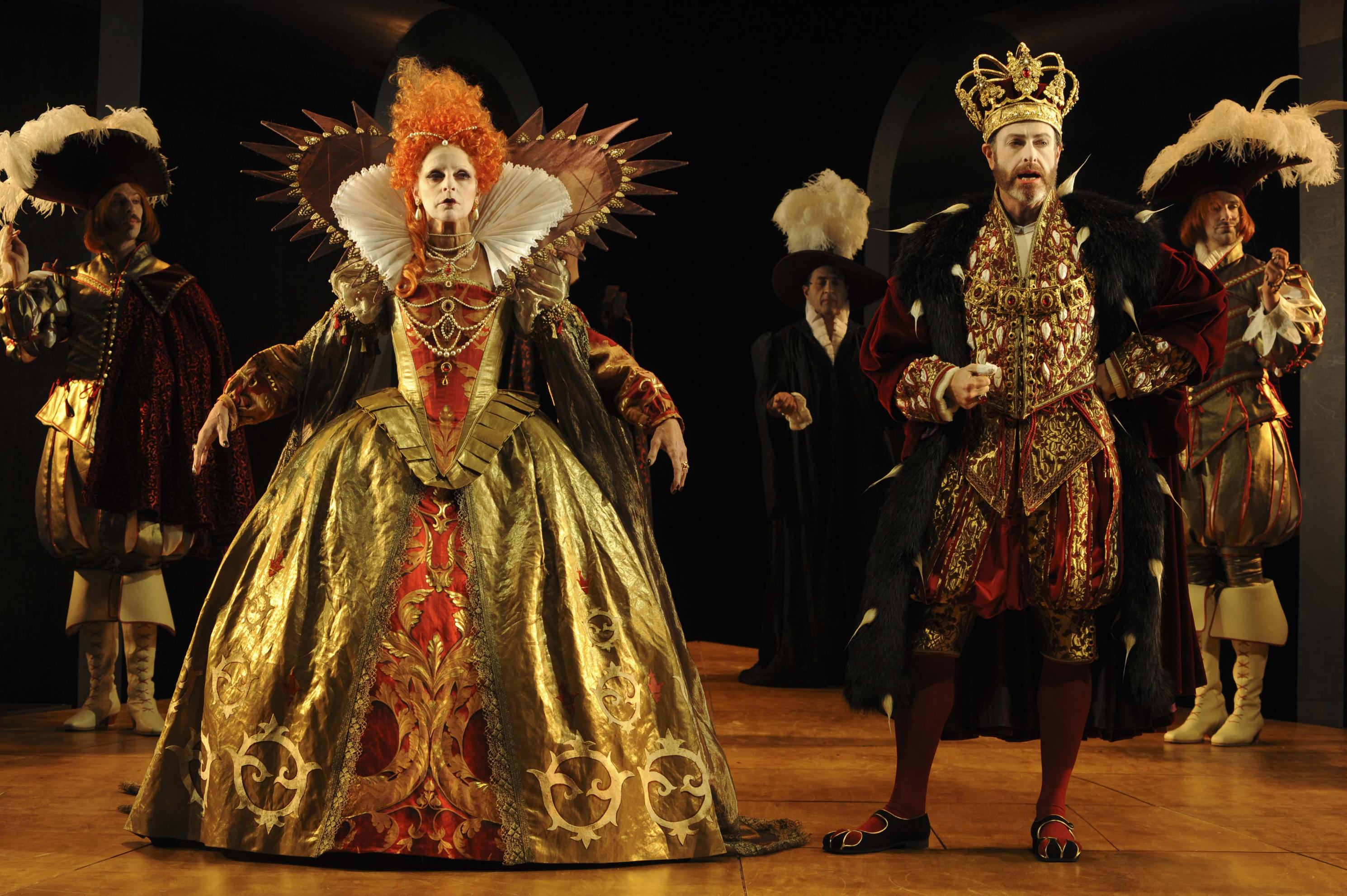 praise for her cast-mates seems to be echoed by all who go to see the show.

The production opened in early August and has three weeks left to run. If you can beg, borrow or steal a ticket, get yourself along to one of the remaining performances. There are still limited tickets releases available daily, so visit STC’s website for more information.

Dos and Don’ts When Dressing For The Theatre